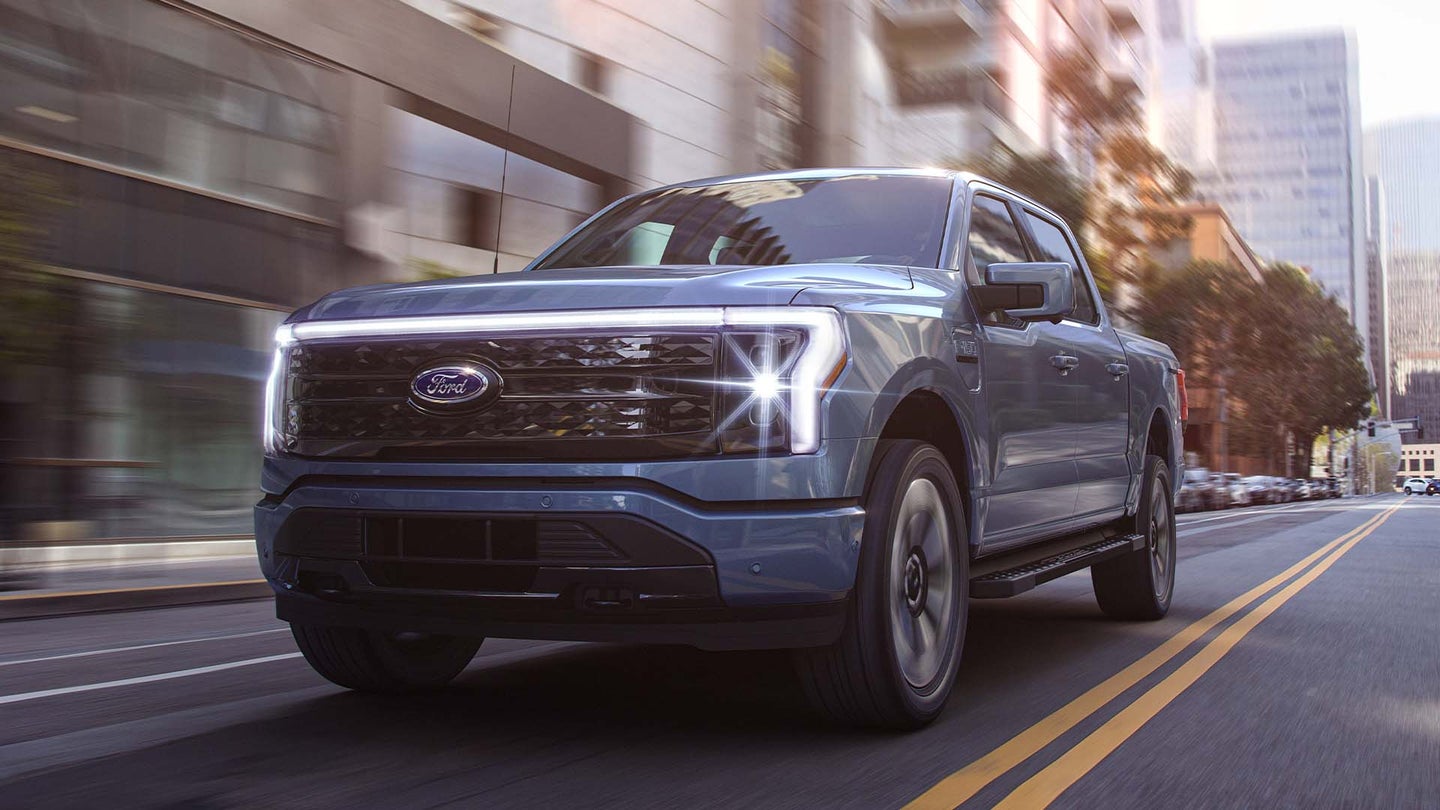 In case you hadn't heard, order banks for the 2022 Ford F-150 Lightning open on Thursday, Jan. 6. Riding on the back of that announcement, which came in first thing Tuesday morning, Ford has opened its online configurator for the battery-powered pickup. And while the commercial-spec Lightning Pro comes in at $41,669 after destination, the ultra-premium Platinum trim more than doubles that with a starting MSRP of $92,569. That's big money.

To be fair, this gets you a totally loaded truck with no real options left to tick. You can add accessories like floor liners and bed dividers, but aside from that, it's pretty well spec'd out. Let's look at what's included for the Platinum's admittedly huge sticker price.

Standard is the extended-range battery pack, which Ford projects will net 280 miles of driving per charge for Platinum models. That's actually 20 miles less than what's expected out of XLT and Lariat trims, presumably because the top-tier truck weighs more with all its added features. Regardless of that, the dual-motor drivetrain is said to provide 563 horsepower and 775 pound-feet of torque, which is plenty to pin your noggin against the headrest.

The Max Trailer Tow package is also included, meaning every Platinum will be able to pull the Lightning's full capacity of 10,000 pounds. Ford's 9.6-kilowatt Pro Power Onboard mobile inverter can be found out back, and it's capable of powering an entire house for three straight days or charging other EVs when needed. It's undoubtedly a luxury vehicle with advanced powertrain tech, but it's still able to work like a normal F-150.

As you'd hope for with a pickup this pricey, the Lightning Platinum gets its own interior scheme that's unique to the electric model. It's just as plush—and usable—as its EcoBoost-powered counterpart, too. Even with the batteries underneath, the floor is the same height on the Lightning, meaning it retains roughly the same dimensions inside and out, from overall height to interior headroom. Eighteen-speaker Bang & Olufsen audio is baked in, and the 15.5-inch vertical display controls everything from the navigation to the massaging seats.

Ford said on Tuesday that it plans to produce 150,000 Lightning trucks annually, which is nearly double the previously announced target of 80,000. It'll take a ton of manpower (and cash), but if anyone has the industrial might to pull it off, it's the Blue Oval.