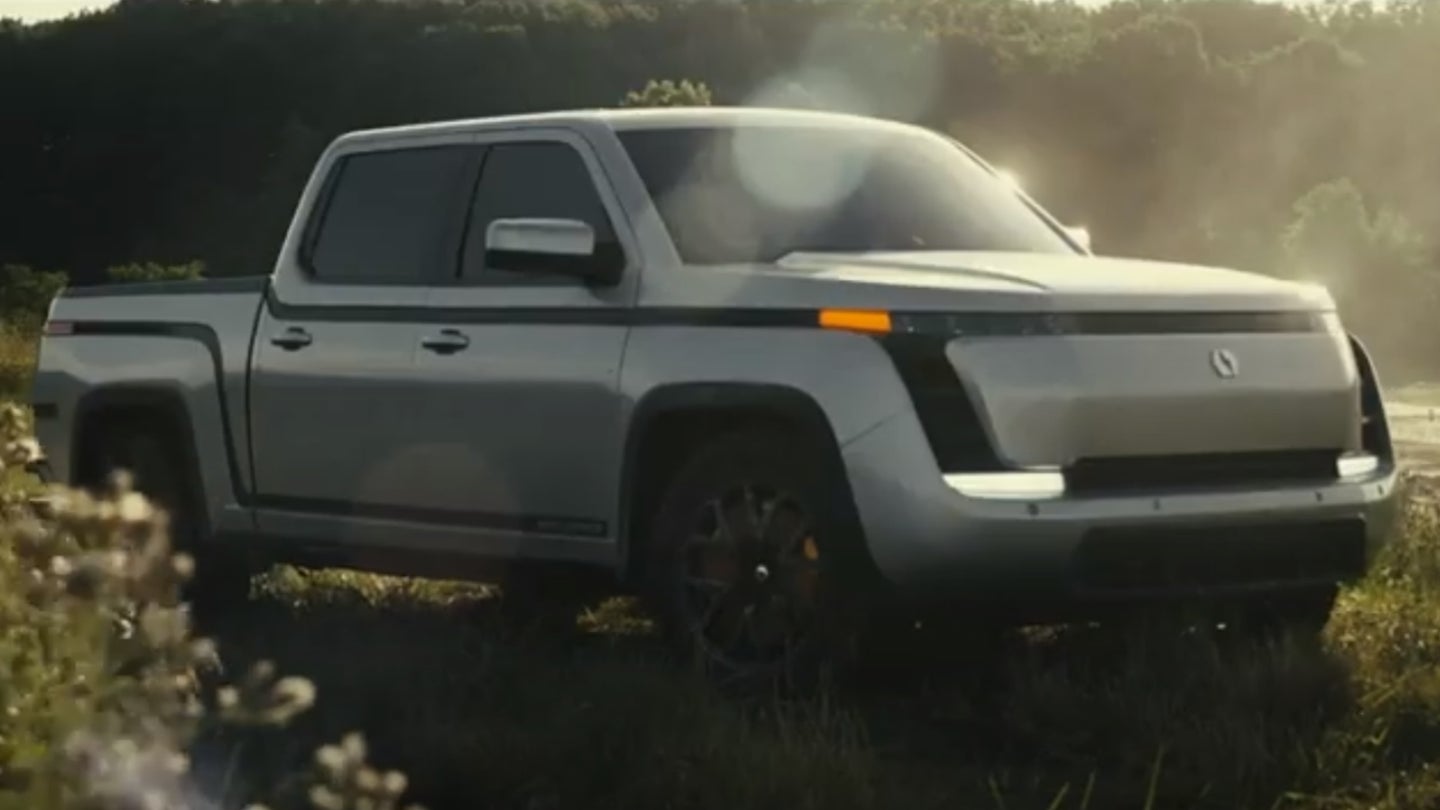 Lordstown Motors is one of the many players in the EV pickup game looking for a piece of what's sure to be a lucrative pie. In attempts to distinguish itself from the sea of others, the makers of the Endurance electric truck have released a new video to stir up a bit more interest, and really, it ain't half-bad.

You can see the truck hauling big round bales of hay, guiding around the odd cow and doing a bit of off-roading as well. The video also has some typical pickup truck ad sort of stuff—talk about hard work, somebody grinding something, baseball caps. The usual.

It's a neat clip, and a lot of electric car companies don't get as far as building a working prototype.

If you can't get over the Endurance's looks, perhaps you'll be a little more interested in its performance. How does 600 horsepower sound? And it has proper four-wheel-drive thanks to a hub motor at each wheel. Towing is also solid as it'll supposedly haul 6,000 pounds up a 30-percent grade.

Lordstown doesn't tell us how far it can tow that weight, but the unladen range is claimed to be 250 miles. Lordstown also says the truck will be able to charge in as quickly as half an hour using a level three fast charger, which is especially good.

But, like everything, none of this matters if the price isn't right. In the case of the Endurance, the base MSRP ends up at $52,500 before federal tax credits. That puts it firmly into half-ton truck territory, especially when you consider that not a lot of people—besides fleets, perhaps—actually end up buying base models. Lordstown also has a smart graphic on its website that estimates ownership costs for an Endurance pickup versus a Ford F-150. As you'd expect from a company comparing itself to its rivals, the Endurance is far cheaper in the long run.

If all of this interests you very much, you can reserve an Endurance for yourself before they're slated to hit the streets in summer 2021. Seeing as the company recently purchased GM's Lordstown assembly plant to make the truck, I would say that it's probably serious about keeping its word on those deliveries. Let's just hope they're being truthful about the 20,000 reservations and letters of intent they've received. They'll need those sorts of sales to compete with the likes of Rivian, GM and Bollinger.