When Ford unveiled its electric F-150 Lightning pickup, it promised 230 miles of range with the truck's standard battery pack and 300 miles with the extended-range unit. As it turns out, Ford may or may not have literally been sandbagging when making those claims because according to one YouTuber, those figures were calculated with 1,000 pounds of payload on board.

Tech YouTuber Marques Brownlee recently got an in-person look at the extended-range electric pickup and dropped this little tidbit: "I actually learned something from the people at Ford who were walking me through the car that I haven't seen anywhere that is definitely worth sharing... that 300-mile range is the EPA-estimated rating with 1,000 pounds of cargo in the trunk."

Without that extra weight, then, the Lightning's range would naturally be quite a bit higher. Of course, the F-150 Lightning happens to feature an onboard range indicator that takes into account towing and payload using Onboard Scales. And when unencumbered by any cargo or trailers, the Lightning Brownlee previewed showed 367 miles of range available with a battery that was "about 80-ish percent full." A little napkin math, then, says an empty and fully charged F-150 Lightning should be able to travel almost 460 miles without seeing a plug.

When we asked Ford about this, it declined to comment, with a company spokesperson replying in an email, "We are confirming that we have a targeted EPA estimate of 300 miles for the extended range derivative. No further detail to add at this point."

One of the more common and cynical comments left on previous F-150 Lightning stories have been folks understandably questioning the volt-powered Ford pickup's range once it's actually carrying stuff, pulling loads, and doing work. It looks like Ford may have already taken that stuff into account. 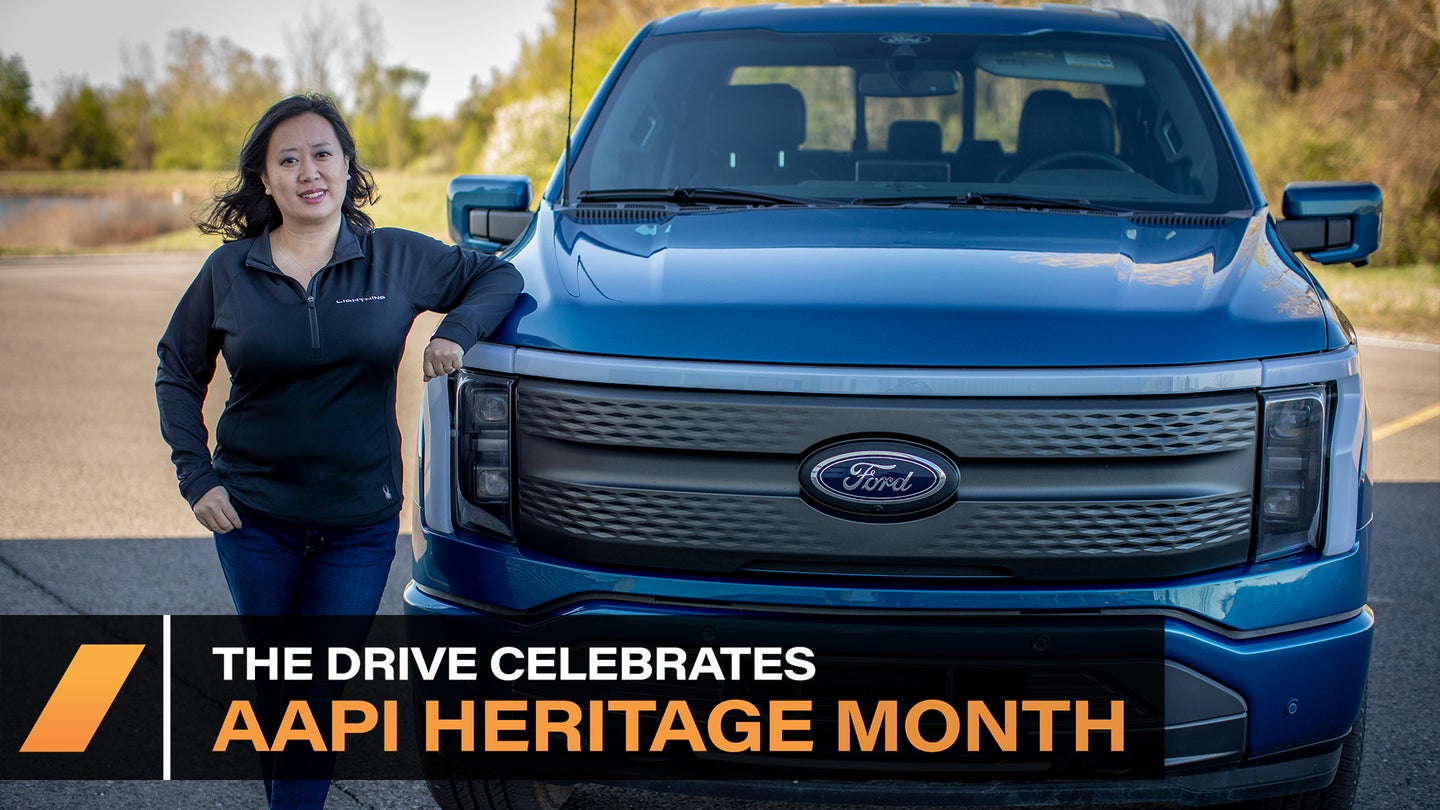 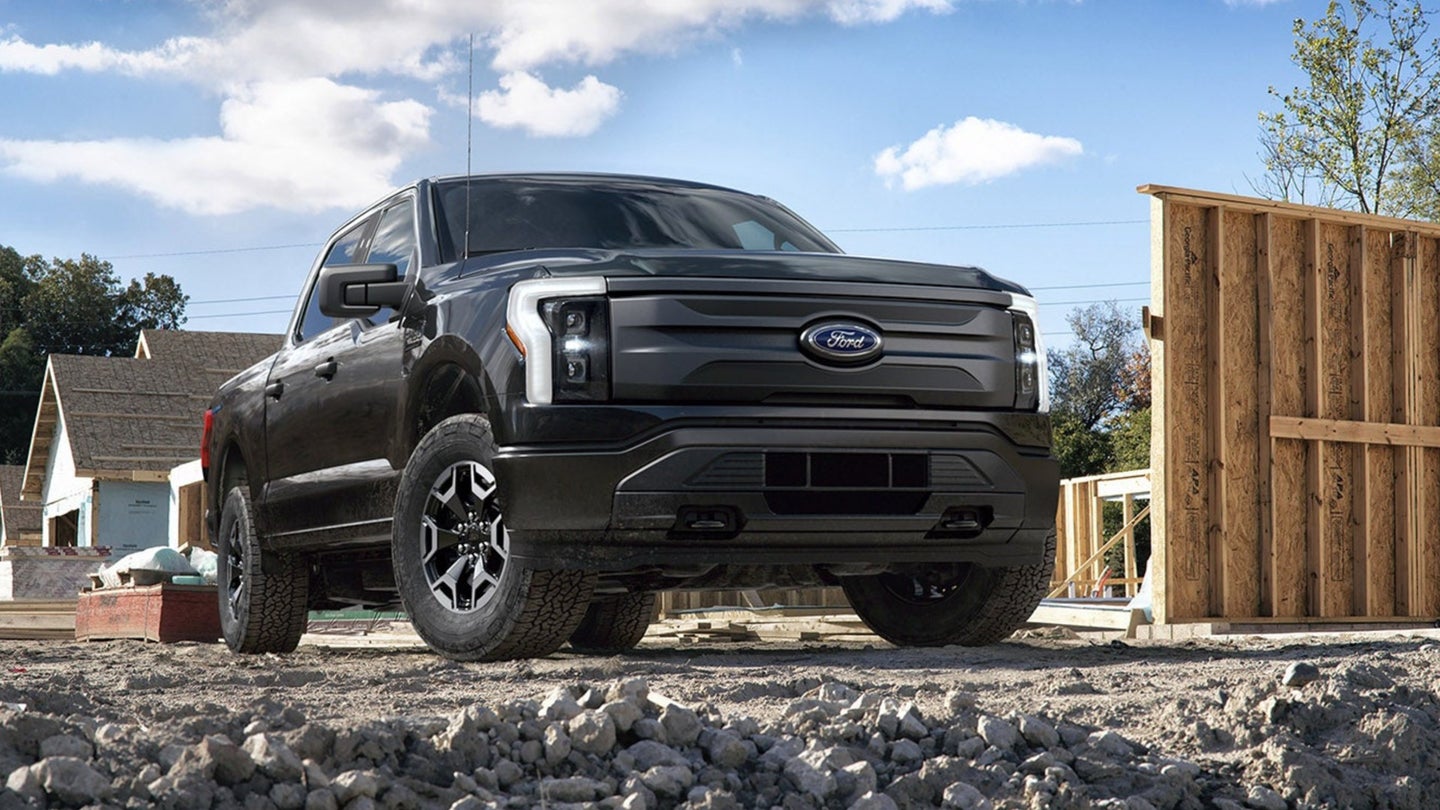 Ford’s battery-powered pickup truck will be able to put in the work. Here’s how. 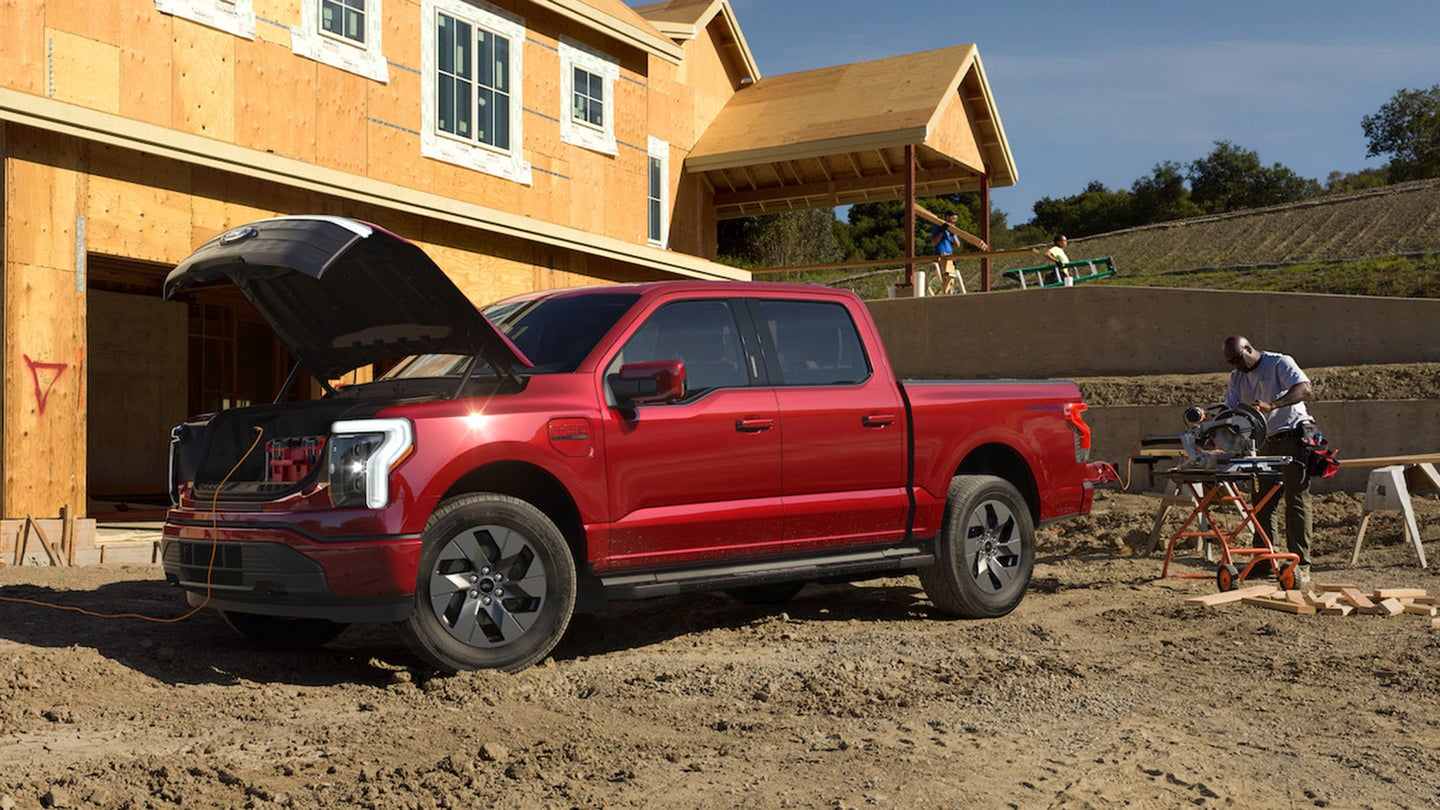