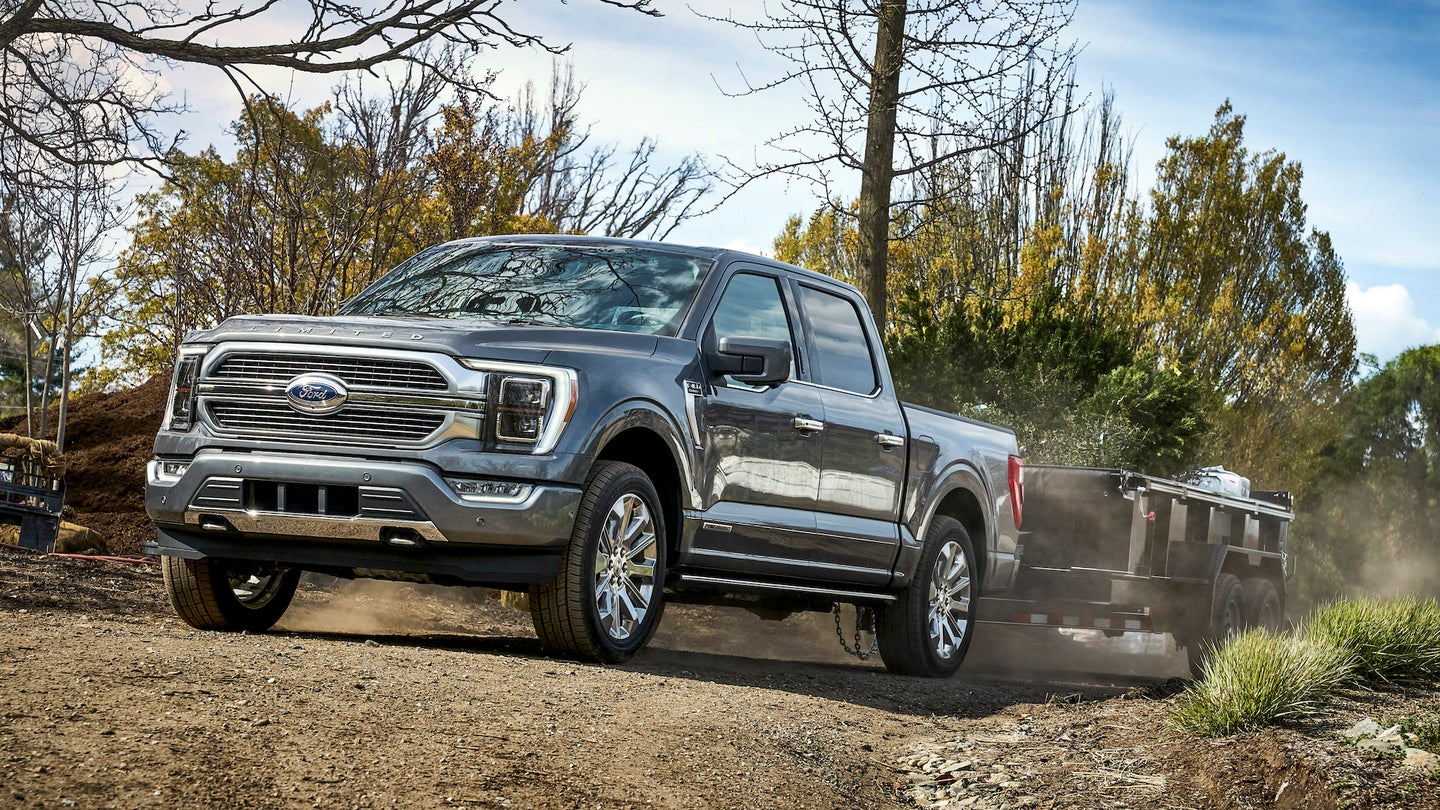 As if the new Ford F-150 weren't already super popular, Ford is introducing a trio of new features that should make truck life a little easier. To start, the 2021 F-150 will soon be available with an onboard scale built into the bed to measure payload. No more weighing each piece of cargo on a bathroom scale and adding all the numbers up on your TI-83 calculator before each journey. Because that's what truckers do, right?

The measured payload can be displayed on the truck's infotainment touchscreen, or on your phone if you have the FordPass app, or—get this—on the F-150's LED taillights. A lot like the battery icon at the top of your phone, the taillights tell you how loaded the bed of the truck is by how many lights in the inner orange portion are lit. The more you carry, the more lights come on and the top portion will flash if the scale detects an overload.

Even more impressive is that the scale—the exact functionality of which hasn't been disclosed yet, but we'd guess is connected to the truck's suspension—will apparently be able to tare out an existing load to easily measure any additional stuff you're throwing in the bed. So turn scale mode on and ask your significant other to climb on up if you're brave. Ford's disclaimer is that the weight measurements are approximate, but we're eager to get our hands on one to see just how accurate it is.

In addition to the payload scale, Ford is also introducing a smart hitch that can measure the tongue weight of any trailer that you're towing with the F-150, and like the bed it can tell if that number is dangerously high. Lastly, a tweaked suspension system will offer "continuously controlled damping" for better ride and handling in high payload and towing situations. Ford clarified to us that this isn't the same thing as adaptive dampers (such as MagneRide); we asked for more info on this as well and the automaker said it'd get back to us.

However it all works, 2021 Ford F-150s equipped with the onboard scale, smart hitch and those fancy dampers will be rolling out starting in June, with deliveries slated to start late summer.

Pickups have come a long way, and nothing proves that like a side-by-side look at the two.