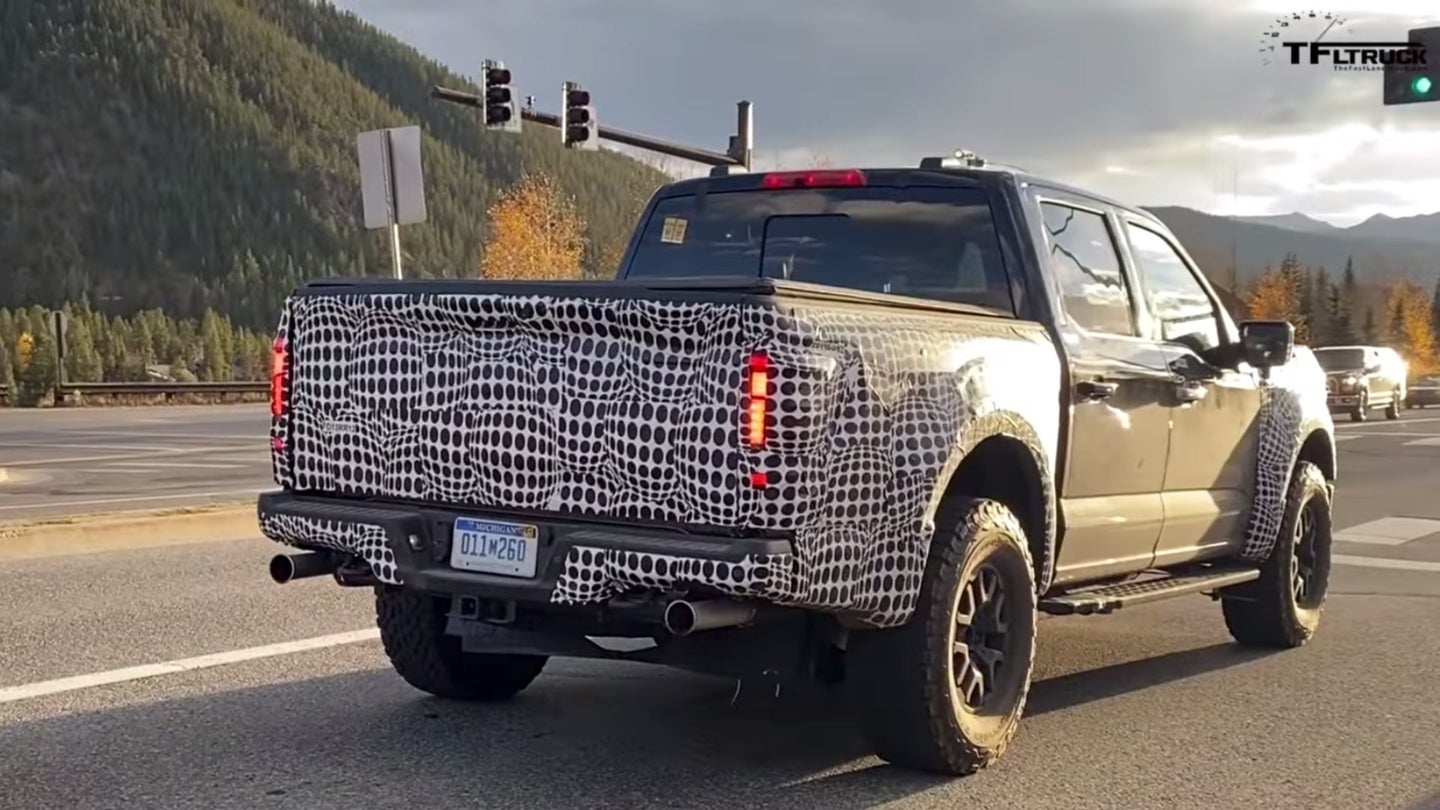 I'm not going to pretend that I know what engine the next-gen Ford Raptor will have. At first, I thought it was almost definitely a V8, probably supercharged to the gills to take down Ram's TRX. Now, though, after I watched this video posted by the team at TFL Truck, I have my doubts. Could it be a twin-turbo, hybrid V6? A more traditional V8? Maybe both?

A partially camouflaged Raptor prototype is the subject of this clip, which was shot somewhere in the Denver, Colorado area. Automakers are known to test here given the high altitude and particularly chilly winters, so it's no surprise to see Ford flogging its super-truck where Ram was spied doing the same just a couple of months ago.

When driving, the Raptor mule's exhaust is surprisingly quiet. That's not to say the production model won't ditch a muffler or two for the sake of entertainment, but it's tough to get a good listen here. Our best shot comes when the truck rolls to a stop at a red light beside the camera vehicle.

Personally, I'd say the noise around the 2:30 mark sounds more like a V6. It wouldn't be surprising if Ford went this route to further prove its EcoBoost-based powertrains and, with the PowerBoost hybrid already putting up some impressive numbers, there could be even more untapped potential. Plenty of folks would have something to say if that's the case, but there's no denying that electrification can boost power in a crazy way, especially when it's combined with forced induction.

It's exciting to finally see competition in this segment. The Raptor has long been an undeniably awesome performer, but don't expect the next one to have 450 horsepower like the outgoing model. No way is Ford going to give up that much to the 702-hp Ram. Instead, it seems more likely that the Blue Oval will shoot for an even higher figure, which we know the supercharged 5.2-liter Voodoo can manage. Plus, the 650-pound-feet torque rating isn't far out of reach—the normal F-150 PowerBoost already makes 580 pound-feet.

Maybe that's why we heard last month that Ford will offer the Raptor with both powertrains. You know how seriously these guys take best-in-class claims, after all.