A Radical, Jet-Powered Ford F-150 Is Coming to Rocket League 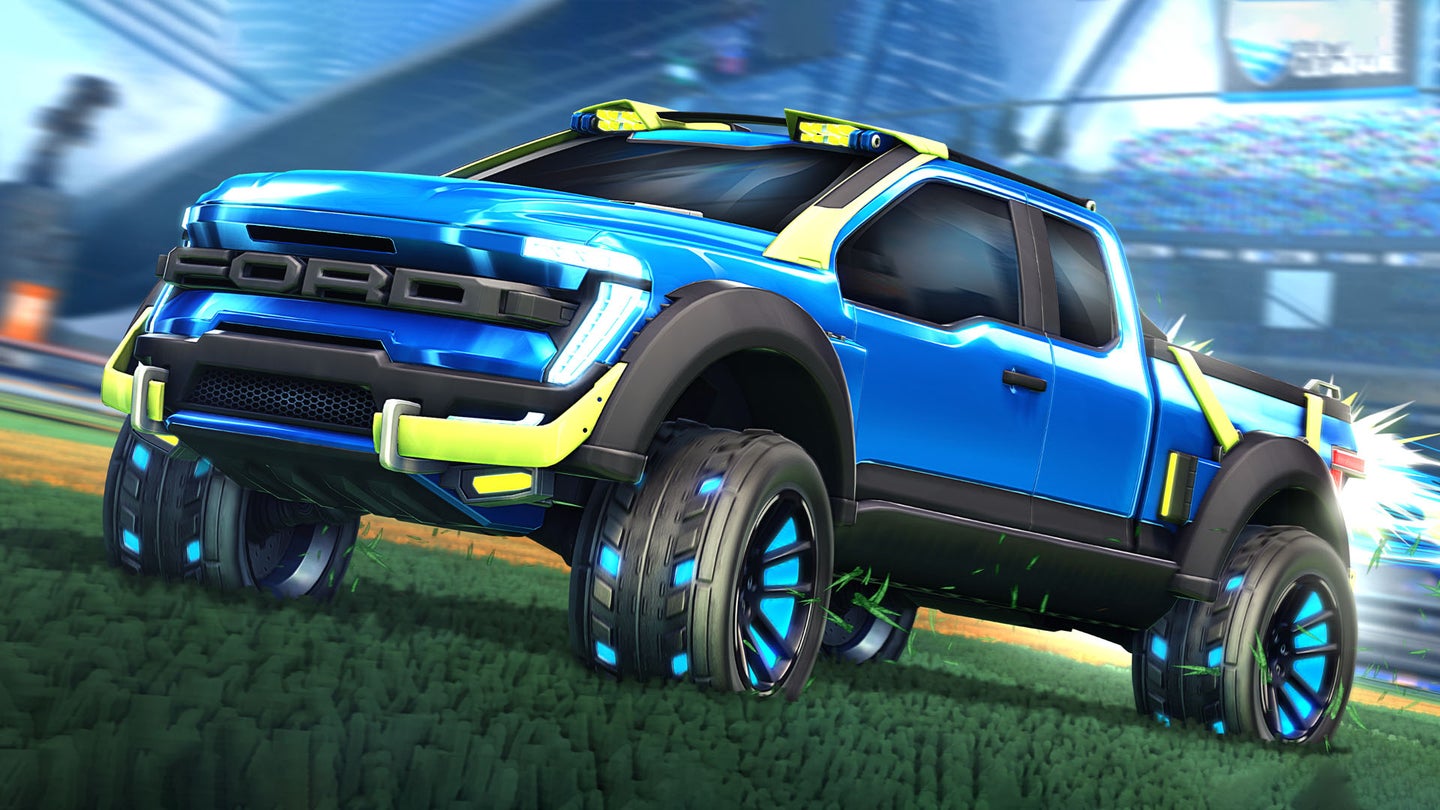 Automakers occasionally make incredible concept vehicles in video games to show off their design skills and get a little extra exposure to a different audience. Some of them, like the cars that get raced around in Gran Turismo, capture the imagination of automotive enthusiasts. While Rocket League—a game where jet-powered cars play a game of massive soccer—isn't exactly realistic, Ford decided it was a good place to show off a radically redesigned F-150 that looks a bit like the new 2021 Raptor.

Known as the F-150 Rocket League Edition, it was designed in collaboration with Rocket League's developers, Psyonix. To be clear, it only exists in-game—not even the Raptor R will have light-up wheels and jets on the back—but that doesn't take away from what an awesome design it is. It's like a new Raptor...but turned up to 11.

Ford isn't just throwing this wicked new F-150 into the game as a one-off thing. The Blue Oval has an esports team and is sponsoring the Rocket League Championship Series Winter Majors tournament later this month. At least having a toe dipped in the digital world seems like a priority for Ford then. Probably a good way to get kids and young adults interested in the brand's vehicles early.

As far as the truck itself goes, it features many of the same design elements of the new 2021 Raptor pickup. They are, of course, a little cartoonish, though. The wheels light up with a powerful blue aura, there are jet exhausts spouting fire coming out of the taillights, and lime-green accents adorn the front bumper, bed, A-pillar, and roof. There are still regular disc brakes, though. Even in the futuristic, digital universe of Rocket League, disc brakes are the go-to method for stopping your jet-powered, soccer-playing pickup truck. A very interesting development. 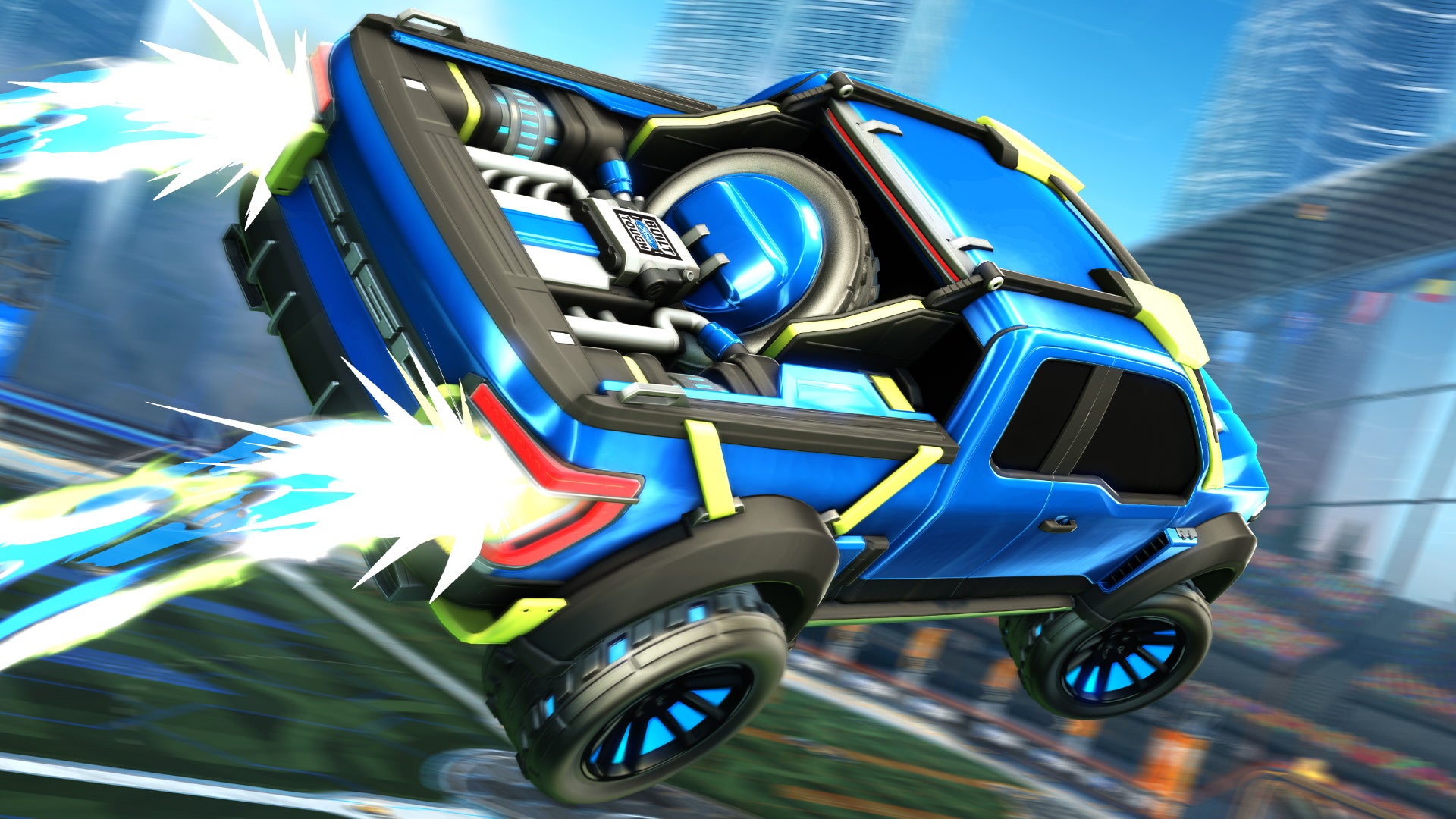 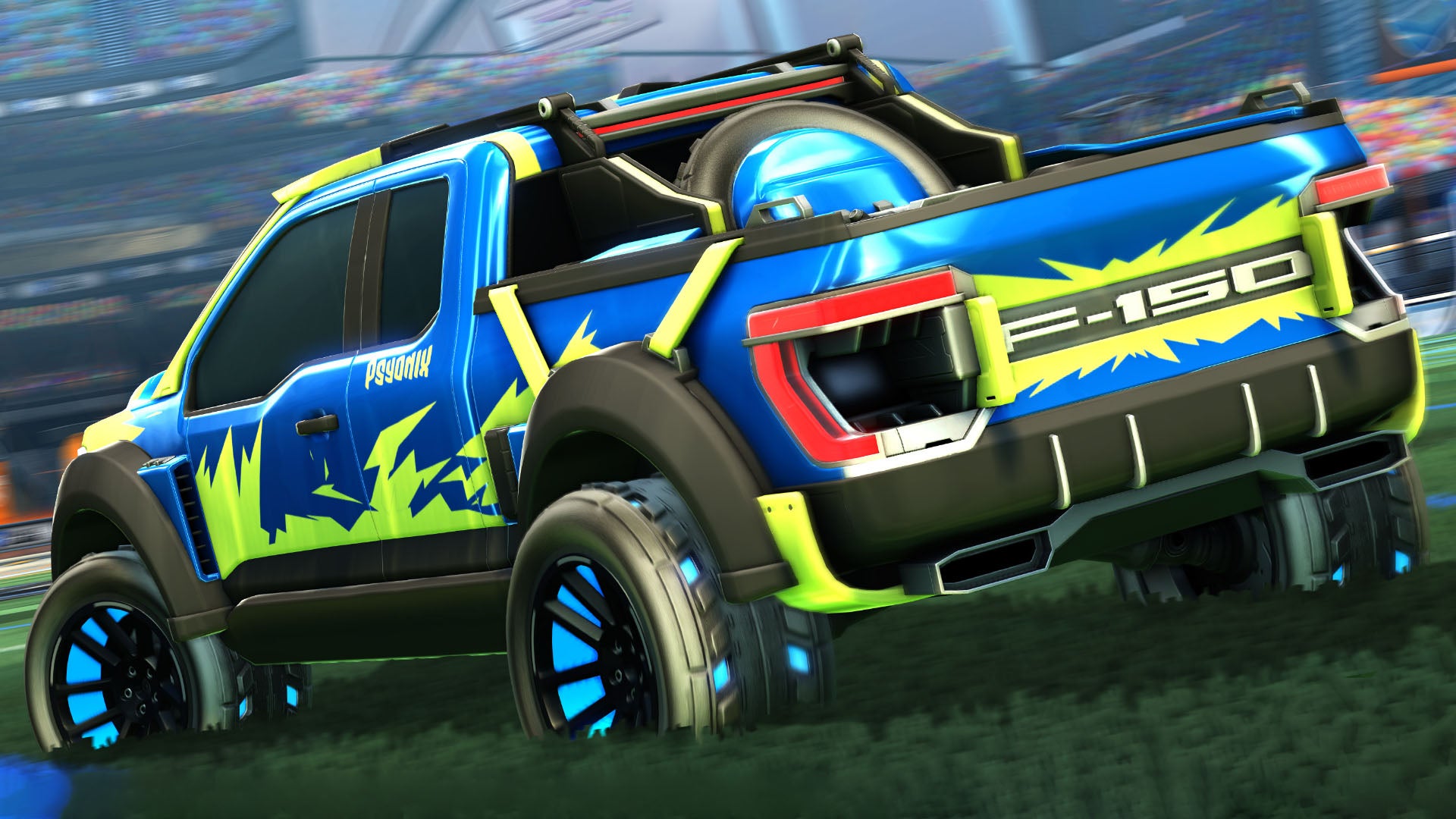 Ford also plans to run commercials featuring the truck narrated by Bryan Cranston. You know, the guy from Breaking Bad? He seems like a reasonable spokesperson for a fictional soccer-playing jet truck if there ever was one.

In any case, if you play Rocket League, you'll be able to buy this super-Raptor for an undisclosed price when it becomes available as an in-game purchase later this month. Be aware, though. It will only be available for eight days following the 20th, so if you want an F-150 in the game, you only have seven days to debate the purchase or ask your parents for permission—and then that's it. At least you won't need to finance this pickup for 96 months, though.