It’ll be going up against the 702-hp Ram TRX—so look for another high-powered V8. 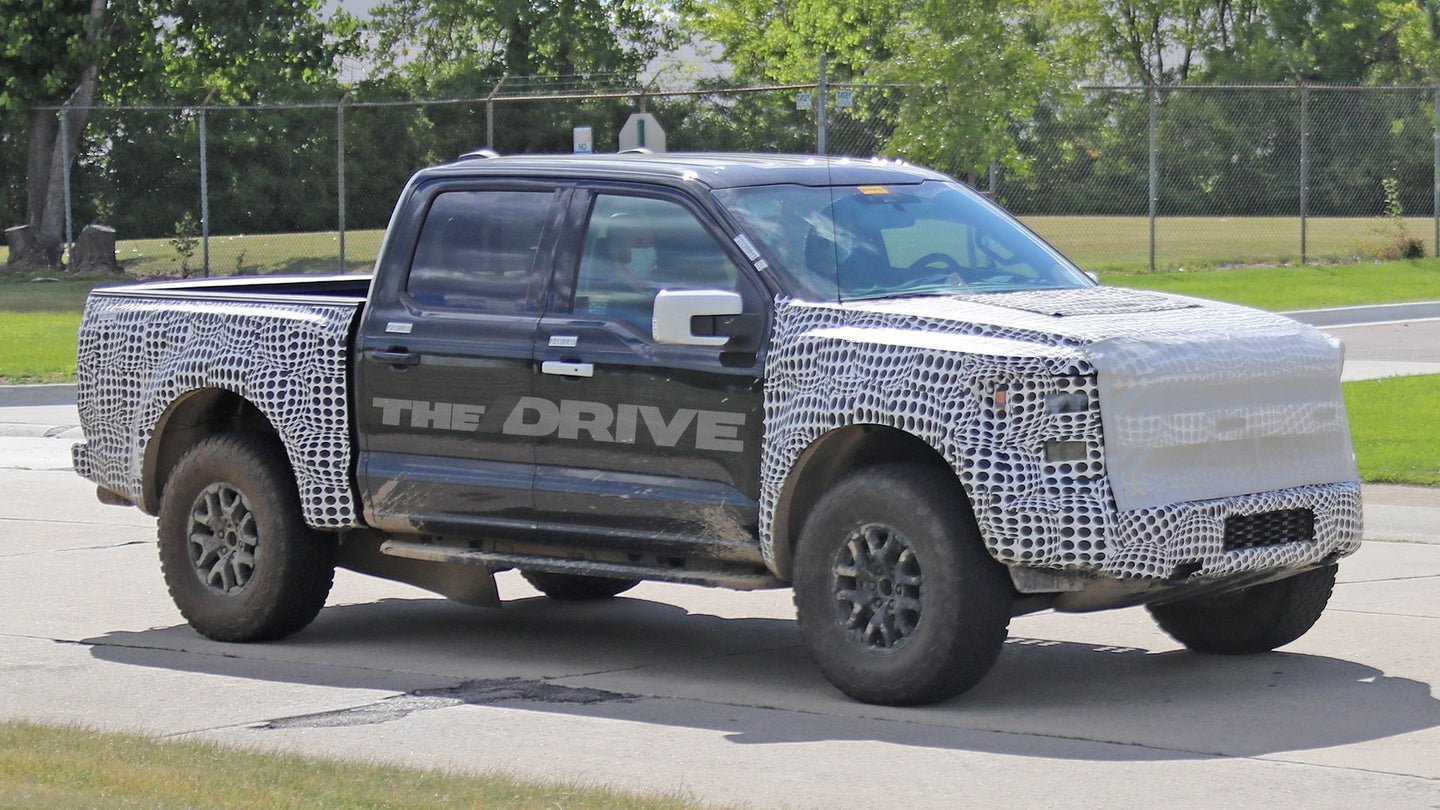 Ever since Ram released its 702-horsepower, off-road-thrashing TRX pickup, it's sat at the top of the fast truck hierarchy. That spot had been held for years by Ford with its F-150-based Raptor, but in comparison, its 450-hp EcoBoost V6 can't hold up to the Ram's Hellcat V8. The Blue Oval is looking to rectify that with the reveal of its next-gen Raptor, which we'll officially see in full come Feb. 3, Ford has confirmed.

Reports from Car and Driver claim that two separate models are on the way—the normal-but-still-hot Raptor and an even more capable Raptor R. The latter is suspected to get a version of the Predator 5.2-liter supercharged V8, which currently calls the Mustang Shelby GT500 home. It produces 760 hp in that spec, though it's possible that the supposed Raptor R could be slightly de-tuned.

We've speculated in past reports that the 3.5-liter twin-turbo EcoBoost might return with the 2021 Raptor, though later videos seemed to reveal a hearty V8 grumble. With alleged news that two different variants are part of Ford's rollout plan, it certainly seems possible that we were right on both counts. Regardless, don't expect Ford to back down from Ram's challenge—you can bet they want to make those Easter eggs look silly and dated.

Past the powertrain details, the 2021 Raptor looks set to feature coil spring suspension at all four corners. Like the Ram, then, it should be catered to even higher-speed off-roading with travel and stability at the forefront. We wouldn't put it past Ford to match the Ram TRX's 35-inch tires and, on the rumored Raptor R, 37-inch all-terrains could make an appearance. Perhaps it's wishful thinking, but we'll keep on.

In any case, we'll be on the lookout for more details ahead of the forthcoming super truck's Feb. 3 debut. Tune in to Ford's social media channels at 11 a.m. ET to watch and click on over to The Drive for full coverage.

Got a tip about the 2021 Ford Raptor? Send us a note: tips@thedrive.com. Or, email the author: caleb@thedrive.com