With $42 billion in revenue in 2019, the F-Series alone brings in more money than McDonald’s and Nike. 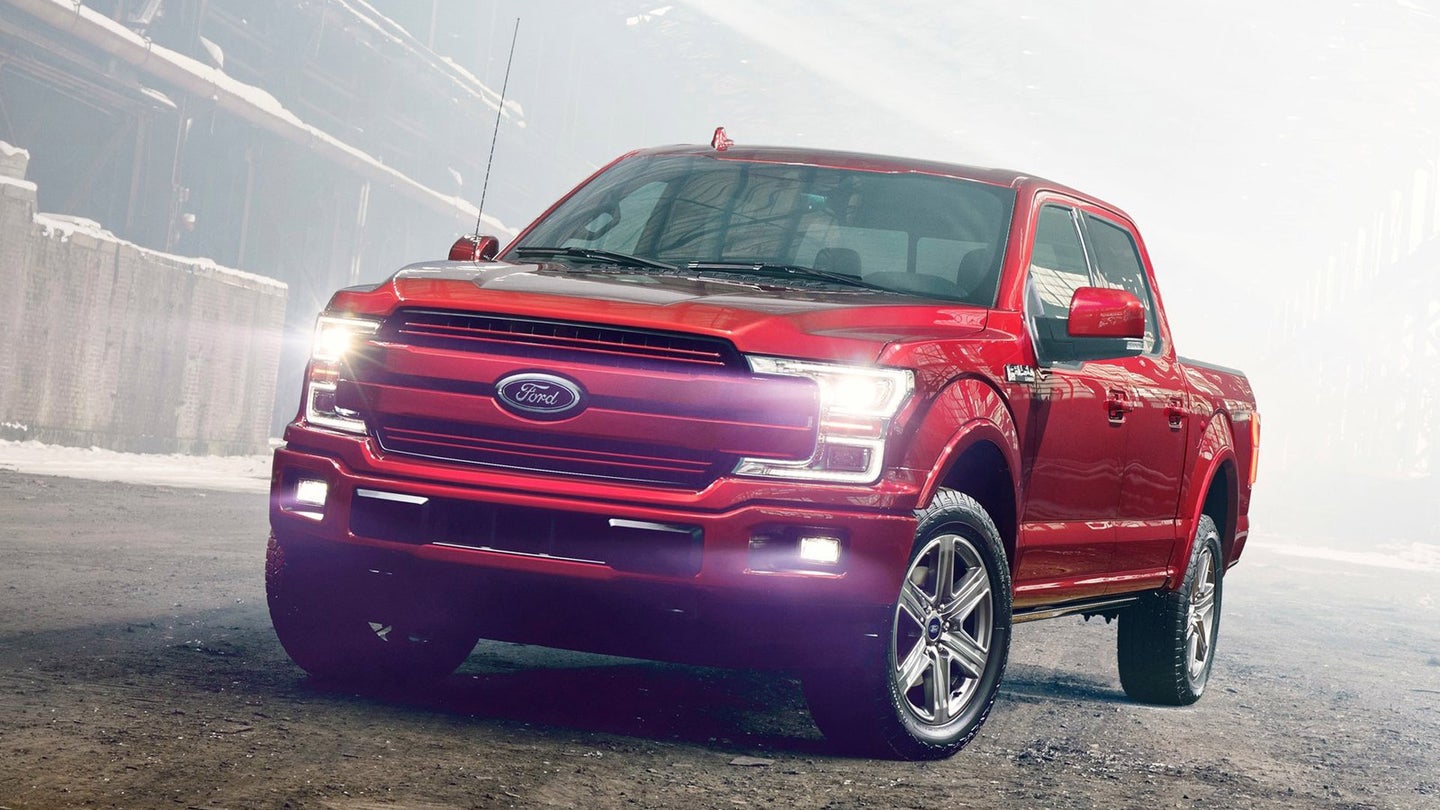 Good Wednesday morning and welcome back to Speed Lines, The Drive's morning roundup of what matters most in the world of cars and transportation. Today we're talking about the importance of the Ford F-150, Mercedes-Benz's big new deal with Nvidia, and what a total mess U.S. air travel is right now. Let's get started.

It's Kind Of A Big Deal

Forget the new Bronco, forget the BMW M4 (I bet you want to, with that face) and forget even the Volkswagen Arteon. In fact, forget almost every other consumer product that's set to debut this year. The new Ford F-150, set to be revealed tomorrow if it doesn't leak sooner, is by revenue perhaps the most important thing you can buy coming out in 2020.

Let's get past the obvious importance. We know it's America's best-selling vehicle, Ford's best-selling vehicle, and so crucial that the automaker literally can't afford to screw up its launch like the Explorer last year. But Bloomberg is here to examine what a big deal it—and by extension, the entire F-Series family—is in terms of sales numbers and total revenue. The results may surprise you, as they did for me. From the story:

The almost 900,000 F-Series pickups sold last year generated about $42 billion in revenue, according to a study Ford commissioned from the Boston Consulting Group. That ranks near Apple Inc.’s iPhone among the biggest U.S. consumer products. On its own, F-Series is larger than McDonald’s, Nike, Coca-Cola Co. and Starbucks.

“It’s the crown jewels of the business,” Hau Thai-Tang, Ford’s product development chief, said in an interview. The revenue figure BCG cites is almost 30% of the total Ford reported for its automotive business last year. “There’s no product more important for us, and when the F-150 chief engineer calls, he usually gets all the help he needs.”

The F-Series line of trucks supports roughly half a million jobs and contributes $49 billion annually to U.S. gross domestic product, the study found.

As that story notes, it's not just Ford—entire networks of dealers, suppliers, mechanics and white-collar employees depend on the F-150's success. Tune in tomorrow evening for more details on Ford's forthcoming cash grab.

Mercedes And Nvidia Team Up For The Future Of Car Computers

No, this news is not especially mind-blowing. But it is important. Mercedes and American tech giant Nvidia announced yesterday they'll be partnering on a “revolutionary in-vehicle computing system” set to debut on the former's next-generation cars beginning in 2024. Among the standout features: this system will supposedly enable Level 2 and 3 driving autonomy that's better than Tesla's Autopilot, as well as more advanced Level 4 automatic parking. It will also allow for over-the-air software updates.

According to Automotive News, this helps explain that recent BMW-Mercedes breakup on the autonomy front:

Autonomous vehicles are expected to offer automakers the best chance to turn data into revenue. The new-generation S-Class flagship sedan is expected to be the first Mercedes to be equipped with Level 3 autonomous driving for use on highways. The upper-premium model will be available to order in Europe from September with deliveries starting in November, German press reports have said.

In February 2019, Daimler announced plans under previous CEO Dieter Zetsche to cooperate with rival BMW to develop the second-generation of Level 3 self-driving technology. The two rival premium automakers last week said the cooperation is on hold because the timing was not right.

A source at Daimler said the BMW cooperation would have meant Mercedes would not be able to use the technology as quickly as it should be able to now with Nvidia.

Expect your next S-Class to do some really impressive things on the autonomy front.

Lacking Federal Guidelines, Airlines Figure It Out For Themselves

Did you think you could get through Speed Lines without a mention of the coronavirus pandemic? Hah. Hah. Let's talk about the beleaguered airline industry for a moment, struggling to get back on its feet amid this apocalypse-level event for the business. In America, neither the Federal Aviation Administration nor the Transportation Security Administration has implemented mandatory virus safety protocols for airlines or airports. (Remember, our federal government's strategy at this point is just "hope for the best.")

As The Detroit News points out, this means a wide disparity for what you'll face when you fly in America, depending on the airport or the airline you're using:

At Detroit Metro Airport, passengers and employees are required to wear masks at all times in terminals unless they have a medical condition that would prevent them from wearing a face covering.

Airport officials have suspended tram service in the McNamara Terminal to prevent spread of the virus within the confines of those cars, and they have increased the frequency of cleaning and added hand-sanitizing stations in heavy traffic areas.

Lorri Cwick of Lake Orion flew on a Delta Air Lines flight from Detroit Metro to Seattle on Friday. It was her first time on a plane since the week before Michigan's stay-at-home order was implemented in March. She said passengers wore masks on her flight and middle seats were kept empty.

"The plane wasn't very full," she said. "They gave us everything in bags, water, snacks, but no meal. Everything was enclosed. ... I have my hand sanitizer and my mask. I was very cautious."

Cwick said after she landed in Seattle, she overheard passengers on other flights complaining about middle seats not being kept vacant.

"I talked to some people who said American was packed to the hilt," she said. "I'm not sure I would feel too safe flying like that."

Have you flown lately? I have not in some months, but will need to soon for unavoidable family reasons. Feel free to share your experience or any tips in the comments.

Will the new Ford F-150 make all of your wildest dreams come true? Will you be disappointed if it doesn't?

The most important new vehicle of the year debuts this week. Here’s what to expect.