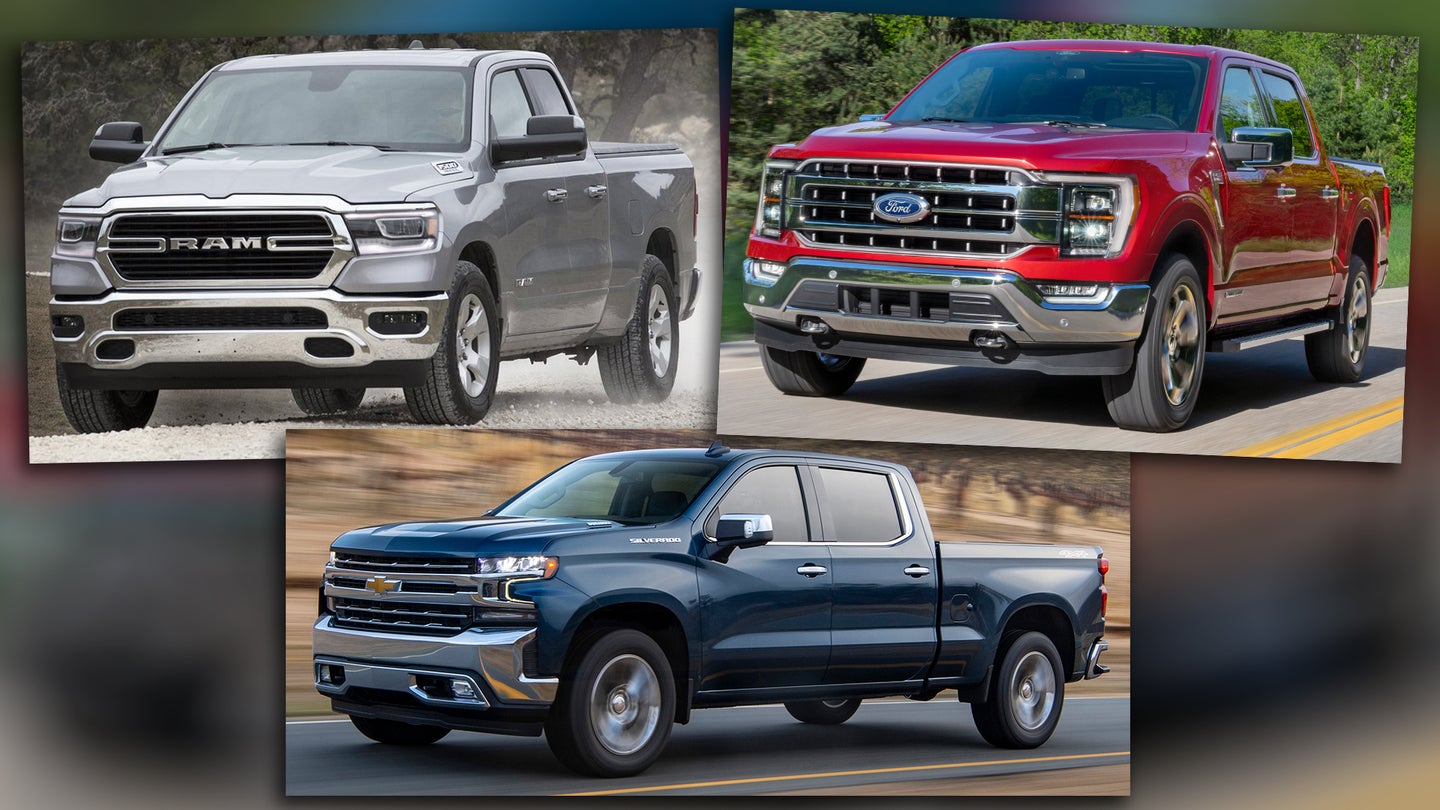 As part of a much-needed halftime break in the gong show that is 2020, Ford unveiled the all-new 2021 F-150 on Thursday night. If you live in America, you're probably already aware of how big of a deal this is, but in case you aren't, Ford's F-Series range of pickup trucks is the best-selling automotive nameplate in the country. By revenue, it generates more funds than McDonald's, Nike, Coca-Cola, and Starbucks.

With a new F-150 come the inevitable comparisons to its two domestic arch-rivals, namely, the Ram 1500 and Chevy Silverado. While this week's reveal detailed the new Ford's not-that-different-than-before styling, available hybrid powertrain, flat-folding Max Recline seats, and hands-free driving capabilities, the company frustratingly hasn't released many specs on the new F-150 that aren't measured in inches. Price, horsepower, torque, towing, payload, curb weight, and fuel economy figures are all being saved for a later date. Y'know, the deets truck people actually care about.

So, without further ado, here's how the all-new 2021 Ford F-150 numerically stacks up against its main competitors. All figures represent crew cab trucks with 4x4, entry-level V8s, and 6.5-foot beds.