Patents and tests are pending but the proposed solution to dangerous tugboat towline deliveries is genius. 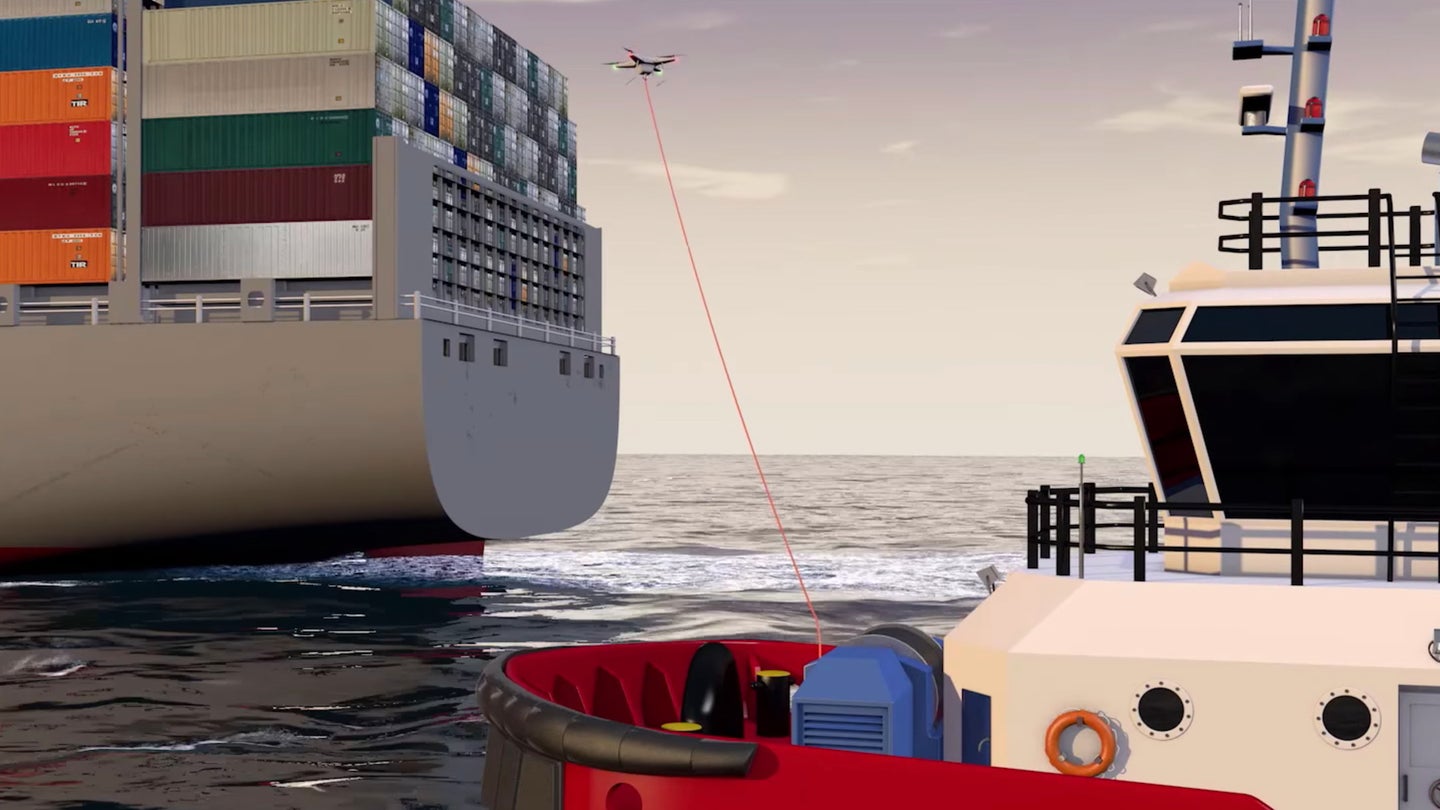 Delft Dynamics is going to develop a tugboat line-delivering drone for tugboat company KOTUG, in order to make tug operations not only more efficient, but safer. According to SUAS News, KOTUG will be the very first tugboat company in the world to use this drone-centric system, provided the pending patents get approved.

Tugboats, of course, need to establish a safe and secure connection to the larger container ships they’re pulling across the ocean. This traditionally requires the larger ship to drop a line down to the tugboat, meaning the two ships are in extremely close proximity to one another for a substantial amount of time. What Delft Dynamics is trying to do here is revamp the entire system, by using a drone with object recognition that connects the two vessels without the need for crew members to endanger themselves.

Let’s take a look at this proposed process more closely to understand the day-to-day hazards these people put themselves in and how drone technology could vastly reduce those risks.

As you can see, the unmanned aerial vehicle would rid tugboat crew members of having to navigate so closely to the larger, heavier ship, thereby staying out of danger while a trusty drone takes care of establishing the connective tissue between vessels.

While this joint initiative is still very much in its early stages, with pending patents and top-down completion of the process yet to finish, Delft Dynamics and KOTUG intend on performing a series of tests soon. Hopefully, the journey to the finish line is as clear as open seas, so this can become the new, safer global standard for tugboats and their crews.