The danger noodle showed up on the truck’s side mirror as the two guys inside drove through Kansas City. 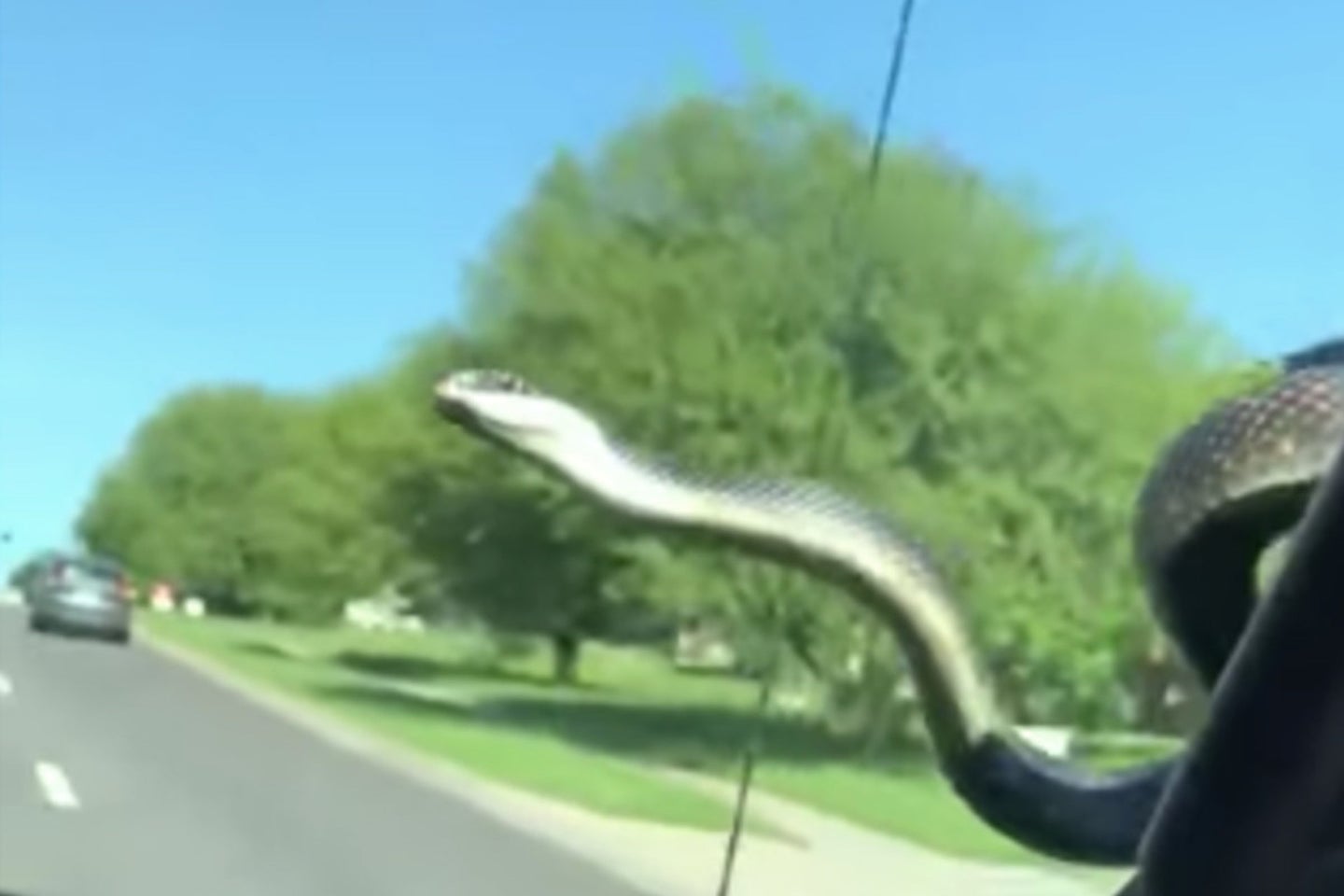 Two men driving through Kansas City got a scare and a priceless video when a snake made an appearance outside the passenger-side window and slithered onto the windshield.

The two guys were a lot calmer about the nope-rope that showed up on the truck’s side window than most people would be, but it’s clear that even they were a little frightened at the freak occurrence. They had a least a little reason to be afraid, since the passenger’s window was actually open when the snake showed up. As they were driving, they saw the snake wrapping itself around the Ford F-150’s side mirror and decided to start filming

.In the video, which runs about a minute long, the snake can be seen slithering its way from the side mirror, around the A-pillar, and onto the windshield, where it was met with the truck’s windshield wipers. Before being flung off, the snake didn’t appear to be bothered by the fact that it was extremely exposed on the windshield of a speeding vehicle, hanging lazily on the window for a bit.

It's unclear what kind of snake is on the truck, or if it's dangerous in any way, but considering the number of potentially unfavorable outcomes that the two guys in the truck could’ve experienced, the snake’s trajectory off of the truck is ideal. Rather than landing in the truck’s bed, under its wheel, or falling down under the windshield wiper, the snake flew off toward the median. There is no word on what happened with it after that.