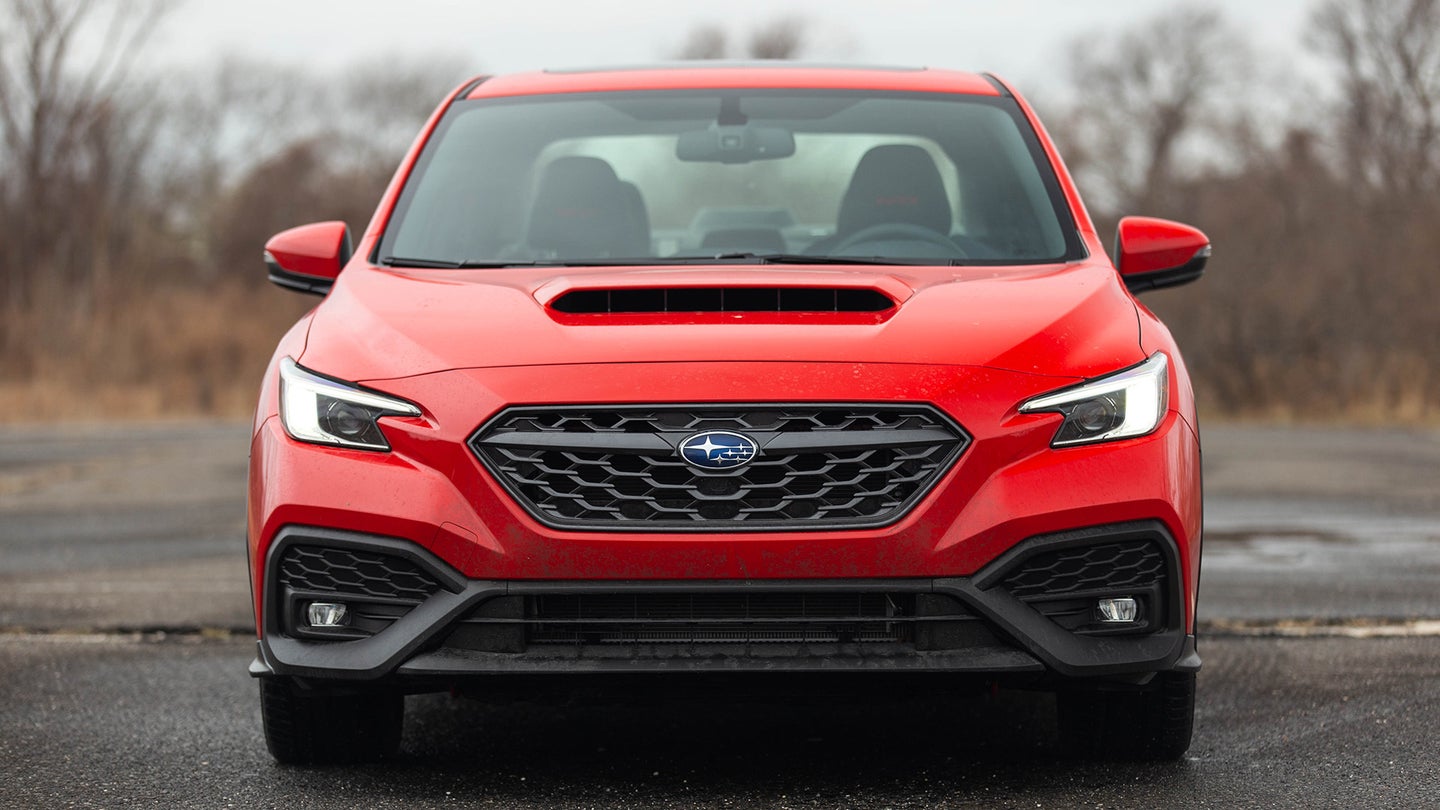 On Friday, Subaru snuck in a late-afternoon announcement that brought the WRX community to a screeching halt. In case you missed it: There will be no STI variant based on the current 2022 Subaru WRX. Not, at least, until the nameplate's next generation, which may or may not be electric. Understandably, people are pissed. And this sort of leaves the current WRX in an awkward spot.

The STI name has long represented the hardest of the road-going rally Subarus. If you wanted a compact, all-wheel-drive sedan (or hatch, once upon a time) with rallied-up hardware, you went STI. Fans and owners delighted in tuning it; its aftermarket options soared as far as the eye could see and the heart could desire. Each time a new STI came out, it was A Big Deal. Anticipation built up with each unveiling, as did the expectation that the new version would have some improvement or other over the outgoing version. Progress and all that.

The new WRX's arrival was no different. People took its stats, its price, its everything, and pulled them apart, speculating how these would translate over to the STI. Sure, a new WRX is cool and everything, we chorused, but what about the STI? What else ya got, Subaru? Nothing. Subaru's got nothing, as it turns out. And that makes me wonder who, exactly, is going to buy the current WRX.

Already, its cladding was super polarizing—but, I figured with an STI version, buyers would be able to see past that. But now that there won't be an STI, what's stopping people from pursuing used, VA-gen WRXes and WRX STIs? Especially when you consider that the VA WRX produced a claimed 268 horsepower and 258 pounds-feet of torque and the VB WRX produces a claimed 271 hp and 258 lb-ft of torque. Sure, there's a new engine and a new-to-it SUV platform but does that stuff matter as much as similar power outputs and the lack of a VB STI?

Furthermore, the non-existence of the VB STI will only drive buyers over to the Toyota GR Corolla all the more furiously. What else is going to scratch that hot, manual-AWD-compact itch? Toyota still hasn't confirmed that the car will officially come here yet, but all signs point to yes. I'd gamble my 401(k) on it. And with Toyota and Subaru already doing so

together, perhaps the STI decision was made to simply keep it out of the way of the Corolla.

Anyway, sad news about the STI. But if you own a VA STI, you're probably going to see its value go up. So there's that.