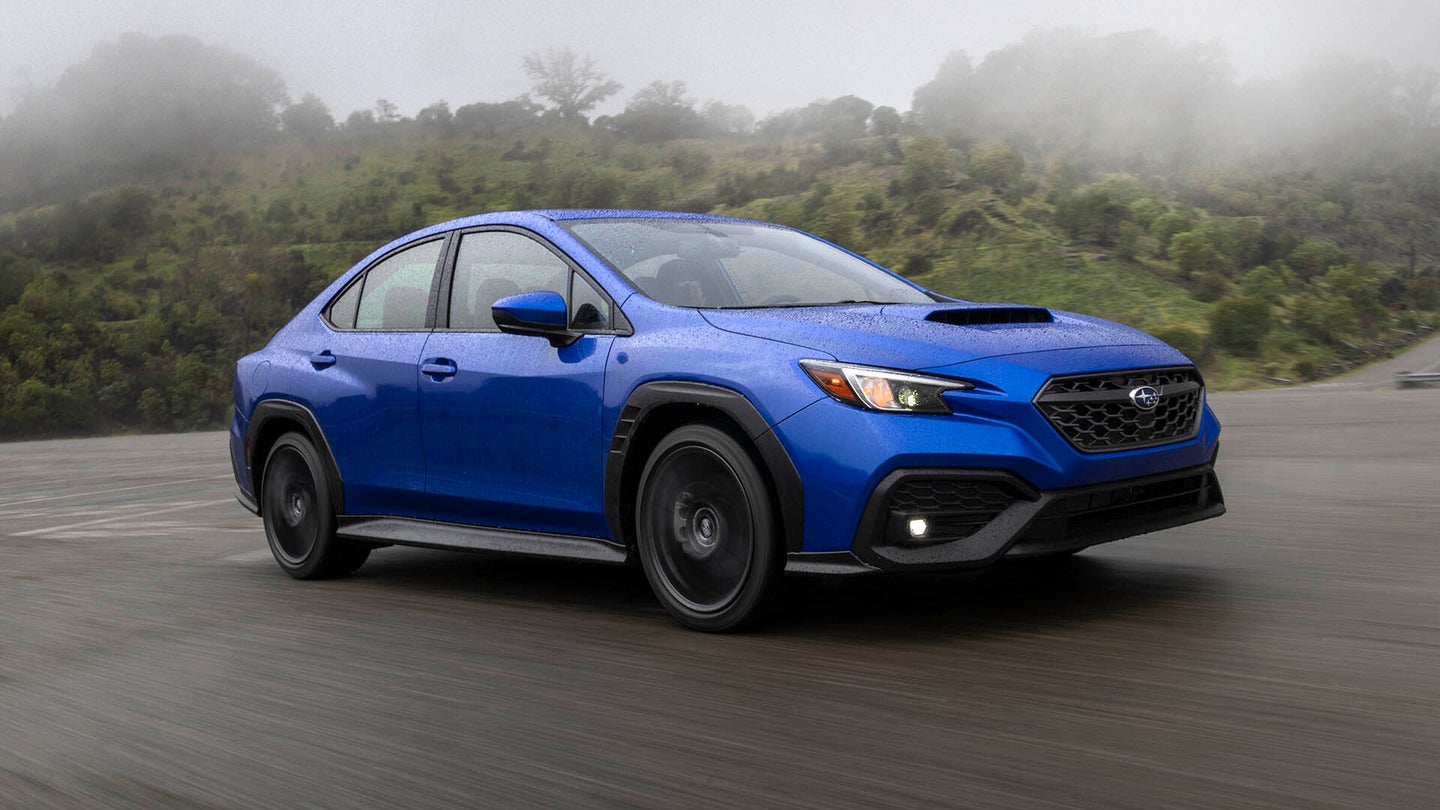 Whenever a new Subaru WRX is revealed, it's only a matter of time before a hotter STI version follows it up. We thought that'd be the case with the more powerful 2022 WRX that rolled out late last year, but apparently, it's not. Subaru confirmed in a shock Friday afternoon announcement that it won't build a current-gen WRX STI variant.

Details are few and far between at the moment, but I'll let Subaru sum it up in its own words here:

"As the automotive marketplace continues to move towards electrification, Subaru is focused on how our future sports and performance cars should evolve to meet the needs of the changing marketplace and the regulations and requirements for greenhouse gasses (GHG), zero emissions vehicles (ZEV), and Corporate Average Fuel Economy (CAFÉ).

"As part of that effort, Subaru Corporation is exploring opportunities for the next generation Subaru WRX STI, including electrification.  In the meantime, a next generation internal combustion engine WRX STI will not be produced based upon the new WRX platform."

Folks, this is big. The WRX STI has been Subaru's performance flagship since the 22B blessed the world roughly 30 years ago. It's hard to imagine one without a grumbling boxer-four, and while we knew it was coming, I'd wager very few expected it to start with this generation.

In the meantime, we'll have to be okay with the 2022 WRX and its 2.4-liter turbo-four that makes 271 horsepower and 258 pound-feet of torque. As we said in our latest review of the car, it's a lot more mature than the cars that preceded it, though it's still a good time. And while one can't help but imagine that an electrified, or potentially all-electric STI will be a blast, it could still be years and years away.

This is what the future of EV performance will look like at Subaru.