And its Toyota twin, too. 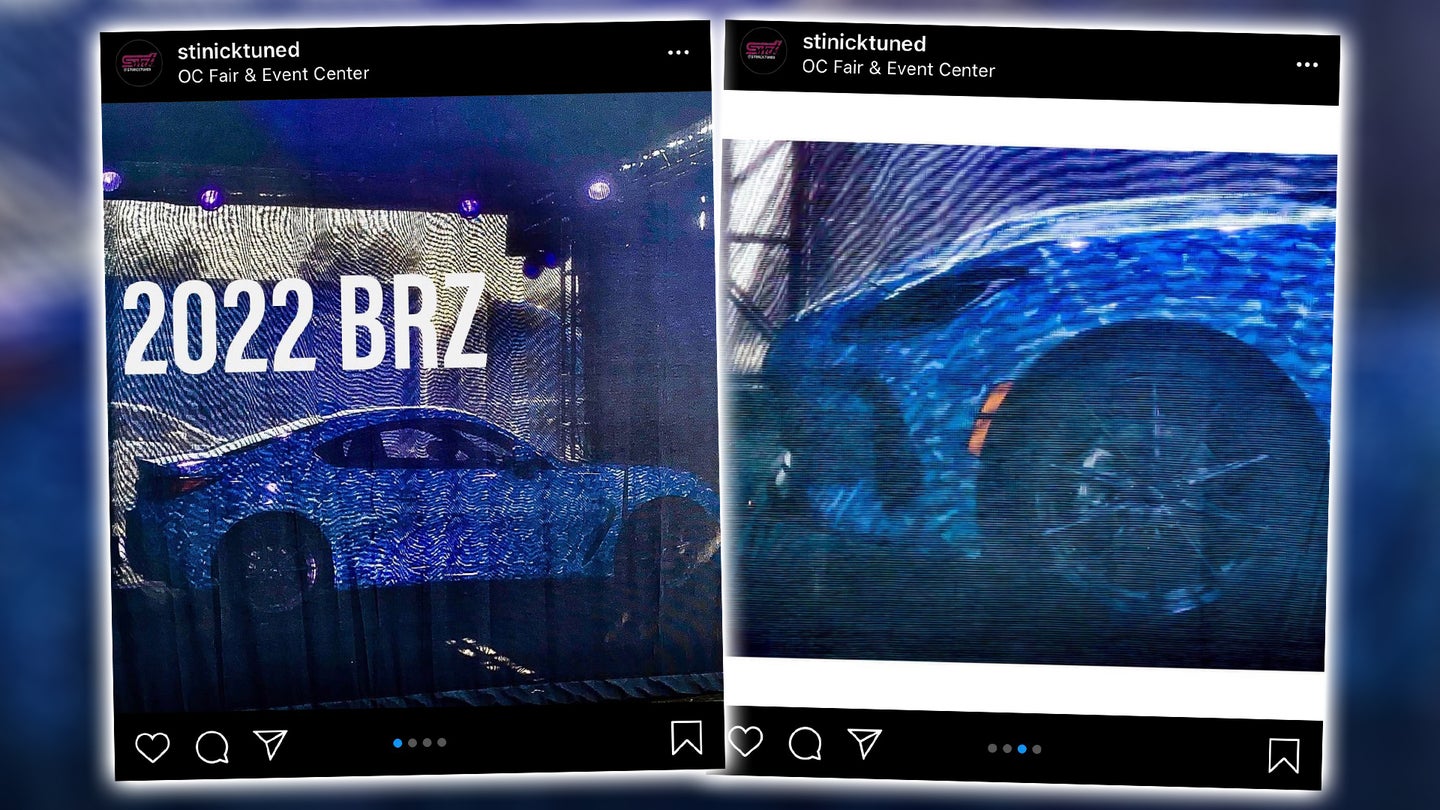 Over the weekend, Subaru confirmed that the upcoming 2022 BRZ would be unveiled this fall. All the while, it provided attendees of its Subiefest World Record Attempt and Charity Drive—an event that attempted to break the Guinness World Record for largest parade of vehicles from the same make—a shrouded look at the real, camouflaged thing. While the automaker's official social media only offered a frustratingly stingy glimpse at one of the car's corners, some fans who showed up to the California event weren't quite as discreet with their IG photography.

Here's a little more of the 2022 Subaru BRZ as captured by STINick on Instagram.

Cosmetically, this blue-camo'd example lines up with everything we've already seen. Compact, low-slung, two-door sports car proportions just like the first-gen with cleaned up fascias and some aggressive, Lexus F-style vents behind the front wheels. Fingers crossed on those actually being functional.

Concrete mechanical details on the future sports car, meanwhile, still remain scarce but, for what it's worth, the poster is under the impression that the 2022 BRZ will feature a naturally-aspirated version of Subaru's 2.4-liter flat-four armed with Toyota's D-4S dual injection system making 217 horsepower and 177 pound-feet of torque. If accurate, those figures would represent a healthy 12 hp and 21 pound-feet bump over its predecessor without throwing away the original's naturally aspirated slow-car-fast ethos, accessible price, or encroaching on the 2.0-liter Toyota Supra's territory.

More peak hp and torque are cool and pretty much always welcome but what we really wanna know is whether or not Subaru and Toyota have eliminated that ugly torque dip that shows up in the middle of the outgoing car's rev range.

Got a tip about the 2022 Subaru BRZ? Send us a note: tips@thedrive.com