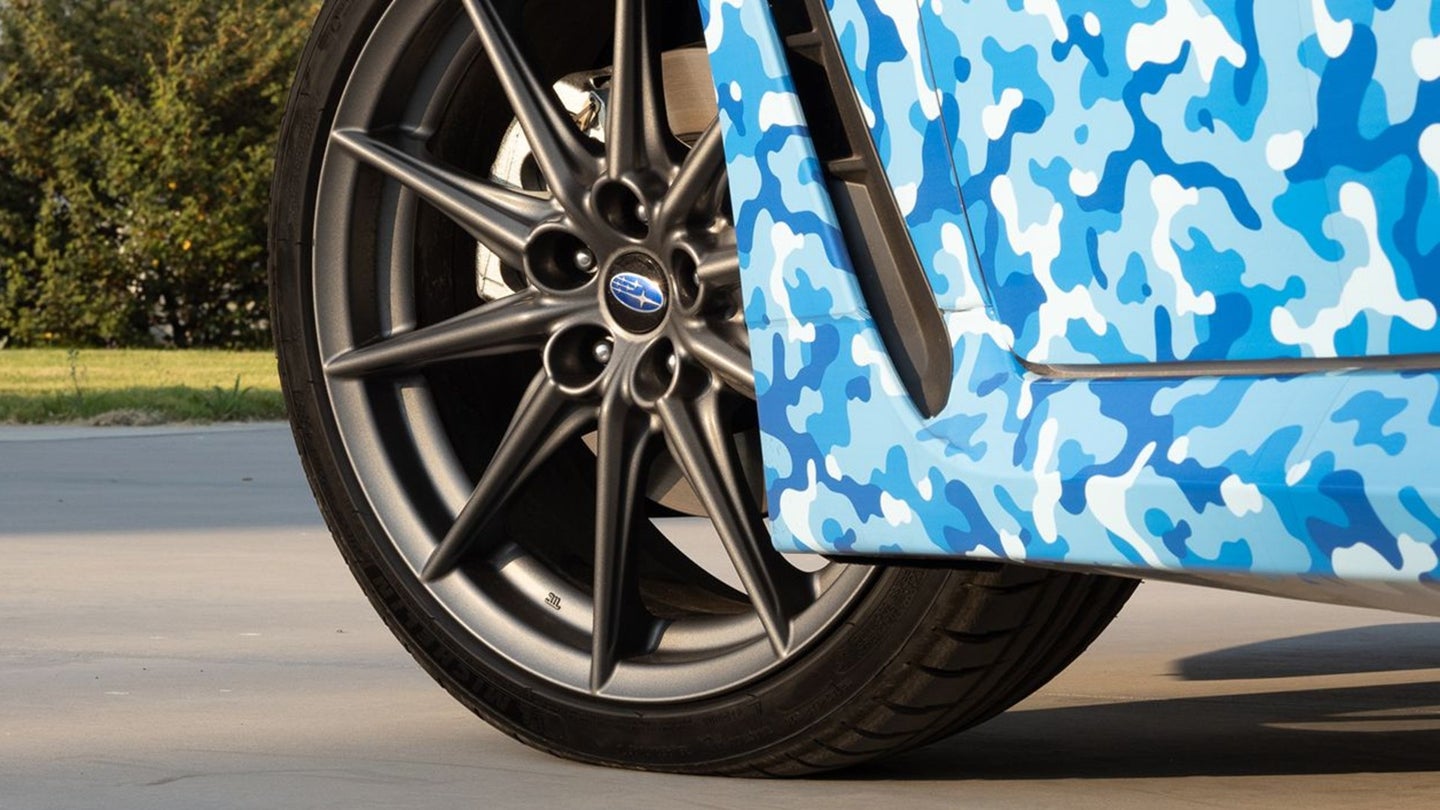 It looks like the next-generation Subaru BRZ (and, presumably, its Toyota GR86 twin) will be with us earlier than expected. Subaru took to social media Sunday night, confirming that the "all-new" 2022 BRZ would drop sometime this fall as well as providing the first official image of the car, showing off a blue camouflaged example's front wheel side skirt, and what appears to be a sizeable fender vent.

Those who have been keeping up with the new Toyobaru's development will recognize this design from the test mules that have already been spied more than once. Our clearest look at the sports car came back in mid-August when it was spotted testing alongside an EcoBoost-powered Ford Mustang.

As for the sneak peek provided to those who went to this year's Subiefest World Record Attempt and Charity Drive, one of those "lucky attendees" has snapped a picture of next BRZ on display and uploaded it to Instagram for all the world to see.

Despite Subaru's use of the term "all-new," there's been evidence suggesting this second-gen BRZ/86 will use a modified version of the old car's platform. (See also: The "new" Nissan Z and 2021 Lexus IS.) That said, the previous car's platform was one of its greatest strengths so we're honestly not too concerned. Where the old BRZ definitely could've used an upgrade, however, was under the hood.

While most agree that this next BRZ will be powered by a 2.4-liter flat-four out of the Subaru Ascent crossover, some have said this Boxer motor would remain turbocharged in the BRZ while others say the opposite. Either way, it doesn't sound like we'll have much longer until we finally know for sure.

Got a tip about the new Subaru BRZ? Send us a note: tips@thedrive.com

This Is Probably the Next Toyota GR86/Subaru BRZ