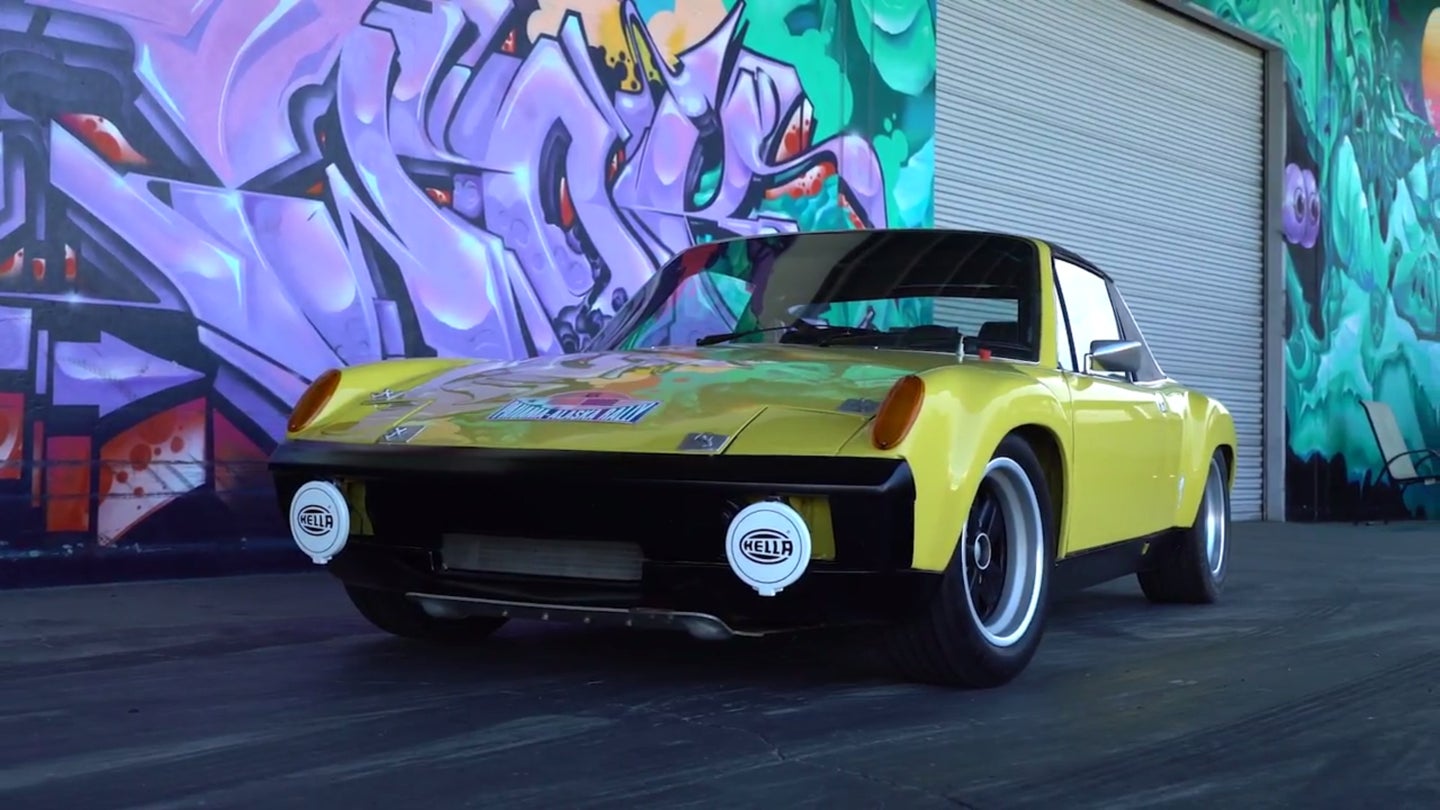 Jeff Zwart is an author, director, and driver known for his time spanking Porsche's on the Pikes Peak International Hill Climb. Zwart recently co-directed Ken Block and Hoonigan's feature Climbkhana along side Hoonigan co-founder Brian Scotto. Zwart visited Hoonigan's Donut Garage for the most recent episode of Daily Transmission. He showed up in his yellow Porsche 914/6 to have some fun.

Jeff Zwart has owned his Porsche 914/6 for 45 years. When he was younger his father told him half of his money earned had to go to the stock market and he could not spend it until he graduated High School. He bought the Porsche 914/6 with his saved up stock money and began collecting parts for it such as the M471 option kit which includes flared fenders, wheels, tires, and oil cooler. He has rally-ed all over with the car from the United States, around Central American and even New Zealand. In 1997, Zwart did the Panama-Alaska Rally, a large badge is featured on the 914/6,  which according to Zwart was 25 days and covered 10,000 miles and he came second overall.

Zwart then shows the Hoonigan guys around the car. He shows off the 914/6's features such as a 908 front oil cooler, the steel flared fenders, the finder glass hood as well as the rally spec upgrades such as a two ignition system in case one fails, the fire system, all of the rally clocks, as well as a shovel in the trunk. All of the rally upgrades are period correct to 1997 when the car began its rally-life. The 914/6 is equipped with a 2.2 liter flat 6 engine good for 200 horsepower, according to Zwart the original engine was a 2.0, but rally regulations allowed up to a 2.2.

Eventually, the Hoonigan guys do what they do best, peer pressure burnouts. Zwart lays down a great burnout that you would not expect from a 914/6 then the peer pressure upgrades to donuts.

Check out the video below for the fun.