Here's The 2022 Subaru BRZ Out Testing Against An EcoBoost Mustang 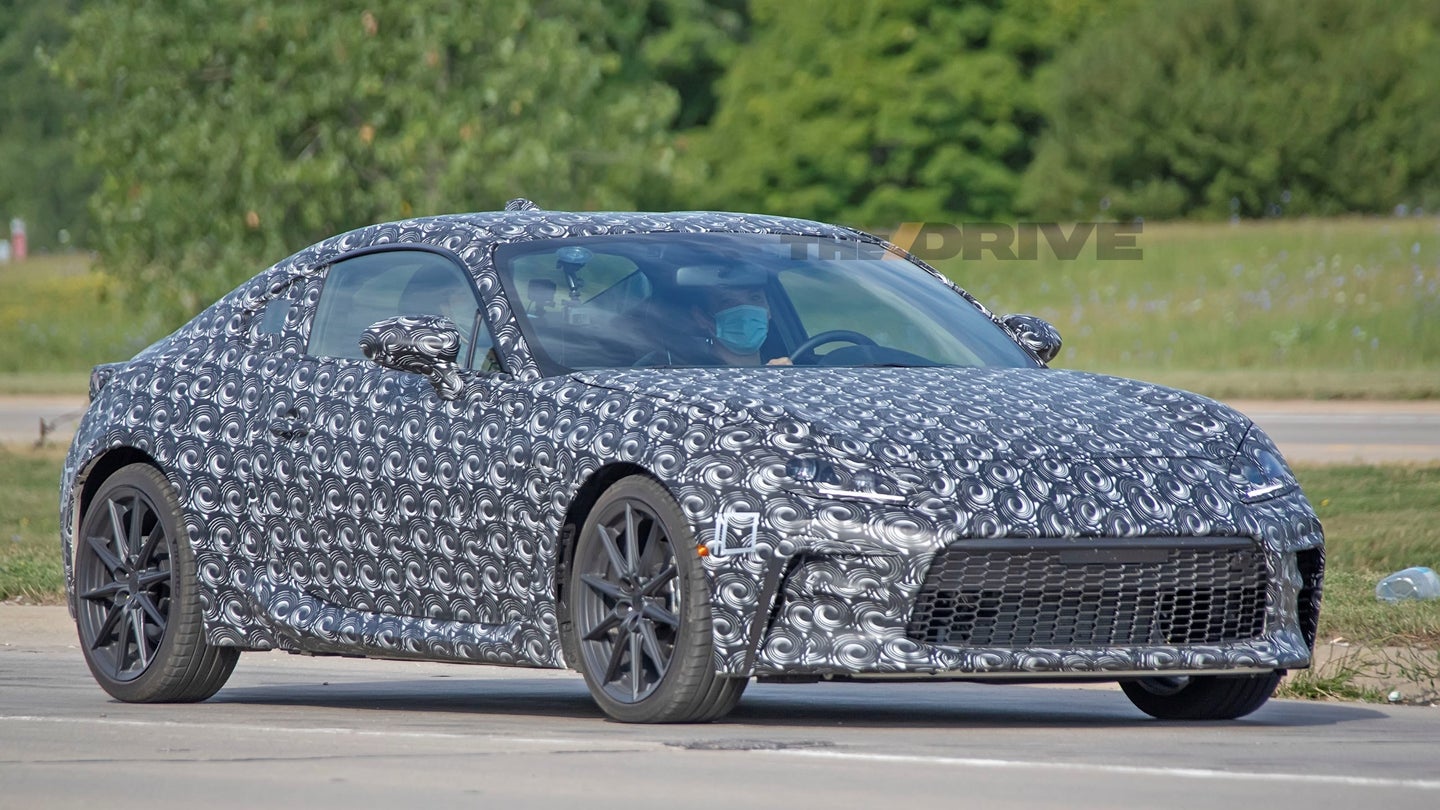 Mere days after the next-generation Toyota GR86/Subaru BRZ was spotted by an Instagram user, the same camouflaged prototype has popped up again in Michigan. And thankfully for us, our spy photographers were there this time to capture it in glorious high-def.

The swirly wrap does its job of hiding details quite well, but based on what we can see of the upcoming joint-venture sports car, we're already fans. It keeps the old car's classic sports car proportions and dimensions but with a cleaner, more handsome design. The taillights appear to take an especially significant departure from the outgoing car's rump and are connected by a bar extending across the trunk that, judging from current trends, may or may not end up a lighting element itself. 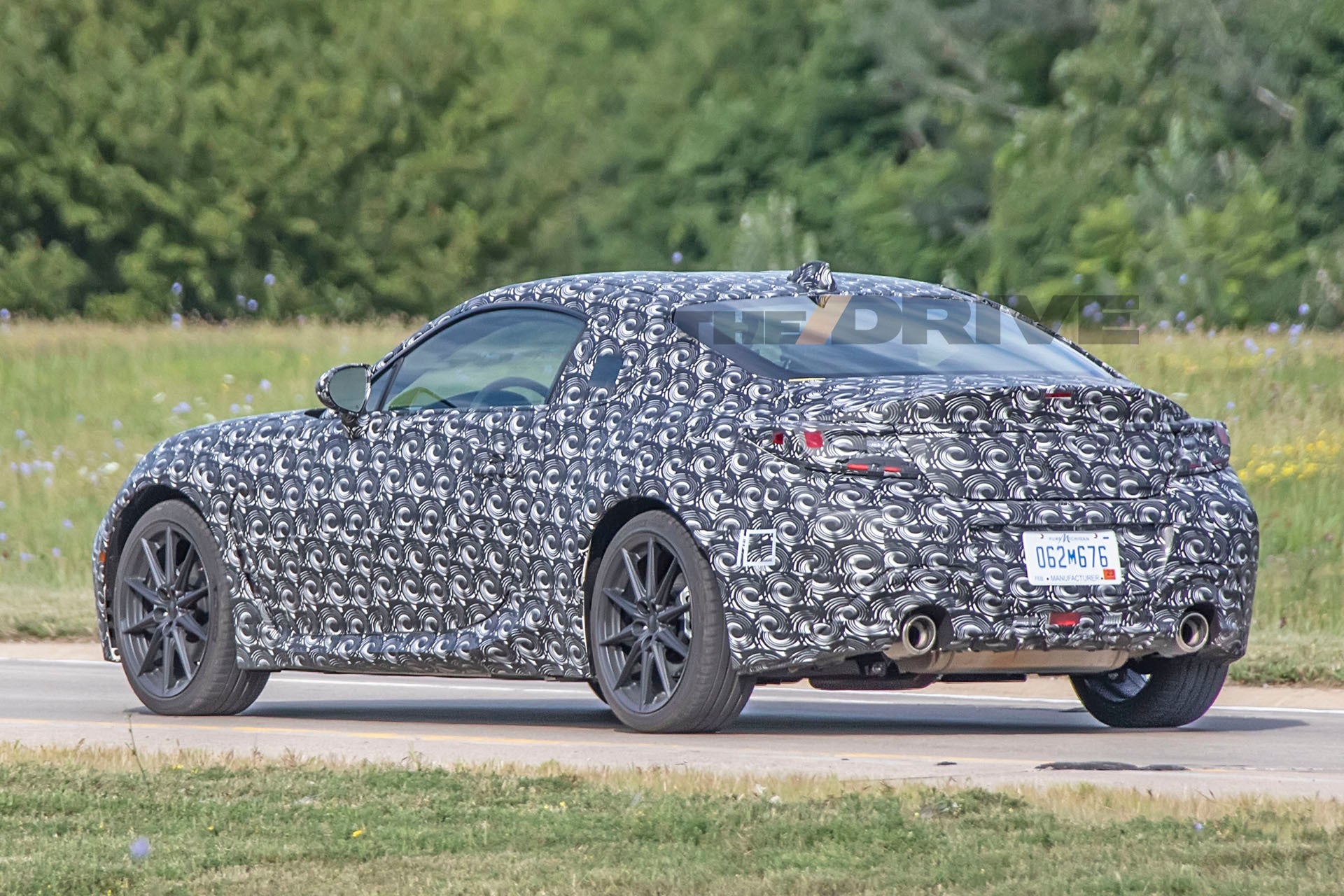 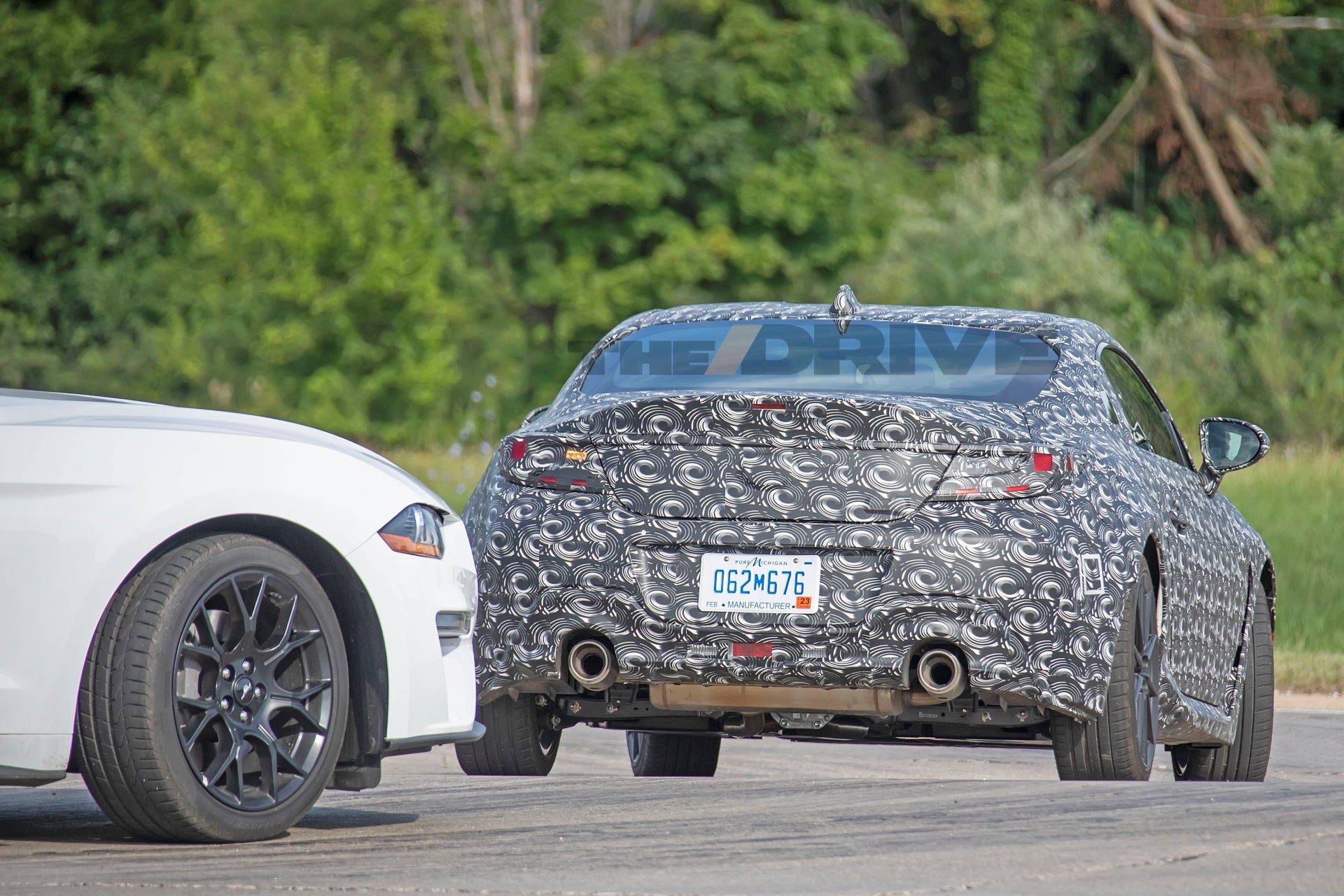 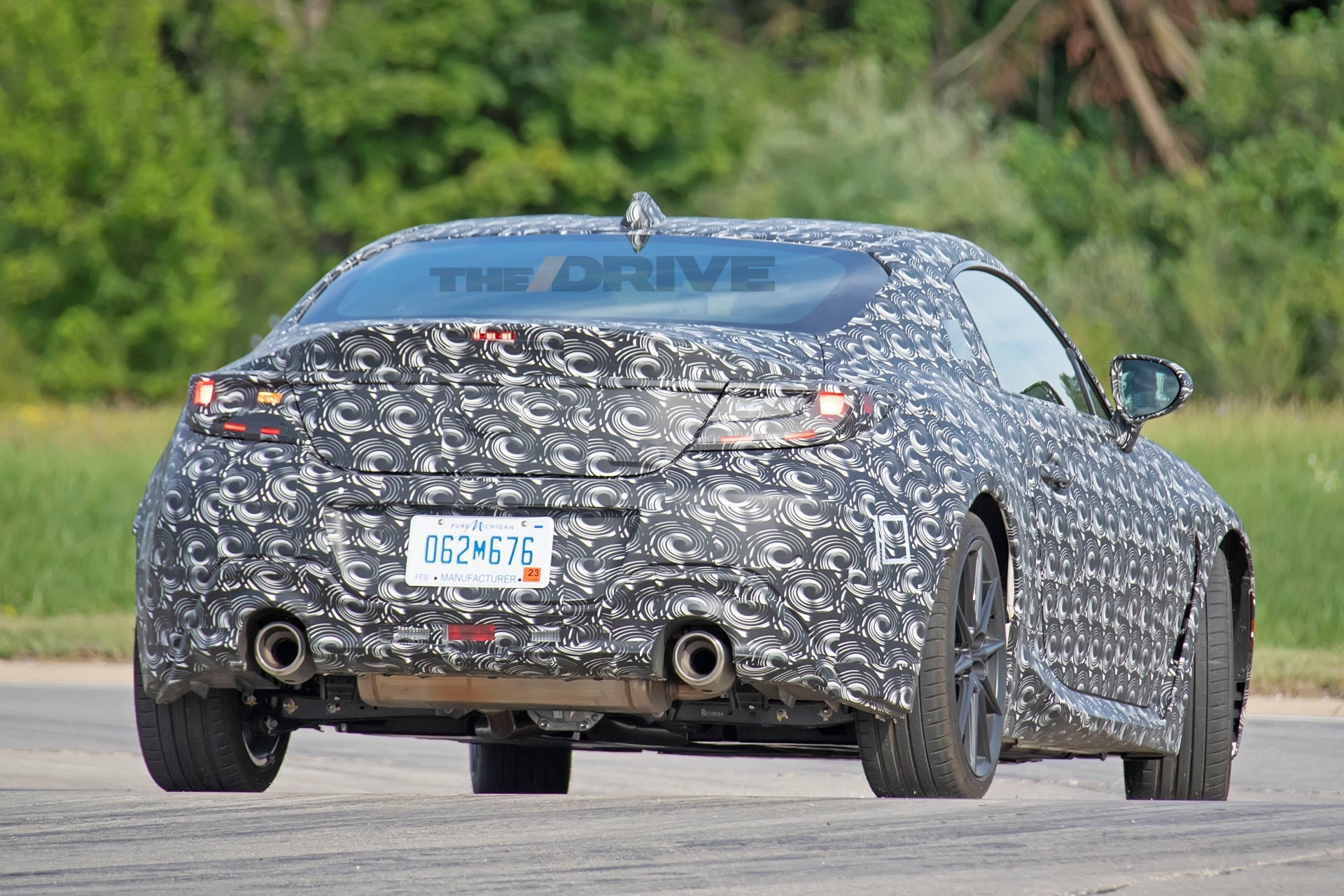 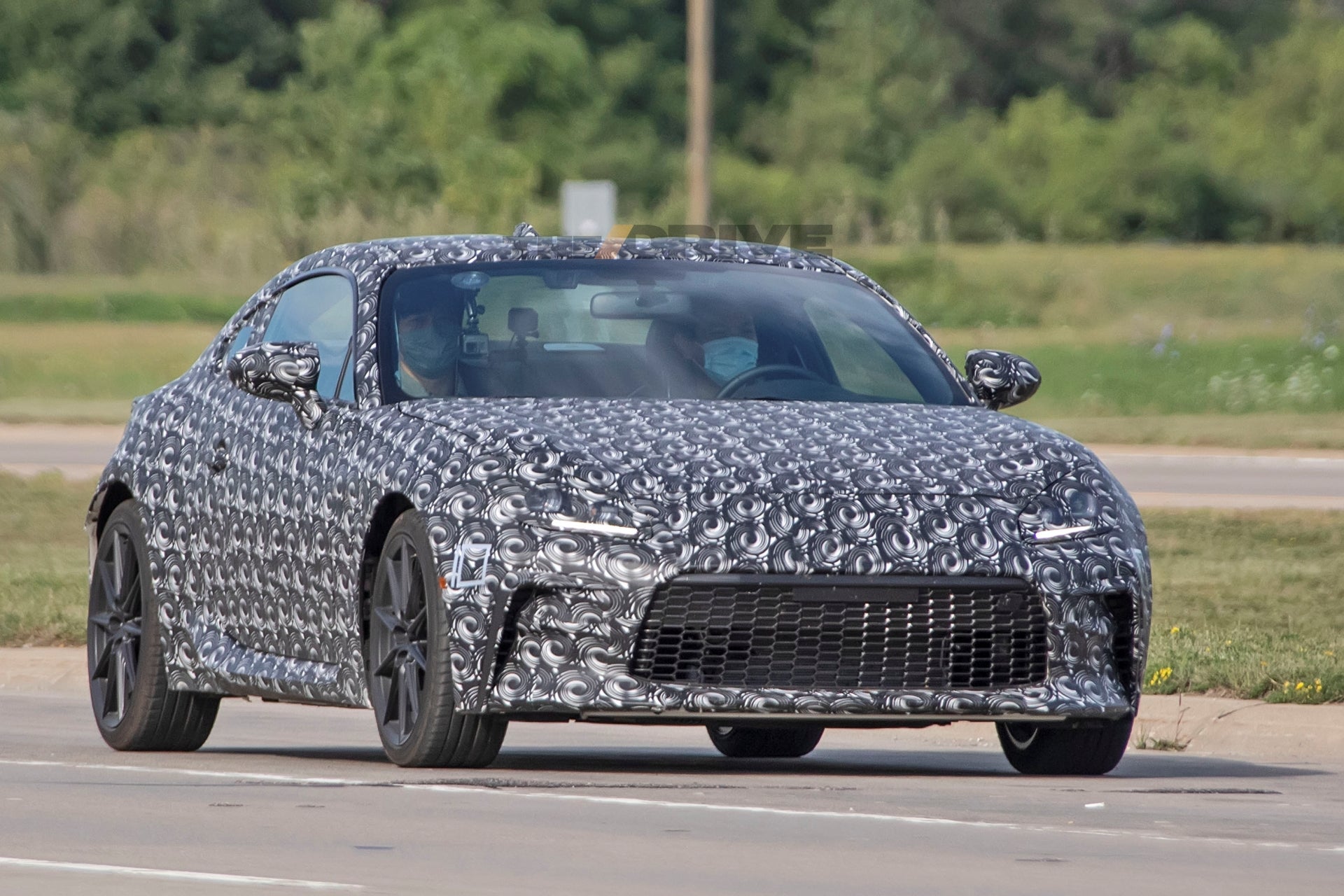 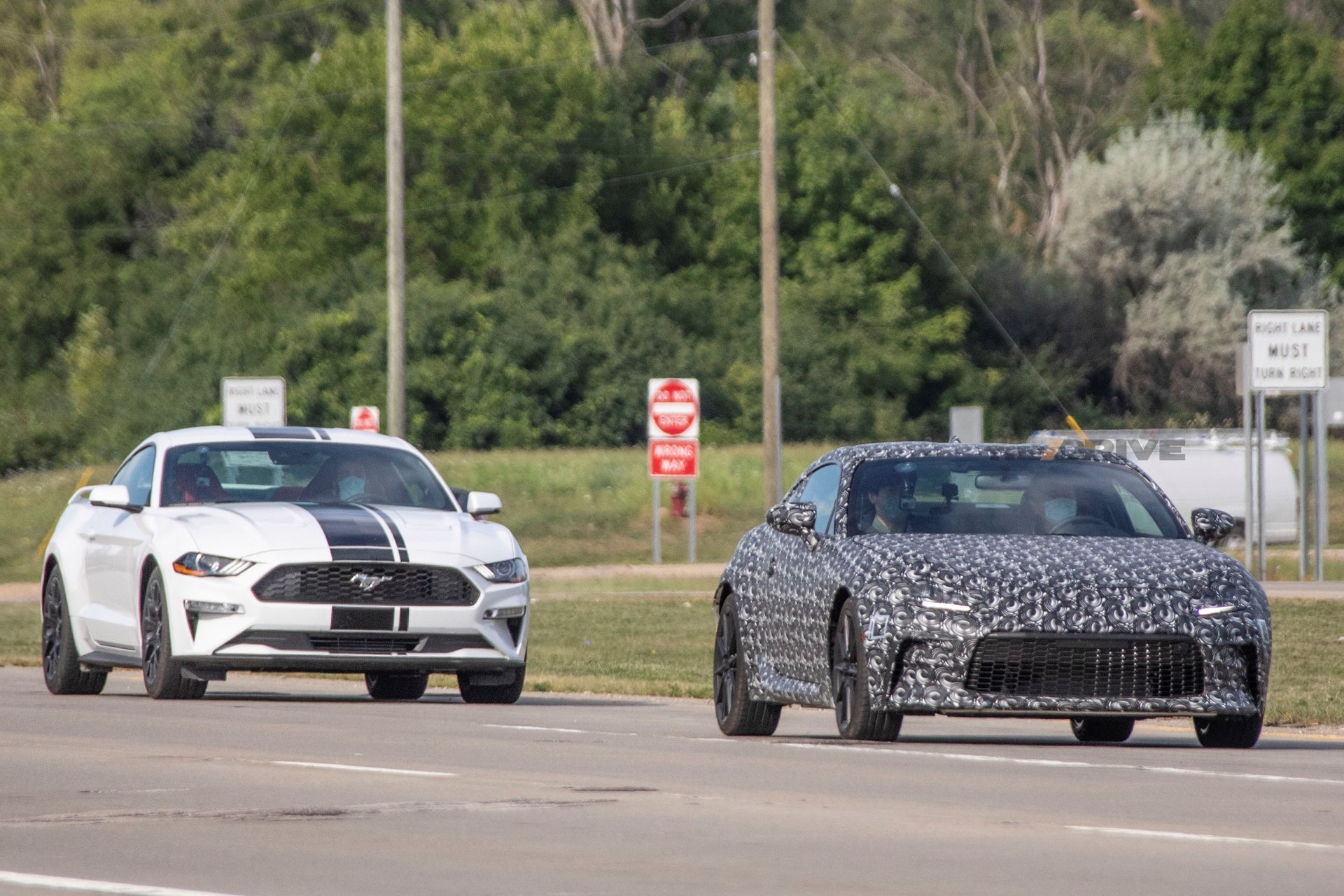 Other styling details we can spot include a Supra-style duckbill spoiler, the same dual exhaust tips that come on the current car, and a sizable front grille with hexagonal pattern—something it shares with the EcoBoost Ford Mustang it's being tested against (at least, that's what we think; note the lack of a 5.0 badge on its front fender). Yes, Toyota and Subaru appear to be benchmarking this thing against the four-cylinder Mustang, a car it's been being benchmarked against for years by internet commenters.

While the two compete on price, the Japanese coupes have always been lambasted for offering a whole lot less power than the pony car, serving up a scant 205 horsepower to the 'Stang's 310. This next BRZ/86 may or may not be getting a turbo too, depending on who you ask. We still don't expect the Toyotabaru's successor to match the Ford's output here but hopefully, it's a sign that its almost-inevitable power bump will be bigger than we expect.

If you know anything about the next BRZ/86, or have more pics, don't be a stranger. 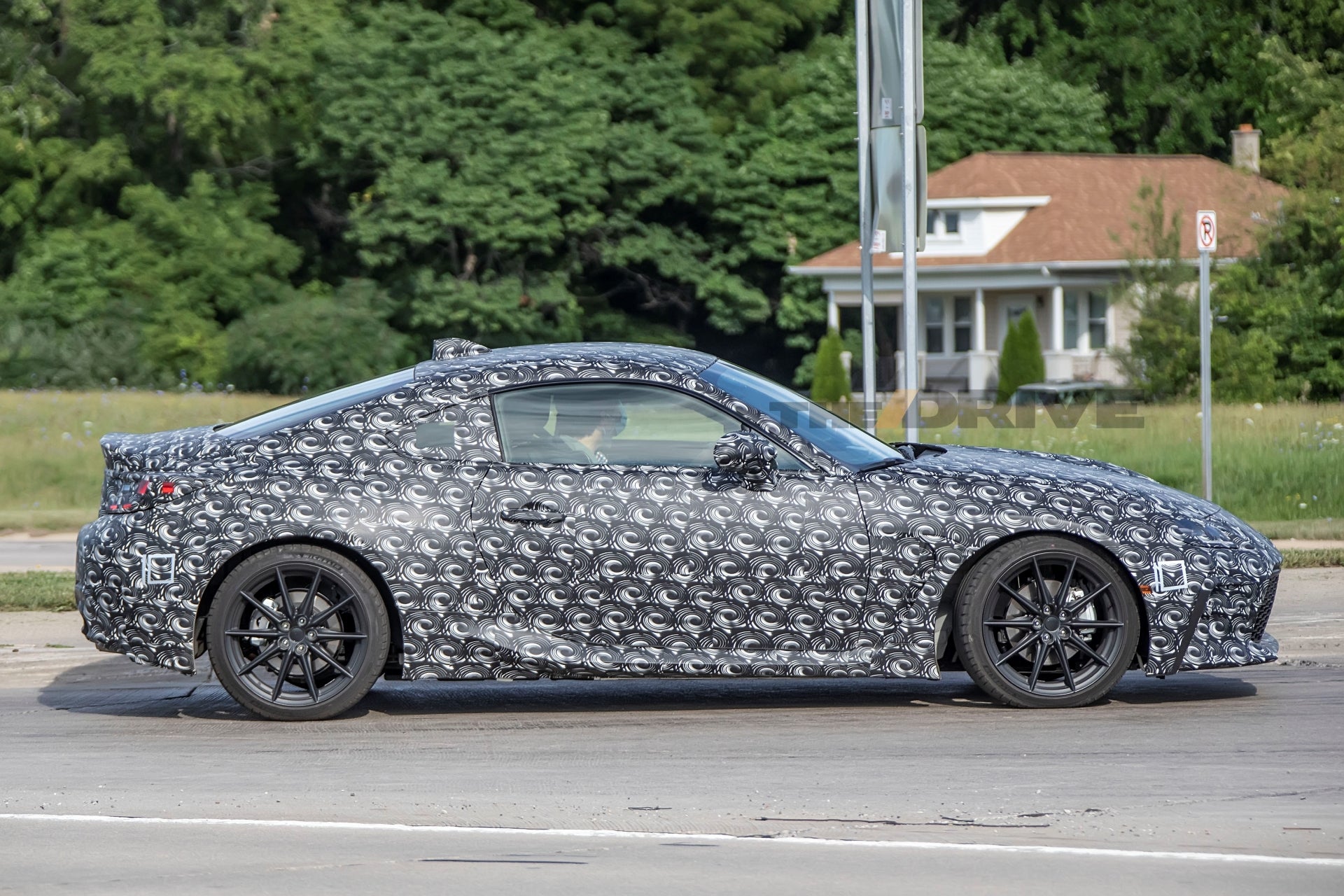 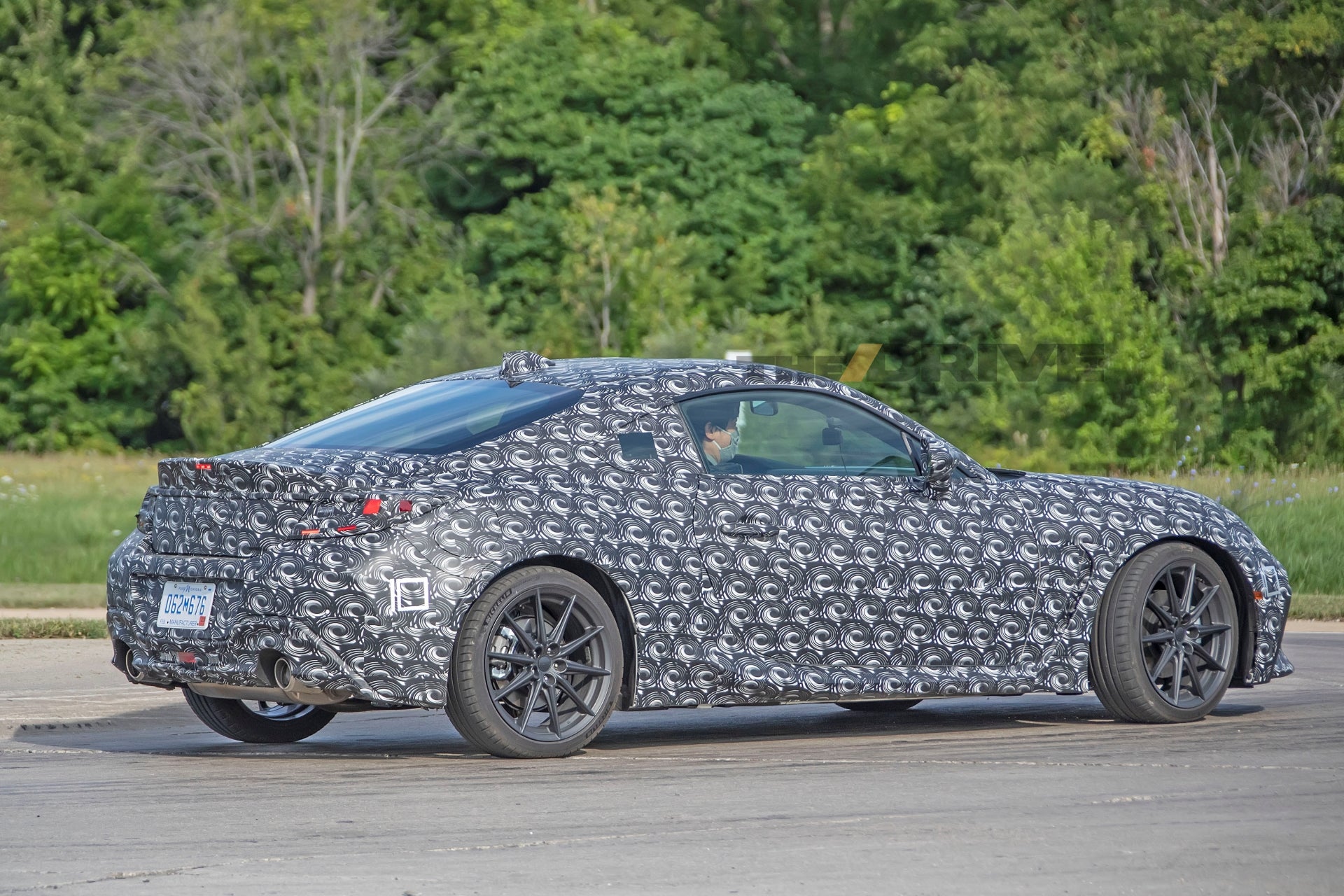