You Can No Longer Order a New Subaru BRZ

This means a new-gen car is definitely coming. 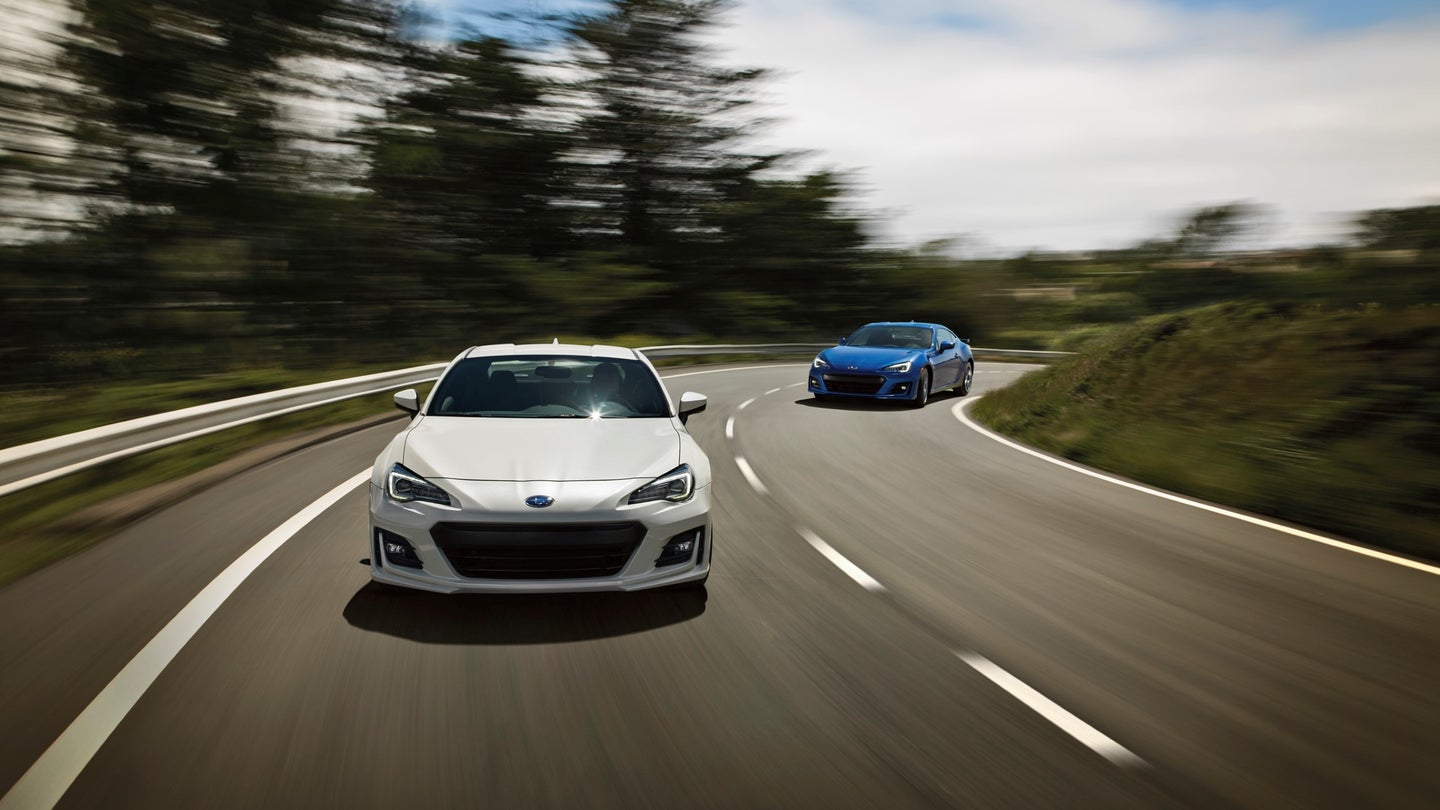 Even though we've yet to see any camouflaged prototypes or preluding concepts of the popular coupe, there are supposed to be all-new, second-gen versions of the Subaru BRZ/Toyota 86 twins coming next year. Much has been said and rumored about the upcoming sports cars, but now we're getting what appears to be the first tangible sign that Toyobaru 2.0 is actually happening.

Subaru Japan announced that it is no longer taking orders for the 2020 BRZ, meaning prospective buyers looking to get a car in a specific color with specific options will just have to hope that a BRZ in that particular spec is sitting on a dealer lot. Translated to English, "We have finished accepting orders for build-to-order manufacturing of the models listed," a message on Subaru's Japanese BRZ page reads. "Due to stock availability at retailers, we may not be able to meet customer requests for body colors and options. Please contact your dealer for more information."

A manufacturer closing the order books on a vehicle usually means production is winding down and it's a pretty safe assumption that that's what's happening here, especially considering the rumored timing of these cars' successors. When we reached out to Toyota North America for comment, however, a spokesperson told us that "Production of 2020 86s [will] continue through the fall" before refusing to say any more. Both the Subaru BRZ and Toyota 86 are built in the same Subaru plant in Gunma, Japan.

On the other hand, a Subaru spokesperson declined to comment on the matter.

As you've hopefully already gathered, the next-generation sports cars will continue to be jointly developed by Subaru and Toyota. Known as the "GR86" on the Toyota side, rumors have pegged it to ride on a version of the bigger company's TNGA modular architecture while conflicting reports say it'll be built on an updated version of the current car's Subaru Impreza-based frame. Nobody seems to really know for sure. A 2.4-liter Subaru flat-four under the hood has also been whispered about and seems pretty likely although whether that engine will be turbocharged or not has proven to be another point of debate.

With newly manufactured BRZs appearing to be a thing of the past, we're closer than ever to finally seeing the next-gen car and putting an end to the rumors and speculation once and for all.