Ford raised a lot of eyebrows when it dropped an EcoBoost engine in the loping Mustang, but the formula of a turbocharged, four-cylinder pony car has proven mostly successful. It's completely replaced the V6 Mustang in the lineup as a viable entry-level model while traditionalists get their kicks with the eight-cylinder GT. That said, there's still a big question unanswered: Can Ford build a four-cylinder performance car that's as fun and engaging as a V8?

After driving the 2020 Ford Mustang EcoBoost High Performance Package, we've found the answer isn't entirely straightforward, and it lands in a space that's usually forgotten when debating the merits of Ford's small-displacement 'Stang. In tossing slightly more power and far better handling (with the $3,995 Handling Package), Ford's sharpened its bite but fallen a bit short of making the EcoBoost HPP a true replacement for its V8 stablemate. But that's always going to be an impossible task—what isn't impossible is expanding how people see the Mustang ahead of some big paradigm shifts ahead. And the EcoBoost HPP is certainly a fresh look.

The 2020 Ford Mustang EcoBoost High Performance Package, By the Numbers

There's not much different in the styling on the Mustang EcoBoost HPP—a front splitter here, a unique grill there, and some special badging. Underneath the Mustang's streamlined bodywork you'll find it isn't just a standard EcoBoost model with an ECU tune; it actually utilizes the same 2.3-liter turbo four as the Ford Focus RS. Unique features include a high-strength cast aluminum head with lower compression to allow for extra boost—about 22 pounds in total—courtesy of an upsized turbocharger. This means 332 horsepower and 350 pound-feet of torque, the former of which is a 22-hp bump over the standard Mustang EcoBoost. Torque remains the same, but it's put down more effectively through the 10-speed automatic gearbox.

The topic of chassis tweaks is most significant when the car is fitted with Ford's optional EcoBoost Handling Package—only available as an add-on to the HPP—bringing beefier stabilizer bars, a MagneRide suspension, and a Torsen limited-slip rear differential. Aerodynamic bodywork is borrowed from the Mustang GT Performance Package. Combine these modifications with a unique Pirelli Corsa4 tire compound and you have the best-handling Mustang short of the far more expensive GT350. The lower curb weight (3,632 pounds) further aids its willingness to dive and pivot into sharp turns.

Just make sure you're ready to part with the extra four grand, as the Handling pack drives the EcoBoost's price up to $36,755, or about the same as a base Mustang GT. Regardless of whether or not you spring for that, the "base" High Performance car still comes with improved four-piston brakes, a step above the standard model's two-piston clamps.

To start our drive, we took off from Sausalito, California and headed north toward Bodega Bay, traversing through national forests and sandy shorelines by way of the perfectly carved, suitably twisty Route 1. All in all, not a bad first impression. As we shot past the region's residential areas in favor of more free-range tarmac, everything was comfortable and controllable—both fitting the prereqs in an all-purpose sports car. Our initial tester was a convertible model fitted with the 10-speed automatic, which is the right fit for those in it for cruising. Obviously the manual is a joy to engage.

While minding our manners best we could on the Golden State's public roads, the Mustang EcoBoost HPP returned our right foot's demands with composed speed. Torque is readily available pulling past the 3,000-RPM mark. Dive into one of PCH's blind corners and you're met with sufficient bite from the upgraded brakes, although they don't overstretch into serious sports car territory. Turn-in is nimble and back-end rotation seems on-par, although those are characteristics best tested on a track.

If you plan on maxing out this Mustang, you'll want a fastback equipped with the Handling Package. The MagneRide suspension keeps you glued to the tarmac, and the Torsen diff makes for a substantial kit that will hold a racing line far past the limit of the standard 'Stang. Plus, the hardtop adds rigidity—not to mention safety should anything go wrong. Otherwise, the cool-factor of the HPP convertible suits casually spirited drives perfectly with a relaxed ride that's better around town. The power bump alone is a decent upgrade, and we wouldn't call it soft.

The Mustang was a worthy steed to view Steinbeck's fabled stomping grounds and take us to-and-fro in style, but it wasn't quite a pantomime of its GT brethren—and that's okay. It doesn't have to be. The Mustang lineup is full of more powerful, more expensive models to offer the kind of raw brawn it's known for. So the Mustang EcoBoost HPP swaps brutal acceleration for sharpened driving dynamics, showcasing the other side of Mustang performance.

This particular car, equipped with all the go-fast gadgets and heavily boosted four-cylinder engine, may not share much with the electrified Mustangs of the future. But it's proof of Ford's increasingly technical approach to the platform, eeking out efficient performance improvements that look beyond high-horsepower V8s. It's heartening that the Mustang EcoBoost HPP is still a fun time—its own fun time—despite being down four cylinders to the GT. And there's another way to view its precursor status: One day, it's likely the baddest internal-combustion Mustang sold by Ford will be a turbocharged four-cylinder. 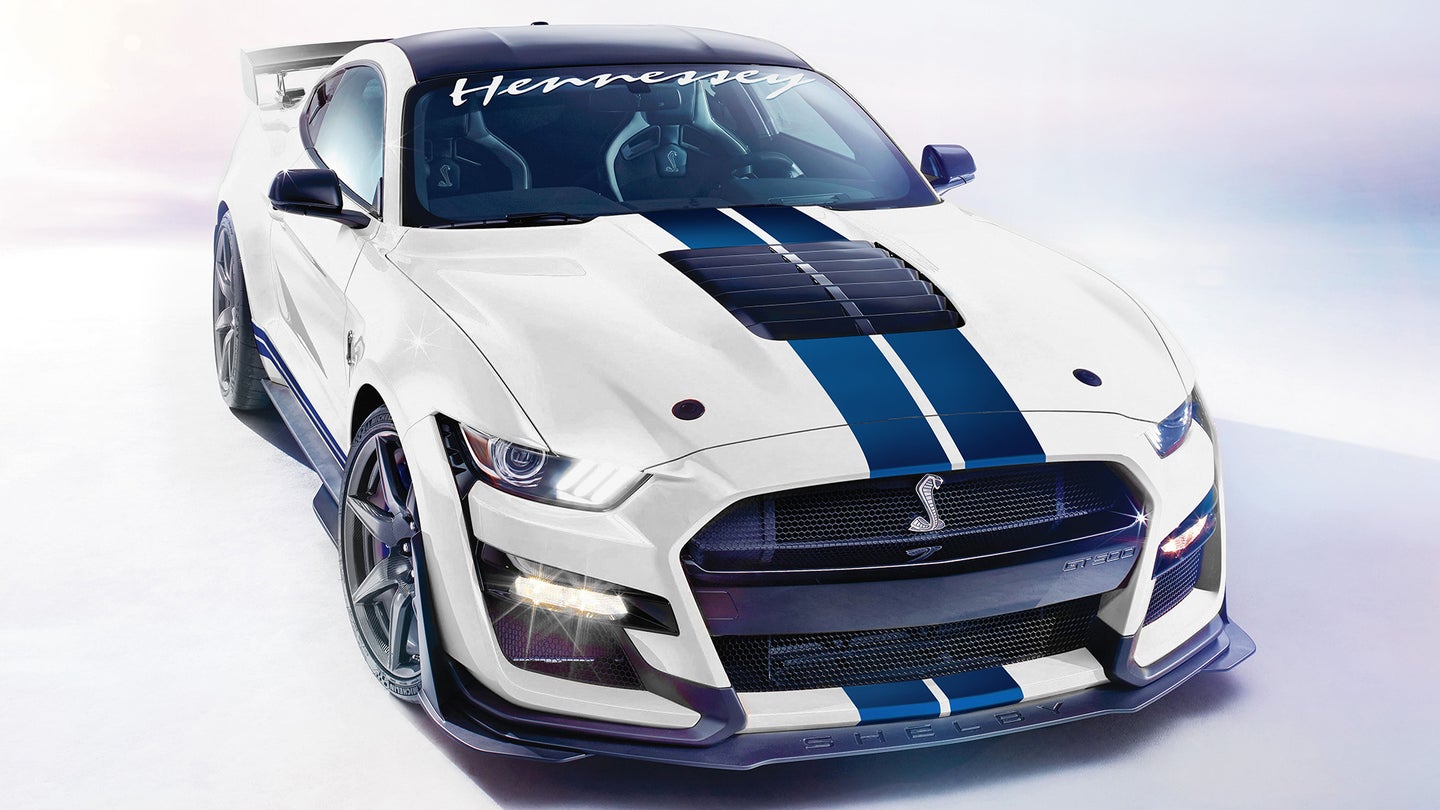 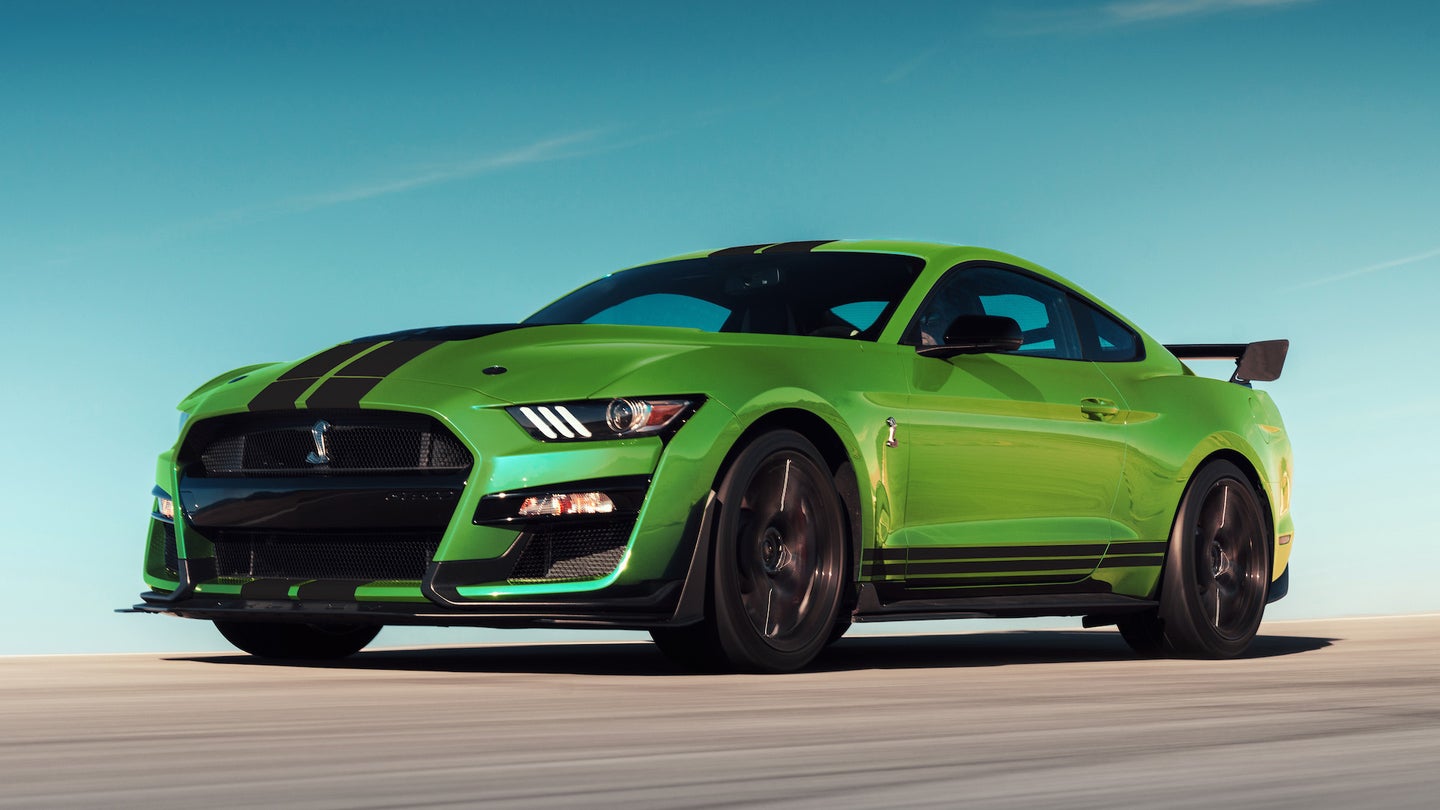 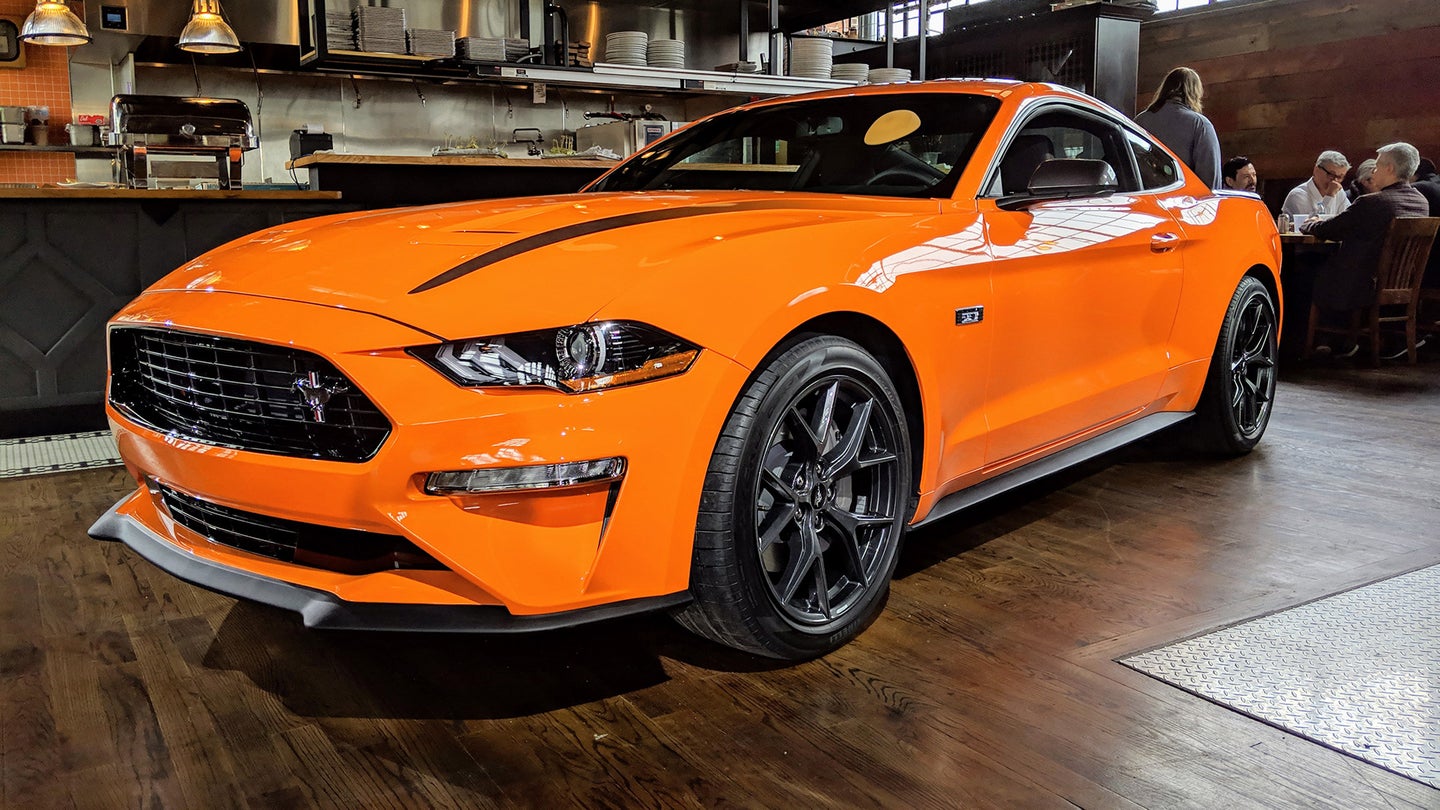