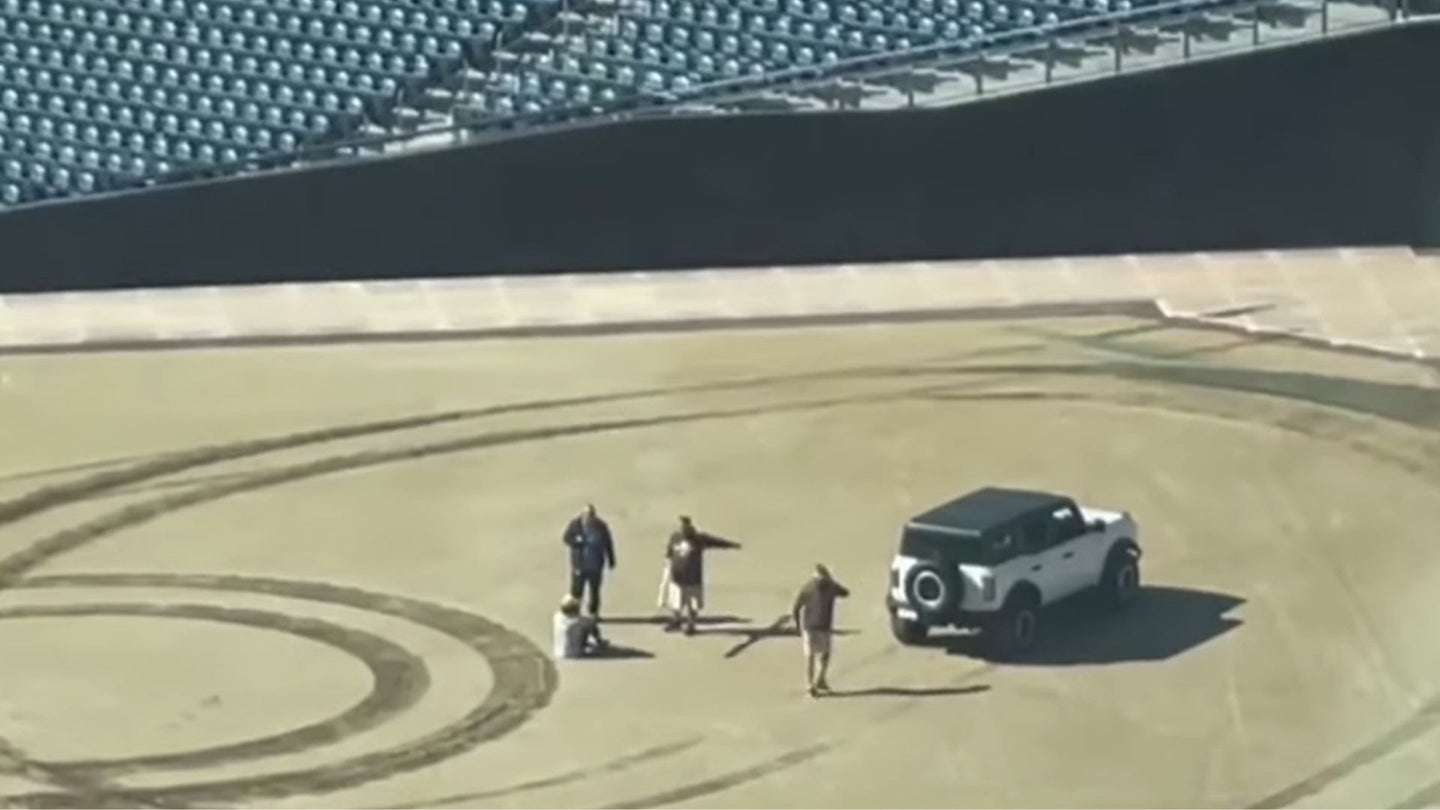 Major League Baseball announced this week that spring training has been postponed until at least March 5, and fans are unhappy with that news. Collective bargaining talks are underway but no agreement has been reached, so we won't hear the satisfying thwap! sounds of a baseball hitting a glove at spring training parks until that happens.

It appears that one San Diego resident is taking out his frustrations about the delay (or probably just being a fool) by driving onto the infield at Petco Park and ripping donuts in his Ford Bronco. The as-yet unnamed man didn't get away with making a mess at the San Diego Padres home field. Staff from the grounds crew drove a forklift to the tunnel entrance where the perpetrator entered, blocking his exit. When the police arrived, the driver was arrested.

An eyewitness who works in the offices overlooking the park, Ryan Carlson, told the San Diego Union-Tribune that he was at first “confused” when he saw the SUV drive onto the infield and start doing donuts. “They must have authorized this,” he thought.

“After about a minute, he came to a stop, and a bunch of the grounds crew guys made their way to the car and did like a citizens’ arrest,” Carlson told the Union-Tribune. “It happened peacefully, wasn’t aggressive, at least as far as I saw. They walked him over and sat him down.”

Petco Park sits in the heart of downtown and will hopefully open again this spring for its usual legions of baseball fans. As of right now, the grounds crew is doing its best in the meantime to resurface the field after this guy tore it up. All I can say is that it's a good thing for the driver the field wasn't already covered in grass, because the ballpark staff who work so hard to keep it looking good would be really mad. I would be, too.

The passengers allegedly escaped without serious injury, but the truck is definitely a goner.