You know what else has coil springs and Fox shocks? The new Ford Raptor. 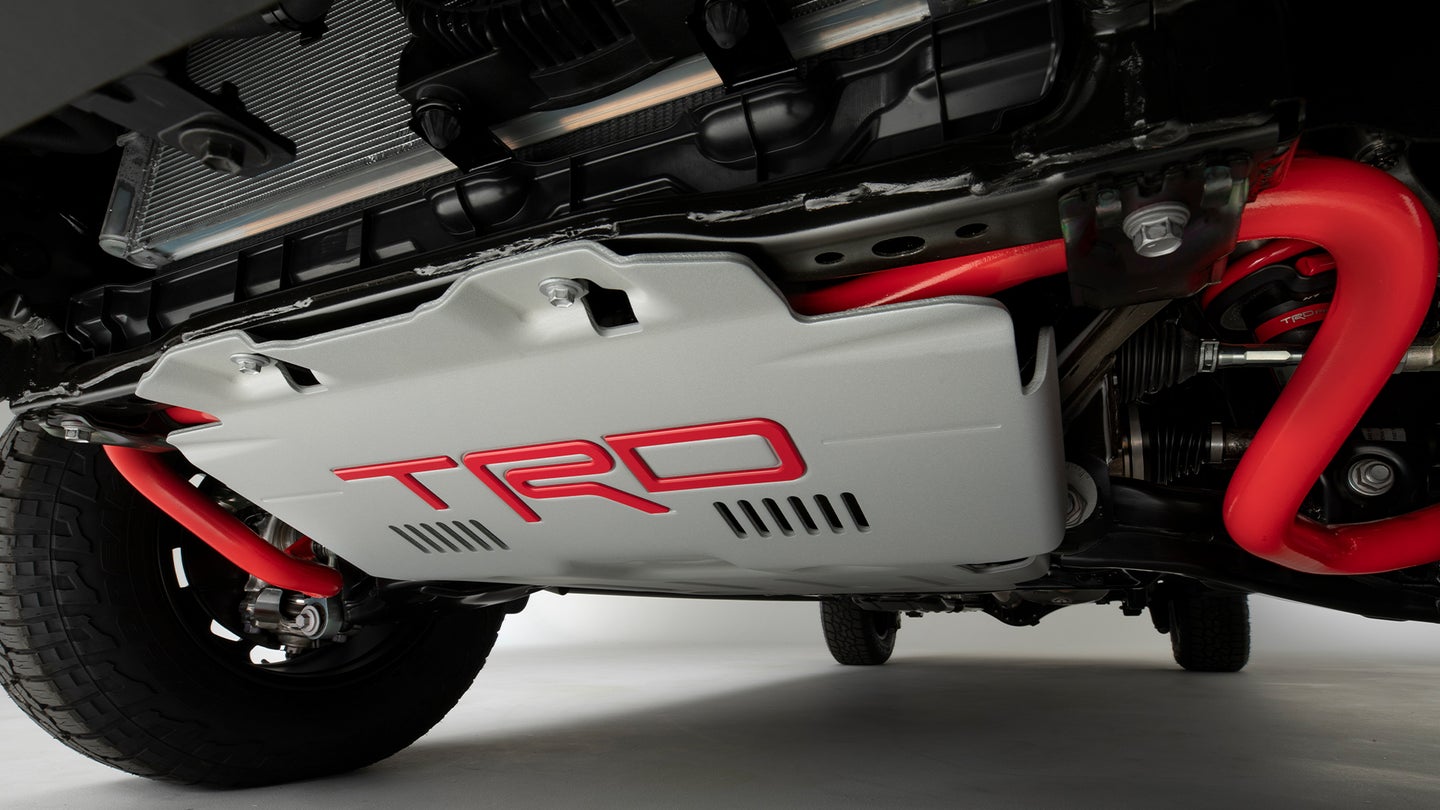 If there's a vehicle on the road that deserves an upgrade, it's the Toyota Tundra. After all, there aren't many models that make it 14 years without getting serious updates. And while sales figures might be peanuts compared to Ford's legendary F-Series or the Chevrolet Silverado, Toyota continues to sell a steady supply of its own full-size pickup, which is finally getting a much-needed overhaul.

Luckily, that also means a new, more off-road-capable TRD Pro variant of the 2022 Toyota Tundra. We've already seen it, actually—at least from the front three-quarter view—with a funky grille that got the internet talking straight away. It's also got a bold red interior that should put some other trucks to shame. But it's not all fancy lighting and looks for Toyota. The new Tundra is also getting a complete mechanical revamp, especially in TRD Pro trim, which we now know includes a fancy coil spring rear suspension.

In a set of teaser photos shared by Toyota on Tuesday, the TRD Pro can be seen wearing some fancy new Fox Racing shocks up front, coated in a powerful shade of red to match a beefy sway bar nearby. But the real party piece is out back where Toyota says it's "turning over a new leaf." And yes, that's an actual statement made by Toyota and not a terrible dad joke that I came up with instead.

The same shade of red can be seen at the rear axle; just don't expect to find any leaf springs.

This alone puts the Tundra TRD Pro in a league only shared with the Ram 1500, Ram TRX, and 2021 Ford F-150 Raptor. The standard F-150 pickup and GM's offerings—the Chevy Silverado and GMC Sierra—all have leaf springs; right now, it's unclear if the non-TRD Pro Tundra will also have rear coil springs, though it's certainly possible.

So what does this mean exactly? Well, on paper, it almost definitely means a better four-wheeling truck.

The simplicity of leaf spring suspension is its own worst enemy, in some ways. Its very design limits articulation, which means that a more modern link and coil setup will nearly always outperform leaf spring tech off-road—that's a plus for any TRD Pro truck. Approach and departure angles are significantly improved with refined suspension geometry, too, and it should allow the pickup to flex significantly more, meaning increased wheel-to-ground contact should the condition call for it.

Needless to say, this is a big deal for a truck that's been around for more than a decade. Couple that with a sweet new interior and what we can only surmise will be the Land Cruiser's twin-turbo V6 under the hood, and you've got yourself a properly modern truck that could excite even the most brand-loyal domestic buyers.

Now, if only Toyota would show us the whole thing.