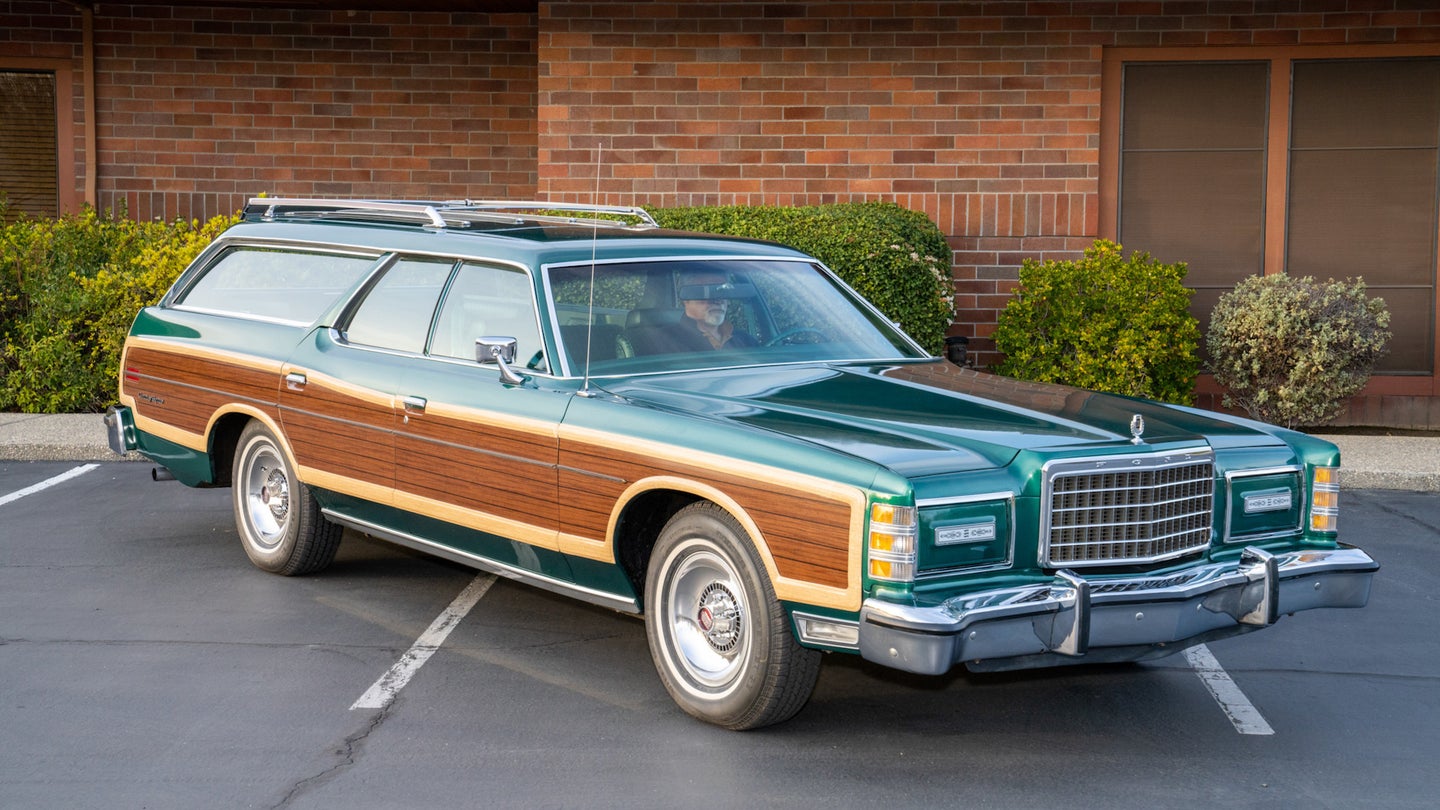 The station wagon is a relatively rare sight on dealers' lots these days, but there was a time—pre-SUV—where they were the go-to vehicle for anyone needing to move a family and all the junk that comes with it. The 1978 Ford LTD Country Squire wagon came at the pinnacle of that golden era, and now a glorious example can be yours via Bring a Trailer, where it's currently sitting pretty at a staggering $19,000.

Before the fuel crisis all but killed large cars in America, the streets were crawling with land-yachts like the Country Squire. This one is about as close to its original glory as it gets, with only 5,000 miles on the clock and near-spotless bodywork. The interior is not only clean, it’s covered in what is probably miles of Jade Duraweave, which is a carpet material commonly used in marine applications. True to cars of the time, everything in the interior is green, including the headliner, steering wheel, and dash. Only a few wood accents step in to break up the monochromatic interior.

Heck, it’s even got third-row seating via two fold-down jump seats in the cargo area and gobs of legroom thanks to its 121-inch-long wheelbase and nearly 19-foot overall length. Forty years before Ram introduced its Multifunction tailgate and GM arrived with its MultiPro variant, Ford was busy killing the wagon game with its Magic Doorgate that could drop open like a tailgate or fold out to one side with the glass up or down.

Under the hood, there’s a 351 (5.8-liter) V8 paired with a three-speed Cruise-O-Matic automatic transmission. The factory steel wheels have aluminum hubcaps and come with Cooper Trendsetter tires, though their 2013-2014 date codes may mean a tire replacement will be due before the car is driven considerably.

If you’ve got the itch for a proper wagon and you have the room to park it, this is a serious gem.

Practical performance for a practical guy.

This is the ultra-luxe, ultra-practical do-everything Bentley of our dreams—if only it existed.