Among the Bugattis, Paganis and Ferraris, this Pinto stood out as one of the most interesting cars for sale at Monterey Car Week. 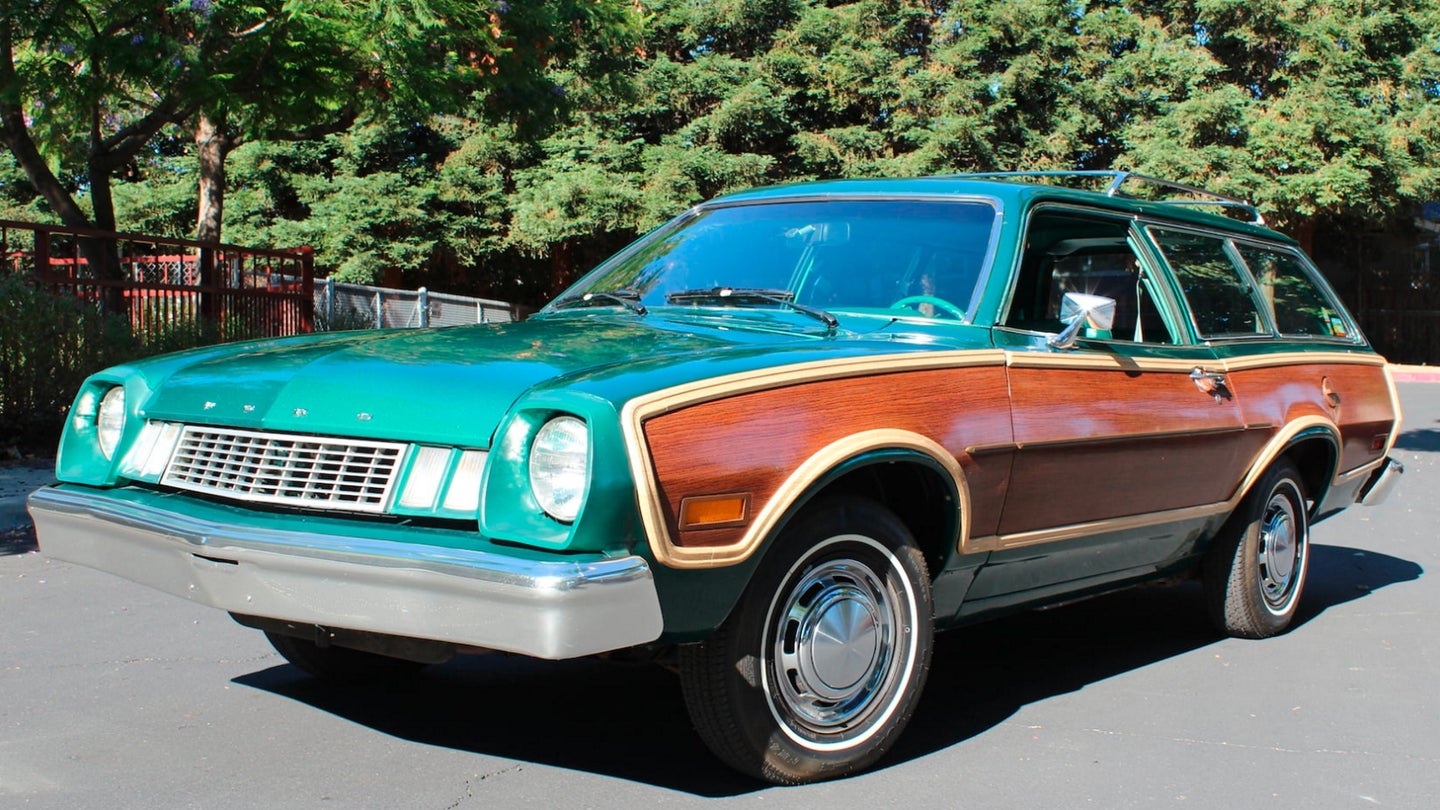 A 2017 Ford GT, a Lamborghini Centenario, multiple Bugatti Veyrons, several LaFerraris, the winning car of the 100th Indy 500 and a list of other exotic, rare and extremely valuable cars highlight the Mecum Monterey auction that’s going on right now. However, there’s one car that’s much more humble, much less valuable, but arguably more interesting than all of the aforementioned stunners. It’s a 1978 Ford Pinto and it just sold for a staggering $33,000.

This quite simply has to be one of the cleanest all-original Pintos in existence from its more than three million unit production run (more than 1 million of which were recalled). The Pinto has a reputation for being one of the worst cars ever made, partially for its infamous fuel tank design that made it prone to burst into flames when it was rear-ended. The Pinto is a symbol of failure on the American car industry’s part to compete with more desirable compacts from import brands like Honda and Volkswagen in the 1970s.

So why did someone pay almost as much as the average new car transaction price for a 40-year-old vehicle that is a poster child for bad cars? We can’t say for sure without asking the buyer, but it could be because it’s such a clean example of a car that was never intended to survive for 40 years. This particular Pinto is a Squire Wagon, which is the three-door station wagon variant. The other two Pinto body styles were a two-door fastback and a three-door hatchback. This was the family Pinto.

In classic station wagon fashion, this Pinto Squire Wagon is adorned with wood exterior paneling contrasting its lovely green paint. If you like the green, you’ll love the interior. The vibrant cabin of this Pinto still has its original plaid seats, making it the ultimate period-correct machine for the malaise-era enthusiast.

It’s hard to believe that this Pinto, which is believed to have 15,739 miles on it, is unrestored. The paint appears to be in great condition, the interior looks to have never been sat in and even the wood paneling could pass as fresh off the tree (or press).

The 10 Worst Cars of All Time

A true hater’s guide to the least loved cars ever made.