A Washington Highway Patrolman posted a video of the improperly secured muscle car crashing on Twitter, and it’s downright painful to watch. 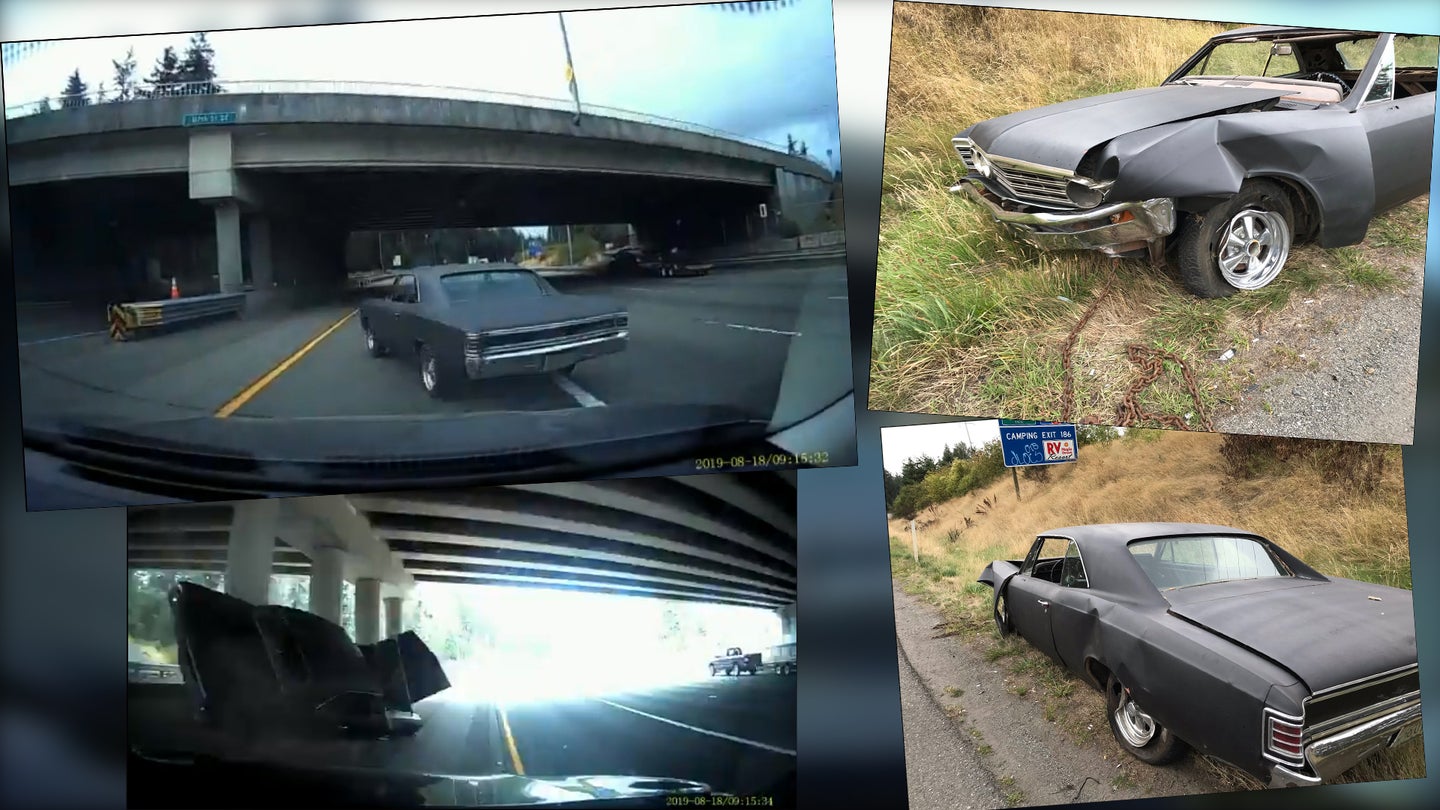 Whenever towing or hauling a load down the road, it may seem like common sense to secure everything before setting off, besides the fact that every rule in the book tells you to. But common sense isn’t always so common as an individual hauling a 1967 Chevrolet Chevelle project car on Interstate 5 in Everett, Washington learned when they didn’t lock down their load properly and lost the classic muscle car at highway speeds.

Washington State Police Trooper H. Axtman released a dashcam video of the incident via his Twitter page, which occurred sometime last month. It features a motorist traveling in the HOV lane on the highway when suddenly, the driverless Chevelle careened across all lanes of traffic after falling off its flatbed trailer. The innocent motorist then collided with the Chevelle.

Thankfully, nobody was injured in the crash and police cited the driver towing the Chevelle for failure to lockdown the car on the trailer. Such a citation can carry up to $228 in fines and even criminal charges.

Sadly, the matte-black Chevelle wasn’t able to escape the ordeal without hefty damage. It appears to have sustained a major blow from crashing into the center highway guard before coming to a rest. Sadly, that restoration project just became a much larger one.

But according to the WSP, this isn’t an isolated issue as state trooper Johnna Batiste told KING5 News that they receive calls for unsecured loads all of the time.

So, if you needed one, here’s your reminder to check your straps, chains, and other tie-downs to make sure your pride and joy doesn’t end up on the news.