Its creator calls it the Chevrolet “Triation.” 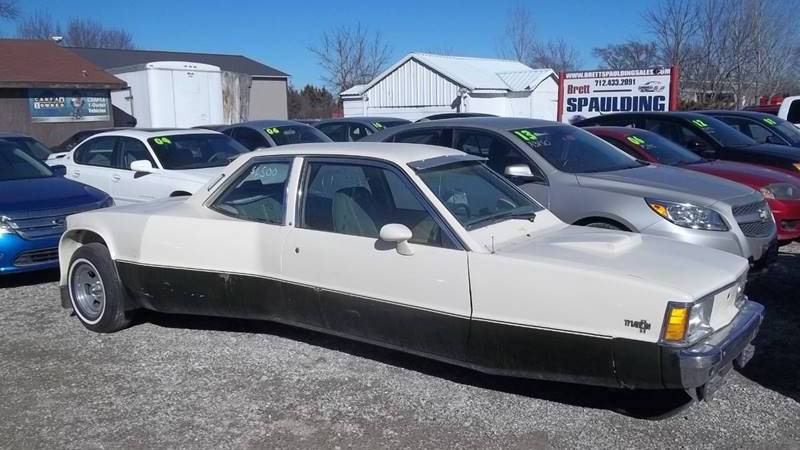 Can you recall the last time you heard someone bring up the 1980-1985 Chevrolet Citation? No, of course you can't, and that's because nobody thinks about GM's first real attempt at an economy car (the Chevette notwithstanding). There's little to say about it, and thus even less reason to consider modifying one, but that didn't stop an Iowa man from turning their Citation into one of the strangest, yet somehow greatest custom cars we have ever seen.

Your eyes don't deceive you, you're looking at a Chevrolet Citation trike conversion, one with a custom fender badge that's been baptized as "Triaton." The original's 2.5-liter "Iron Duke" four-cylinder, three-speed automatic transaxle, and pretty much everything else has been moved rearward in order to make the Triaton a "proper" rear-wheel-drive trike. That, in turn, means that either the bodywork was flipped around on the engine or vice versa, though in either case, it means the radiator had to be remounted to stay in its original location behind the grille, which now faces rearward. Are you lost yet?

At the front, there's just a single wheel to steer, held in place by minimal suspension and tied to the rears by a presumably a custom-fabricated frame. Between the two axles sits a surreal body, narrowed to fit just one occupant in each row much like a two-seater fighter jet (possibly the builder's inspiration).

Speaking of which, you might be wondering such a thing and why? The answer, sadly, might evade us. This car is listed for sale by Iowan used car dealer Brett Spaulding Sales, whose inventory page for the Triation makes a single, mysterious reference to the vehicle's creator: "the man made a lot of crazy projects before this one."

Further research on the Chevrolet Triation turns up a single, short Jalopnik article from 2011, when the car was sold on eBay by the nephew of its then 76-year-old builder. As the original eBay listing is long gone—and possibly the Triation's builder too—the trail leading to the rest of the Triation's alleged odd brethren is now cold.

A Washington Highway Patrolman posted a video of the improperly secured muscle car crashing on Twitter, and it’s downright painful to watch.

The Niken GT is more on the touring side of sport touring.