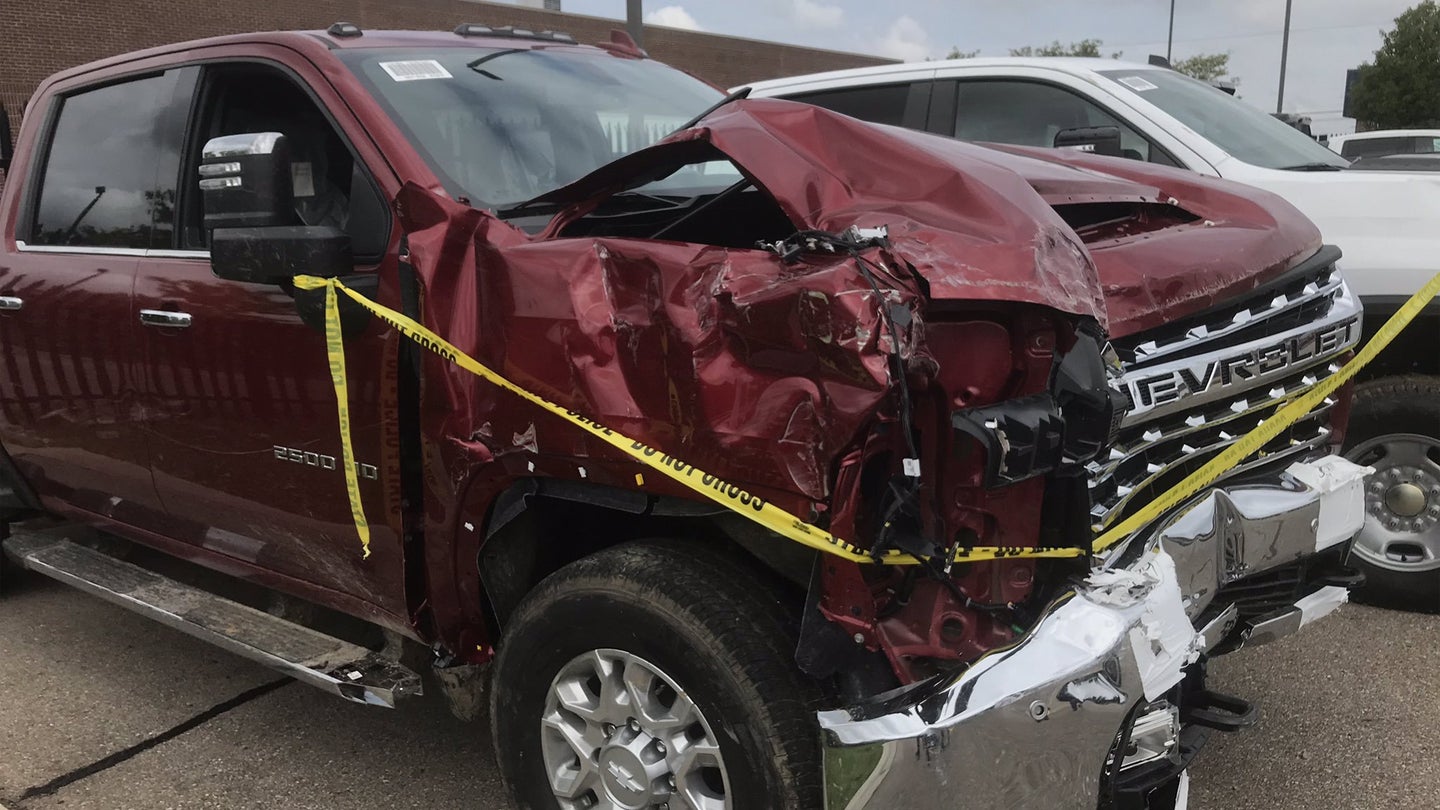 Demand for General Motors pickup trucks may have slowed down in 2019, but that hasn't stopped window shoppers from imagining themselves behind the wheel of a new Silverado or Sierra HD. Clearly, this includes young teenagers, because a couple of them were recently arrested for stealing $640,000 worth of pickup trucks from a GM holding lot near the trucks' assembly facility in Flint, Michigan.

According to ABC12, police in Genesee County were called Sunday morning when passersby witnessed several brand-new Chevy Silverado and GMC Sierra pickups being driven out of an overflow lot. Shortly after, police were called yet again by folks from GM's OnStar. As it turns out, one of the trucks had been involved in an accident only moments after it was driven away from the property and triggered OnStar's emergency response.

When police arrived at the scene of the accident, they found that one of the trucks had been crashed into the drive-thru ATM of a local credit union, presumably in an attempt to extract cash from the unit.

Meanwhile, OnStar had phoned police yet again to inform the authorities that they had located one of the stolen vehicles in a wooded area near an elementary school. Police converged on the scene and located six more trucks in the woods. Instead of escaping in the trucks, police say that suspects jumped out of the vehicles (all of which had their engines running when officers arrived) and reverted to other more rudimentary means.

Police were able to apprehend only one suspect at the scene, but a second individual was eventually taken into custody when police discovered the eight missing truck.

Also interesting is the fact that both suspects are juveniles. While police aren't releasing names, they say that the two individuals arrested for the thefts so far are 14 and 15 years of age, and there are more coming. Both teens were charged with nine counts of unlawfully driving away in an automobile, safe cracking, and malicious destruction of property over $20,000.

Reports claim that each truck was approximately $80,000 each (which explains why vehicle ownership costs have been on the rise lately), inflating the grand total for all eight trucks to over half-a-million bucks.