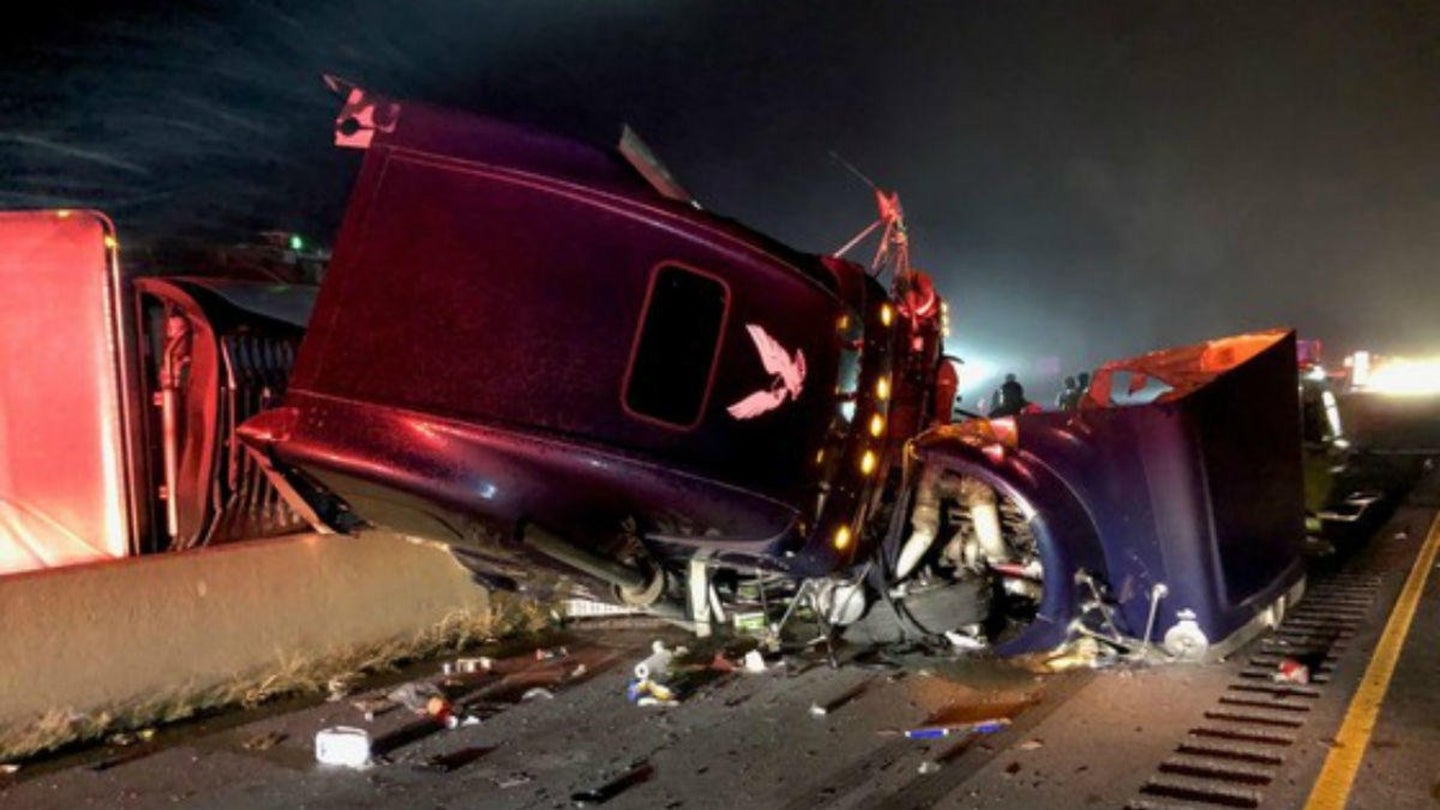 Grocers and convenience stores might have to wait a little longer for their latest shipments of hazelnut cocoa-flavored bread sauce after a semi-truck carrying 44,000 pounds of Nutella rolled over on a highway in Indiana.

According to Indiana State Police, it happened sometime after 9 p.m. Monday on the westbound lanes of I-94 around a half-mile west of the state's border with Michigan. The Freightliner was traveling from London, Ontario when a car reportedly slammed on its brakes, causing the semi driver to brake hard and veer to the left, losing control, hitting the concrete median, and eventually putting the tractor and trailer on their sides with the tractor laying on the opposing, eastbound lanes.

The incident is being classified as a single-vehicle rollover and no injuries have been reported.

Judging from the police report and photos, it doesn't look like much of the payload leaked out of the trailer and onto the roadway but the truck apparently spilled 150 gallons of diesel into the median. Look for heavily-discounted, suspiciously scuffed-up jars of the sweet brown stuff at a Chinatown dime store soon. The Nutella, we mean. Not the diesel.

Hazelnut spread supply chain woes aside, the overturned trailer blocked all three westbound lanes, closing that direction of the highway completely for two-and-a-half hours, causing traffic to be diverted off in Michigan. The trailer was moved to the shoulder and removed the next day.