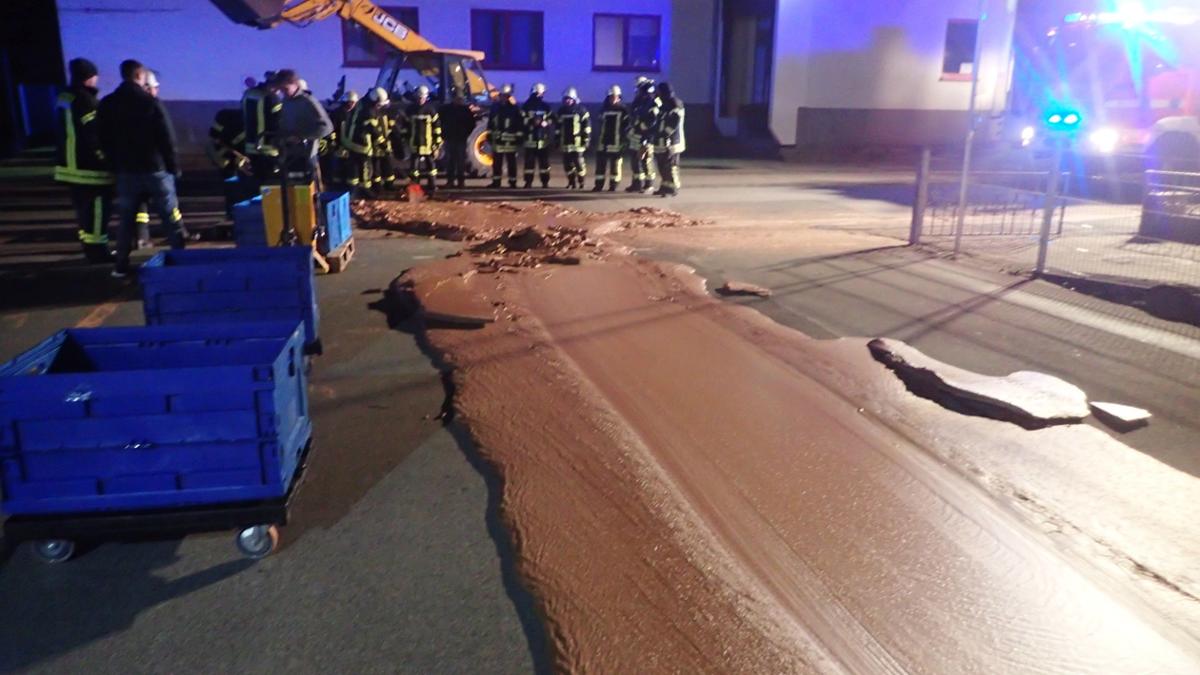 An accident at a German candy factory left a road encrusted with a thick layer of chocolate.

Around 8 p.m. on Monday, chocolatier and sweets retailer DreiMeister Spezialitäten of the Westönnen district of Werl, Germany experienced a problem with one of its liquid chocolate storage tanks. A small wave of molten chocolate escaped the facility and ran into the street, where the combination of cold ground and air cooled and solidified the chocolate. This gave the street a scrumptious candy coating 10 meters square, or about 108 square feet. No injuries have been reported.

"A chocolate tank in the building had overflowed," said a spokesperson for the Werl fire brigade to Soester Anzeiger. "About a ton of chocolate ran out into the yard and from there onto the street."

Approximately 25 members of the Werl fire brigade responded to the accident, according to The Guardian. They reportedly used a mixture of hand tools such as shovels and axes as well as heat in the form of torches and hot water to remove the majority of the mess before private specialists were called in to clean the remainder. Quick work meant that the road reopened at about 10 p.m. on Monday, scarcely two hours after the spill.

A similar accident on a larger scale occurred in May, when a truck carrying liquid chocolate rolled on a Polish highway, coating a significantly larger area. In that incident, the truck's driver broke their arm, and Polish authorities faced the task of clearing six lanes of highway rather than a stretch of suburban road. Though the Germany incident suffers the unfortunate timing of occurring near Christmas, Dreimeister is not expected to be unable to supply residents with sweets for the upcoming holiday.