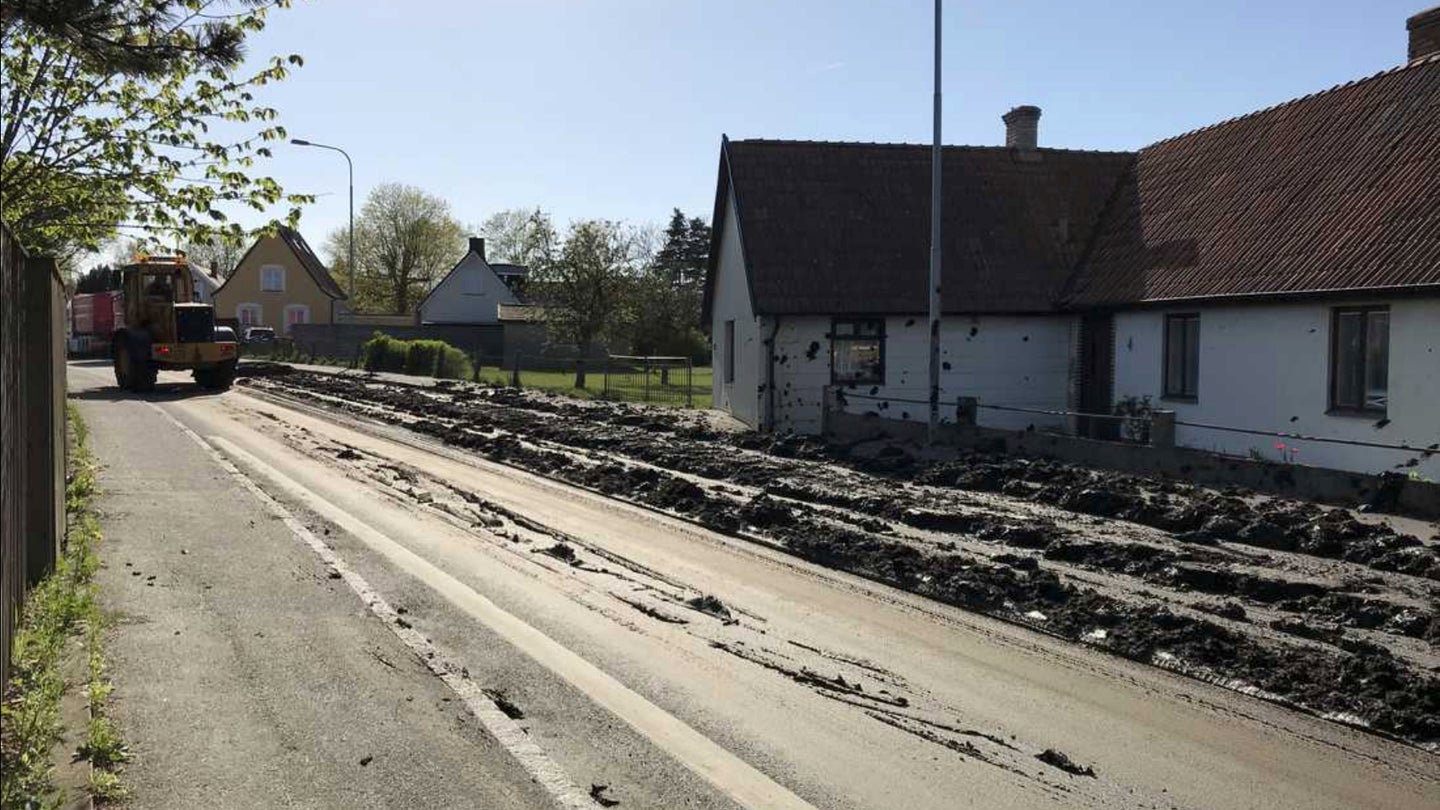 A truck carting human waste across Sweden on Monday afternoon had a bit of a moment, when a malfunction in its release system caused it to spill human feces across a busy intersection in the town of Åhus.

According to Aftonbladet, authorities received a call around 5:30 pm Monday that reported a mess on County Road 118. Responders, which reportedly included the police, Rescue Service, and Swedish Transport Administration, arrived to find a 50- to 60-meter patch (about 170 to 190 feet) of road covered in the organic material. Kvälls Posten reports that the cause of the leak was determined to be a leaking hatch on the truck carrying the fecal matter, which was transporting the poop between sewage treatment plants.

In total, approximately eight metric tons (almost 18,000 pounds) of scatological substance is believed to have leaked from the truck transporting it, some of which was visibly spattered on a house by the side of the road, as depicted in the photo above. This house, the residence of an older gentleman, was reportedly entirely surrounded by the muck.

Cleanup is reported to be the responsibility of both the Swedish Transport Administration and the trucking company that made the mess. Multiple drivers reportedly drove through the waste, likely unaware of its composition, and an official for the emergency services for the nearby city of Kristianstad advised those who did so to wash their vehicles to reduce the risk of infection.

According to Live Science, the average human bowel movement comes out at around approximately one pound, and that it would take a single person between 45 and 55 years to produce the spilled volume of waste.