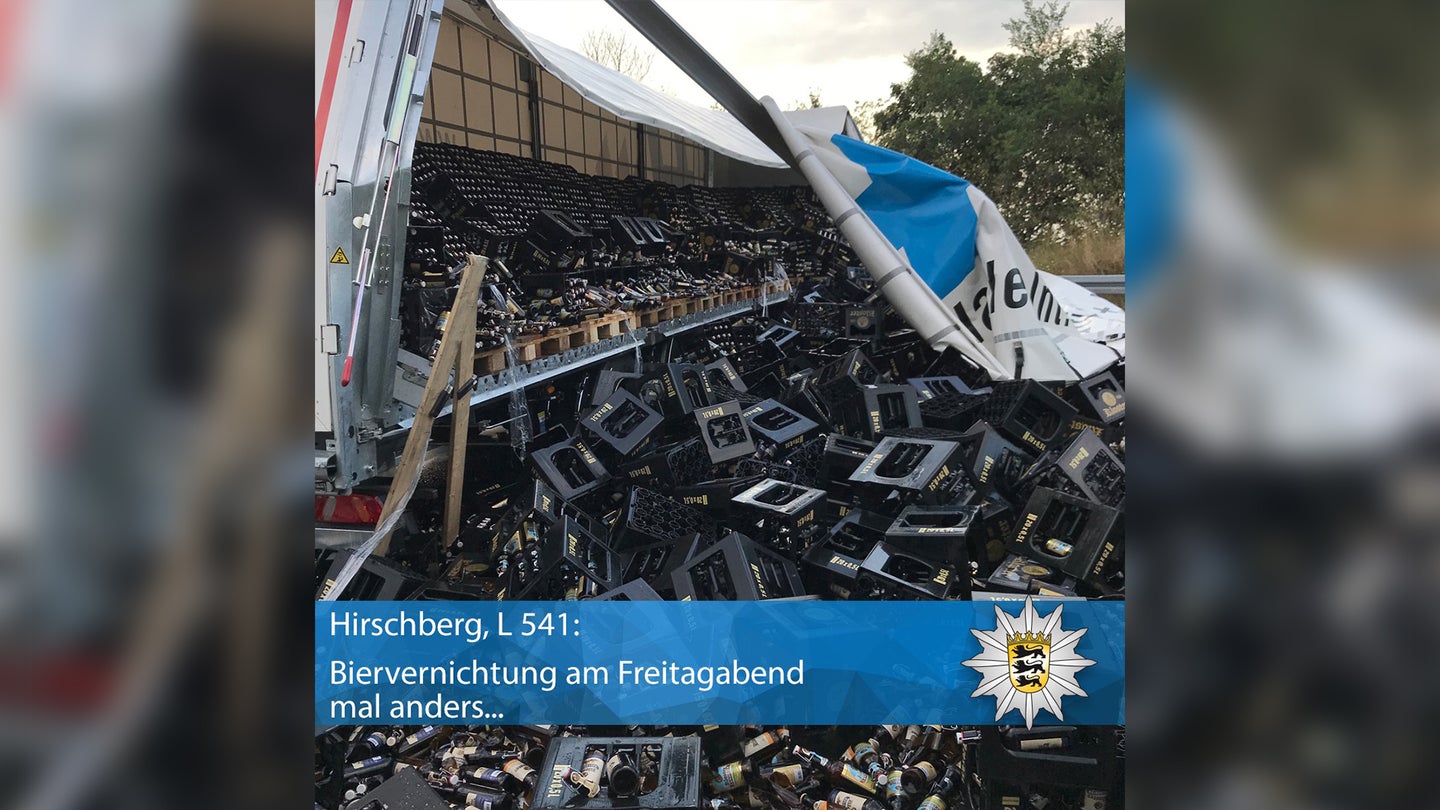 A semi-truck transporting a load of beer was involved in an unfortunate crash on the Autobahn in southwestern Germany, spilling over 10,000 bottles of beer (roughly $13,330 worth) all over the nation’s highway on Friday evening. The truck was carrying a total of 1,280 cases of beer and around 40 percent of it was reportedly lost due to the crash.

Multiple reports claim the polizei from the city of Mannheim responded to a motor vehicle accident at around 7:30 p.m. local time, which is when they discovered a crashed semi-truck near the small town of Hirschberg. Thankfully, albeit sadly, all casualties were booze-related.

According to initial investigations, authorities believe that the truck’s load wasn’t secured properly, leading to the incident when the truck attempted to leave the Autobahn via an off-ramp. Following the aftermath, it supposedly took a total of 29 volunteer firefighters to clean up the spillage over the course of six hours. That section of the Autobahn was closed during that entire period and wasn’t reopened until 2:00 a.m. local time.

Police posted a picture of the incident on Twitter and Facebook, showing the damaged truck with crates of beer pouring out of the trailer. A sight that is, for obvious reasons, sad to look at.

In addition to the loss of beer, damage to the truck is reportedly amounting to approximately $33,327. The investigation for the accident is ongoing.

Police brought a proper booster seat to the scene to properly secure the toddler.