Police brought a proper booster seat to the scene to properly secure the toddler. 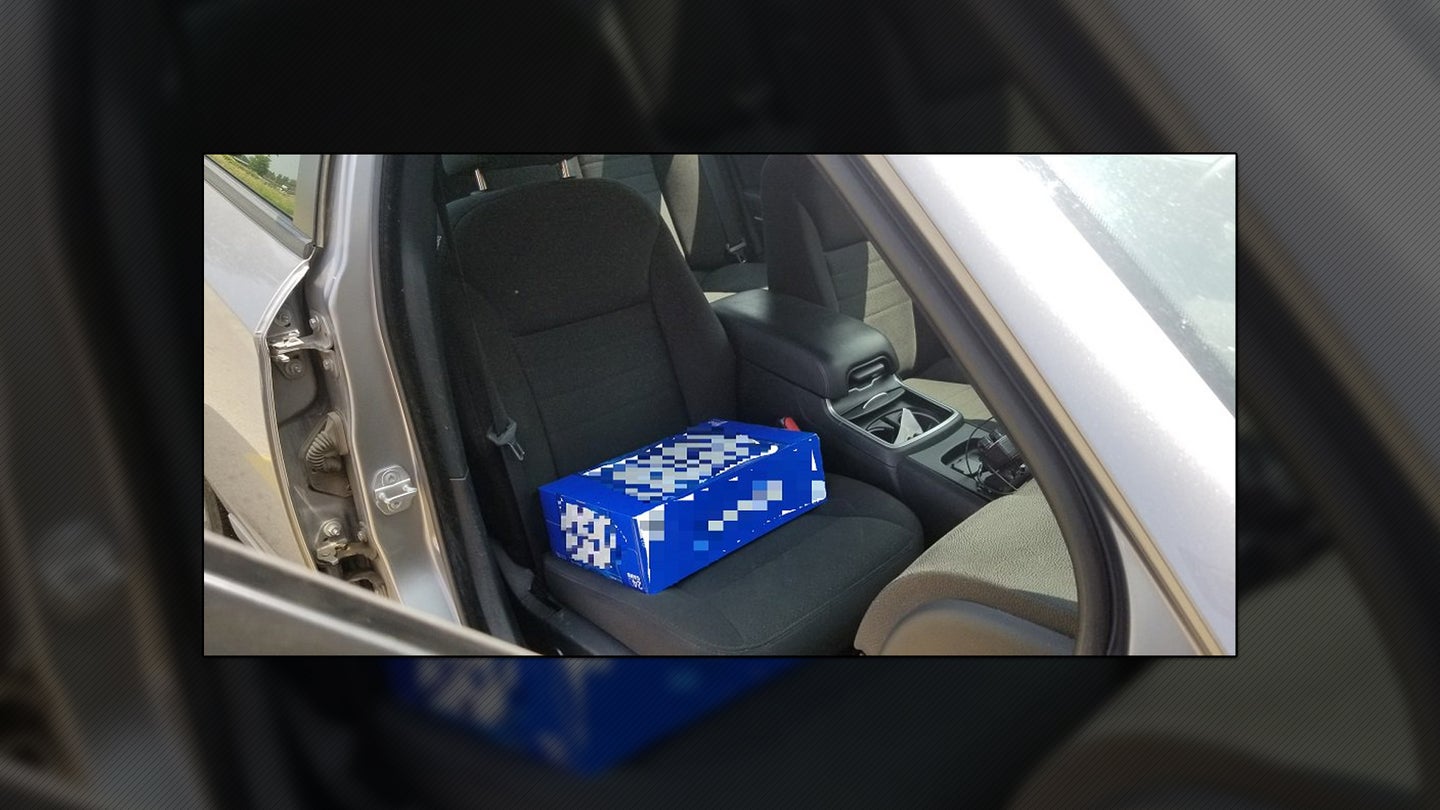 A Canadian man has been charged after police say an officer spotted an improperly secured child in his car. While this might seem like a rather mundane (yet dangerous) event, police say that the case of beer being used as a booster seat substitute certainly wasn't normal.

The Ontario Provincial Police confirm that the driver has been charged following the traffic stop which occurred earlier this week in North Perth. After pulling over the 22-year-old driver, whose name is being withheld to protect the child's privacy, police noticed that he failed to secure his two-year-old passenger as required by law.

Police reportedly brought a properly sized booster seat to the scene for the child and subsequently notified Family and Children's Services of the incident.

Rather than publicly chastising the driver, officers are using this mistake as a teaching opportunity for the public. The second image in their tweet outlines requirements set forth by law, reinforcing that children under the age of eight who weigh less than 80 pounds must be secured in a booster seat, while those under 40 pounds require the use of a traditional car seat.

Statistics collected by the United States Centers for Disease Control and Prevention further reinforce the need for drivers to ensure that their children are properly restrained in case of an accident. In 2016 alone, 128,000 children under the age of 12 were injured in motor vehicle crashes. A total of 723 of those children were killed as the result of the accident, 35 percent of which were not properly buckled up. Booster seats can reportedly reduce the risk of serious injury in a crash by as much as 45 percent in children aged four to eight years old.

Her idea of carpooling is way, way off.