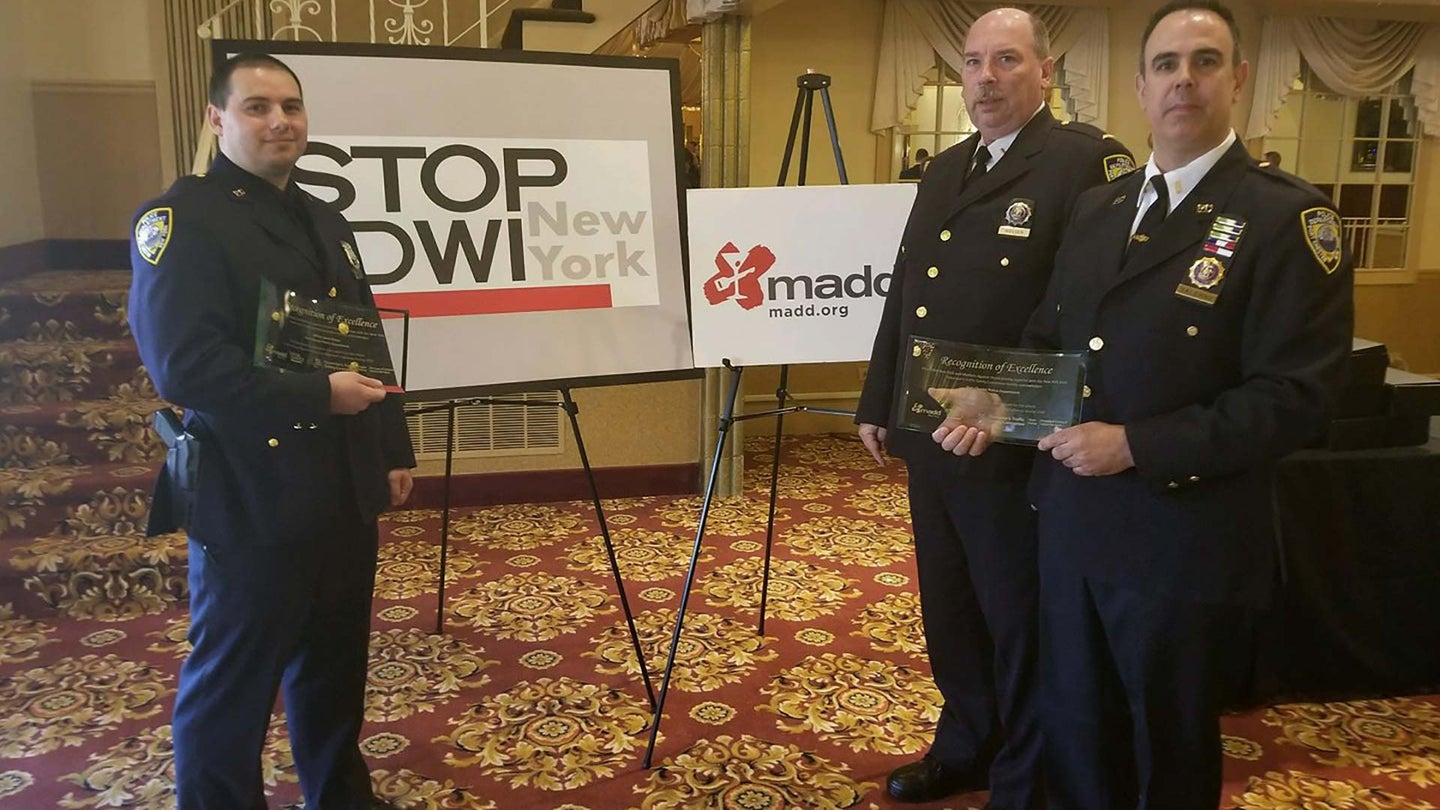 Port Chester is a modest little town of around 30,000 in Westchester, New York, located along the border of Connecticut. The Port Chester Police Department may not be the biggest or busiest department in the county, but it definitely has one of the most proactive officers. According to a recent LoHud report, Officer Jason Behar made an astounding 128 DWI arrests in 2016. A little back-of-the-napkin math reveals that could be as much as one DWI arrest every other shift (depending on vacation time, overtime details, and department shift structures).

In an interview with LoHud, Port Chester Police Chief Richard Conway said, "He made more arrests than some of our neighboring police departments make in a whole year."

The proactive Behar's success in taking dangerous individuals off the street is reportedly in part thanks to his ability to quickly identify and subdue intoxicated drivers. According to Behar, he looks for drivers riding the center line, driving with their headlights off, or swerving. Between his keen sense of observation and on-the-job experience, Behar has proven he has what it takes to effect a successful DWI arrest.

Behar told LoHud he is passionate about getting intoxicated drivers off the streets because of the danger they pose on themselves and others. Behar has responded to countless alcohol-related motor vehicle accidents, and says he feels such drivers have no place on the roads.

Unfortunately, as Behar says, driving under the influence still seems to be somewhat of a socially acceptable crime—thus resulting in repeat offenders and cavalier participants. Although anti-drunk driving campaigns have become more prevalent over the years, we still have a long way to go to stop DWI incidents. Fortunately, there are officers like Jason Behar out there battling this dangerous crime.

Watch This Woman Do Cartwheels for Cops During a DWI Stop

No, cartwheels are not part of the standard field sobriety test.