It’ll be a requirement for children under 4-foot, 9-inches, and there’ll be no riding shotgun until the age of 13. 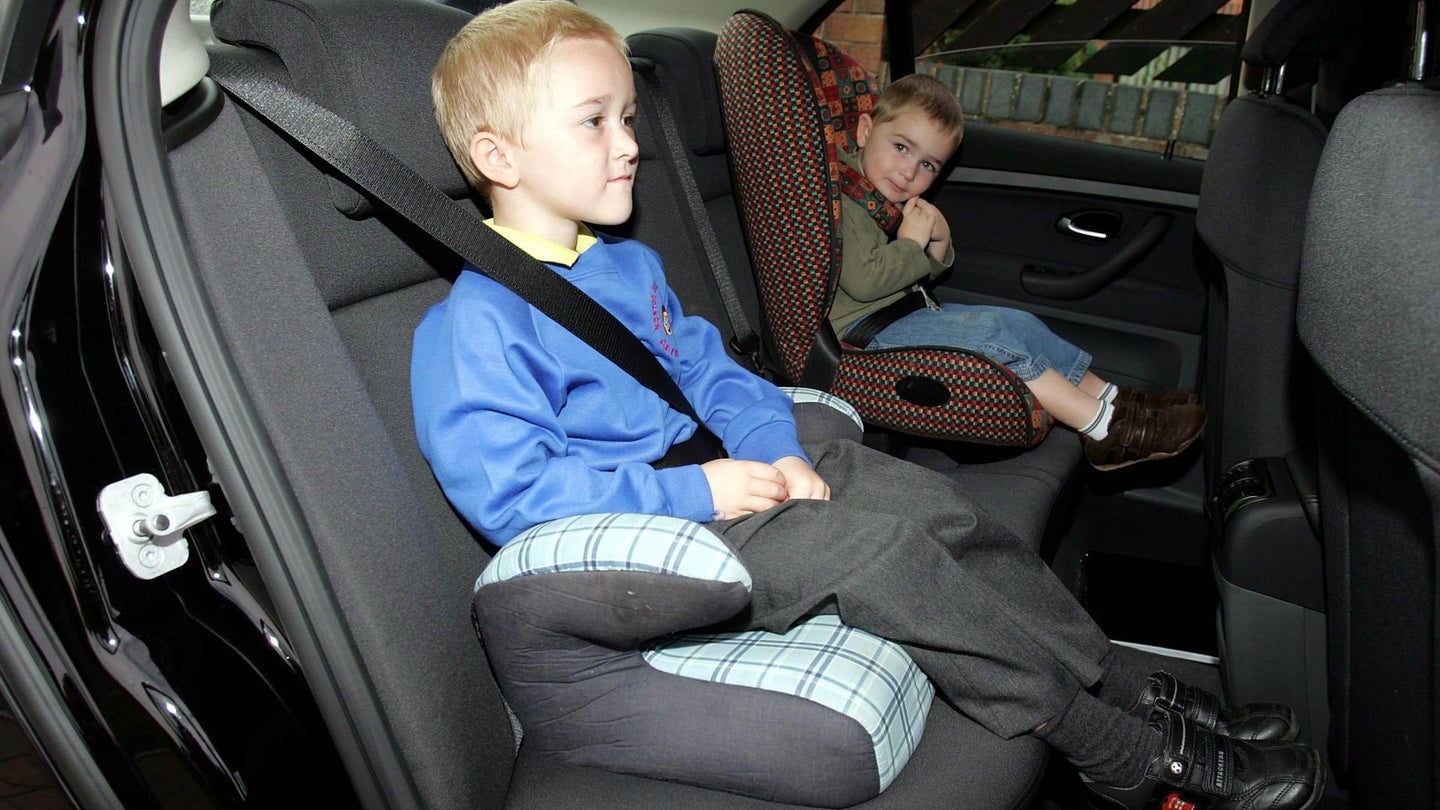 The state of Washington has signed in more stringent child seat laws which would require kids up to the age of 12 to sit in booster seats. Because the one thing an angsty, self-conscious almost-teen absolutely needs is physical, infantilizing evidence of their lack of height.

Going into effect Jan. 1, 2020, the new legislation requires toddlers and babies under the age of two to use a rear-facing car seat, children aged two to four to use a front-facing car seat, and kids over the age of four but shorter than 4-foot, 9-inches to sit in a booster seat, reports CNN. It's a bad time to be a late bloomer.

From House Bill 1012, children must keep sitting in booster seats "until the vehicle lap and shoulder seat belts fit properly, typically when the child is between the ages of eight and 12 years of age, as recommended by the American Academy of Pediatrics, or must be properly secured with the motor vehicle's safety belt properly adjusted and fastened around the child's body."

Oh, and no riding shotgun until you're 13.

University of Washington School of Medicine pediatrics professor Dr. Beth Ebel says the changes "will help parents protect their children on the road" and "brings us in line with current best thinking about keeping kids safe." Ebel adds, "Catastrophic car-crash injuries we’ve seen to children’s brains, organs, and nervous systems might have been preventable had the child been buckled in the correct car seat."

The UW doctor specifically calls out ill-fitting seatbelts on older children—preteens aged eight to 12—contributing to "completely preventable injuries, even at relatively slow speeds like 30 miles per hour."

Drivers with a passenger under the age of 16 caught without the appropriate child or booster seat can be ticketed.

Look, we get it. Safety comes first. But a lot like ubiquitous phone cameras and mumble rap, this makes me glad to be a child of the '90s.

A backless booster seat keeps your car safe for your child