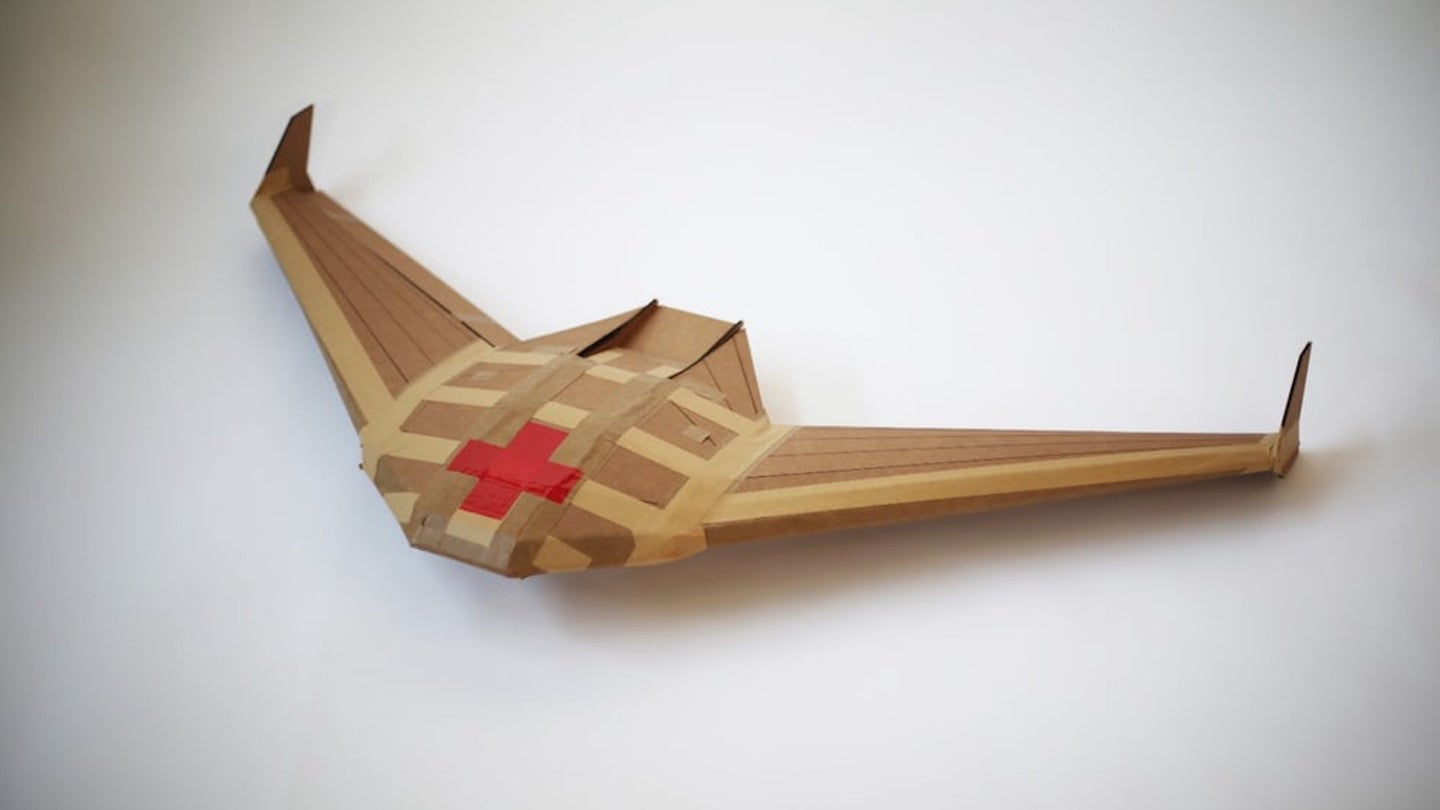 This is a story of two Defense Advanced Research Projects Agency ventures. One of them, a disposable drone endeavour called ICARUS, cropped up in 2015. The other, called VAPR, involves self-destructing circuitry and dates back even further. Now, both have converged in San Francisco, where DARPA is backing the eggheads at Otherlab. The result? This brilliant little motor-less, rotor-less, single-use cardboard drone.

Meet the new Aerial Platform Supporting Autonomous Resupply Actions (APSARA) system. It uses the hull of cargo aircraft, like a C-130 Hercules, to drop these smaller, self-flying cardboard craft en masse. Inside each, autonomous algorithms allow 55 miles of air range from the point of release, and precise landing zones. According to Otherlab’s hardware engineer, prototypes have been successfully tested deploying at altitudes up to 1,000 feet. After making landfall, the electronic kit inside the drone self-destructs; because its fuselage is hewn entirely from biodegradable cellulosic materials, the humble little craft simply evaporates in a matter of days.

DARPA developed VAPR’s dissolving circuitry for military use, ensuring drones couldn’t be reused by foreign armies. But Otherlab says that, in APSARA guise, the technology can also serve delivering aid to areas without automotive infrastructure, and in disaster scenarios, where roadways are destroyed. During a major catastrophe, like the 2015 Nepalese earthquake, which killed upwards of 9,000 people, a simple transporter flyover could release hundreds of cardboard drones, carrying everything from medicine to blood. APSARA fleets might maneuver around hot spots during a wildfire, or bring supplies to rooftops after a devastating flood. Because the drones are cheap, sustainable and totally transient, the potential uses are innumerable.

APSARA prototypes are functional using a 2.2-pound payload, but Otherlab claims it can scale the drones to carry 22 pounds “without issue.” Realized and employed at scale, that could be a game-changer for soldiers and rescue workers alike. One hell of a paper airplane.