The driver survived and even managed to climb out of the mangled ‘Stang under his own power. 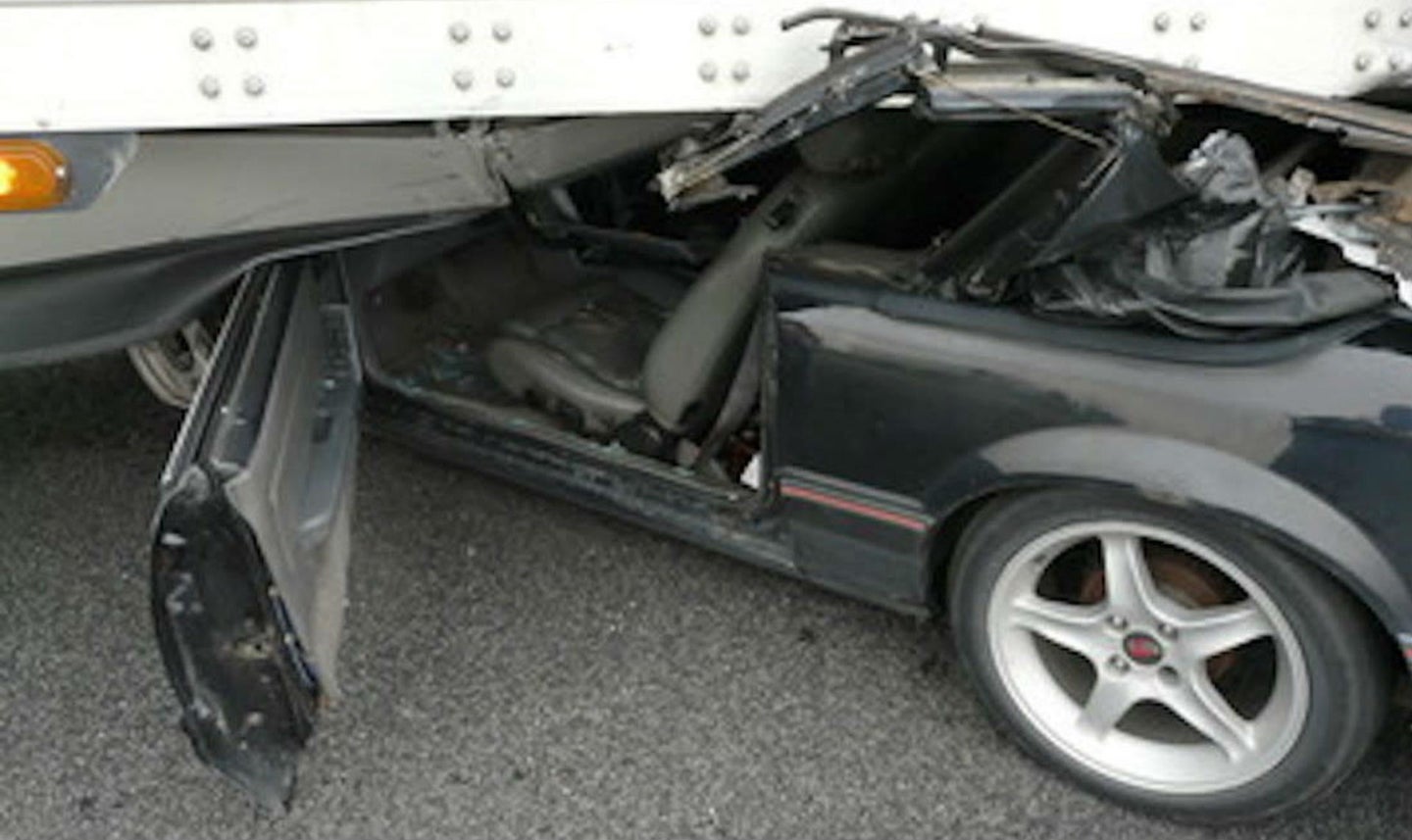 Indiana State Police were notified of a two-vehicle crash that took place on Sunday afternoon involving a 1989 Ford Mustang and Volvo semi truck in which the driver of the former lost control and was pinned underneath the 18-wheeler. The sports car was smashed by the tractor-trailer and dragged a half-mile before the semi driver noticed and subsequently stopped on the highway.

What's been described as a "mechanical failure" in the official news release caused Mustang driver Ryan Lawson, 40, to swerve into traffic. This resulted in his vehicle getting caught under the semi's trailer, causing major damage to the car's hood and cockpit. Miraculously, Lawson was able to exit the vehicle under his own power and appeared uninjured although he denied medical treatment.

Take a look at the carnage below:

Ivan Stovbun, 59, was piloting the Volvo semi at the time and explained he did not "immediately notice" Lawson's car had crashed into him. He reportedly drove at highway speeds for a half-mile before coming to a stop.

The accident caused traffic to come to a standstill for 30 minutes until officials could open the passing lane of Interstate 69.

This isn't the first report of a muscle car getting massively destroyed in the past week, though we feel that the guy who drove his Dodge Challenger Hellcat 130 miles per hour down the highway shoulder before barrel rolling is more to blame for his incident.