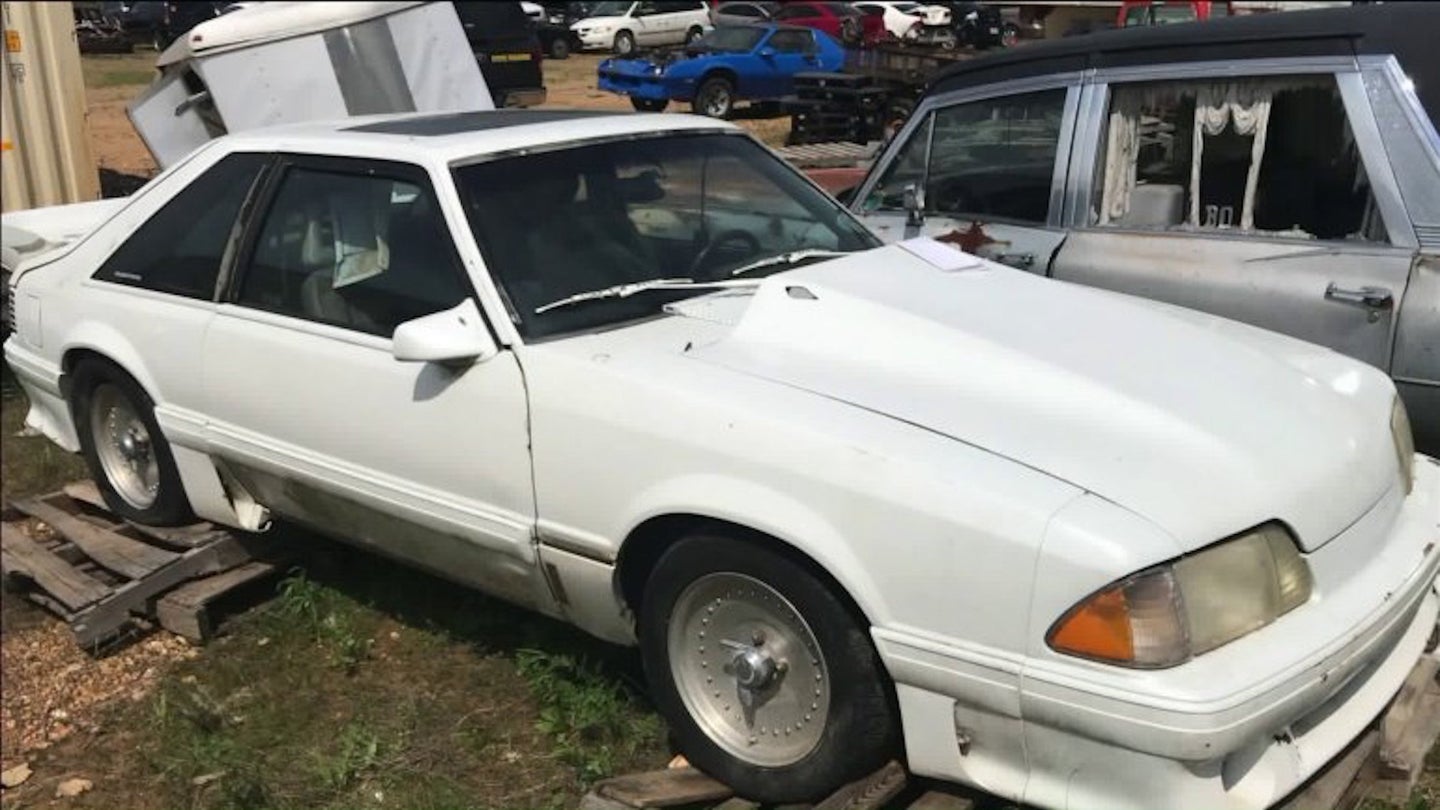 A 1991 Ford Mustang Foxbody that was stolen 26 years ago was, at last, found in a barn near Overland Park, Kansas according to Fox4KC.

The car’s original owner, known only as John R., listed its value at $17,000 when it was stolen. The Mustang was found when the farm’s new owner started digging around in the barn. The car was taken to the Kansas Highway Patrol, who determined that it was the mystery 'Stang that disappeared nearly thirty years ago.

The white Ford was found in poor condition, having become much more a home for stray rodents than a human driver. It had a Kansas safety inspection as recently as 2007, so the car was likely rebadged with a false VIN and driven around hiding in plain sight. Police say they have a good idea of who stole the car and that too much time has passed to file theft charges at this time, though there could still be fraud charges in store for the thief relating to falsifying the VIN.

The car’s real owner may be harder to track down. The almost 30-year-old police report and insurance records each have a different owner listed and neither have working phone numbers. At this point, the car is probably worthless to all but the most dedicated Mustang LX fans. Hagerty pegs the value of a fair-condition 1991 Mustang at $2,300—a benchmark this car certainly does not meet.

The Mustang isn’t on Overland Park’s list of most stolen vehicles, though several other cars and trucks from the '90s are. A 2012 report from KMBC News 9 lists the 1994 Honda Accord, 1995 Honda Civic, and 1991 Toyota Camry as the city’s most frequently stolen vehicles.