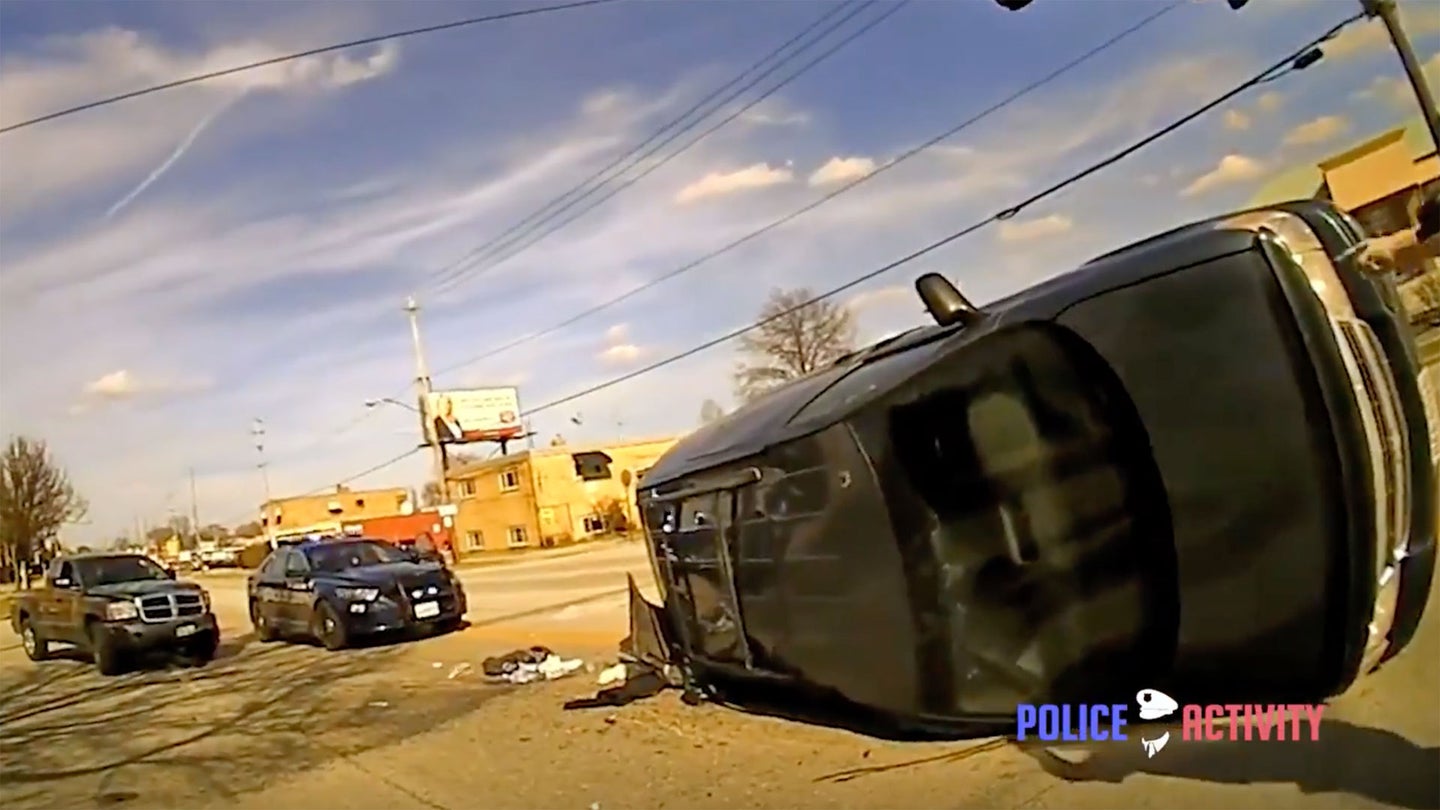 Intense dashcam and body camera footage from the Brooklyn, Ohio Police Department shows an officer being dragged by a fleeing minivan.

The footage begins with the officer questioning 34-year-old Thomas L. LaForce about potential involvement in recent thefts at a local Sam’s Club, Cleveland.com reports. When the officer asks LaForce to exit the vehicle, the suspect fails to comply and instead drives off with the officer clinging for his life.

The officer lets go after approximately 50 yards down the road and miraculously gets to his feet without any major injuries. After radioing the situation to his dispatcher, the officer begins to pursue the minivan. Shortly into the pursuit, the passenger side door of the minivan opens up and a suspect does a duck-and-roll onto the grass. Approximately 30 seconds after, the officer who initiated the traffic stop makes contact with the back left of the minivan which leads to the minivan rolling onto its side.

Eventually the suspect is extricated from the vehicle by officers and taken into custody. Fortunately no one was seriously injured during the ordeal but two officers and the suspect were transported by EMS to MetroHealth Medical Center for minor injuries.