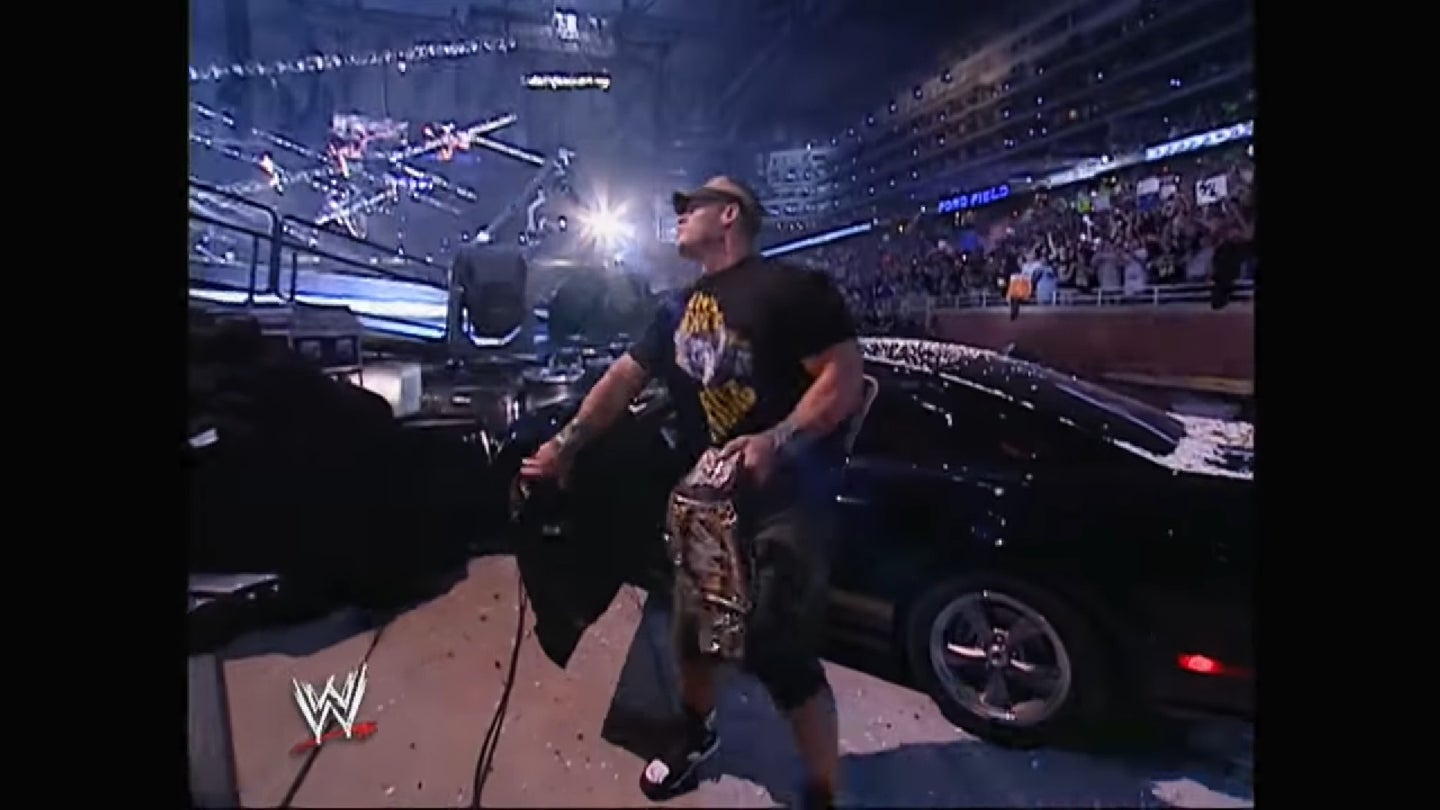 Today is April Fool's Day, which means a twee cascade of fake product announcements, obnoxious office "pranks," and the occasional death hoax. Arguably most notably, today is the 12th anniversary of one of the most pivotal moments in automotive and sports entertainment history.

On April 1, 2007, wrestling icon and reaction GIF god John Cena was on the card for Wrestlemania 23. A man of Cena's charisma and status, though, doesn't just show up to stuff in the back of some black Suburban like any ol' schmuck. The Doctor of Thuganomics made his entrance at Ford Field that night in the most Detroit way possible, hooning around in a Shelby GT-H Mustang before pulling up to the ring in a flurry of noise, shattered glass, and unfettered testosterone.

And it's not just us that recognizes this moment's significance. WWE themselves have listed it as the single greatest entrance in Wrestlemania history. It was also, at the time, the most expensive one anyone's ever done at $100,000.

Since that night, The Champ's relationship with Ford has been turbulent, to say the least. In late 2017, Ford sued the wrestler-cum-rapper-turned-actor after he resold his 2017 GT, breaking a written agreement that had owners of the supercar promise to not sell the car for the first two years. In June of last year, Cena settled the lawsuit with Ford for an undisclosed amount, an amount that the automaker donated to charity. According to the Robb Report, the supercar has since had two more owners and is currently looking for its fifth at a Houston exotic car dealer.