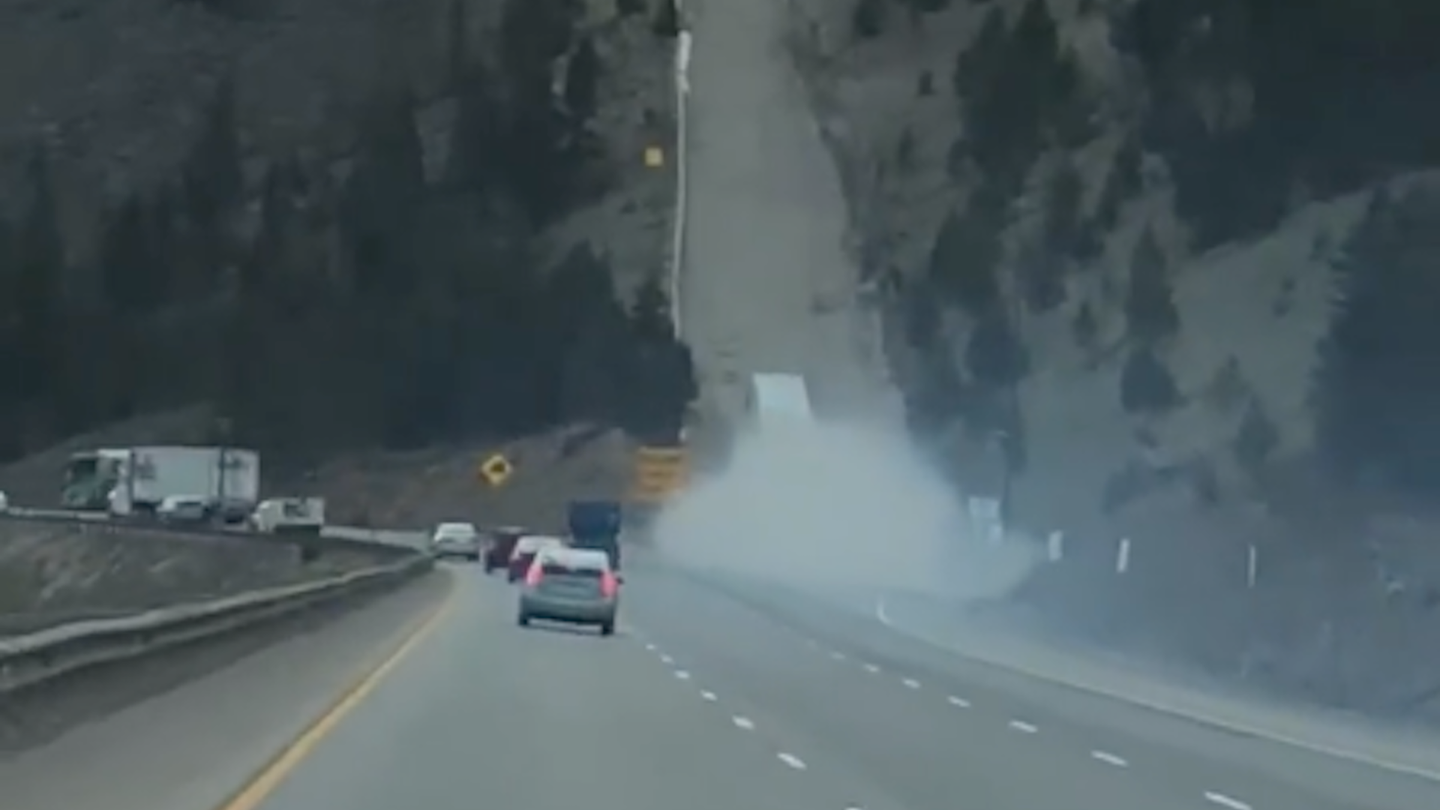 Anyone who has ever taken a road trip through a mountain range has seen these massive and somewhat alarming semi truck runaway ramps that sit at the bottom of steep hills. These emergency pull-outs are in place to help vehicles (normally 18-wheelers) come to a safe stop if something were to go wrong on their way down the hill. Well, something like that just happened in Colorado on Friday, and it was all caught on video.

Looking like an offramp to nowhere, these safe-places split off from highways and sometimes climb back up the sides of mountains to use gravity in their favor. The ramps themselves are often shallow beds filled with sand or gravel, or sometimes steel nets.

Most truckers lean on engine braking when driving downhill for long distances in order to avoid burning out their brakes, but sometimes Murphy's Law has its way, and the brakes fail. When that happens, the trucker's best solution is to take the runaway truck ramp and swallow the tow bill for getting their truck out. Fortunately for the residents of Colorado, the trucker featured on this video did just that.

The incident was recorded by Colorado resident Jesse Terrell, who quickly shared the footage to social media, where it has since gathered 2.3 million views and even the attention of local news affiliates.

Not every situation where brakes fail has a good ending like it did here, as recently a Texan trucker who wasn't competent enough to read highway signage that identified a runaway truck ramp blew down the slopes of a mountain and into a traffic jam, damaging at least 28 vehicles and killing four. His case remains under investigation, but given that he said he closed his eyes before impact rather than take evasive action, his odds don't look good.