It takes more than a chain and some elbow grease to pluck this classic car from an Oregon riverbed. 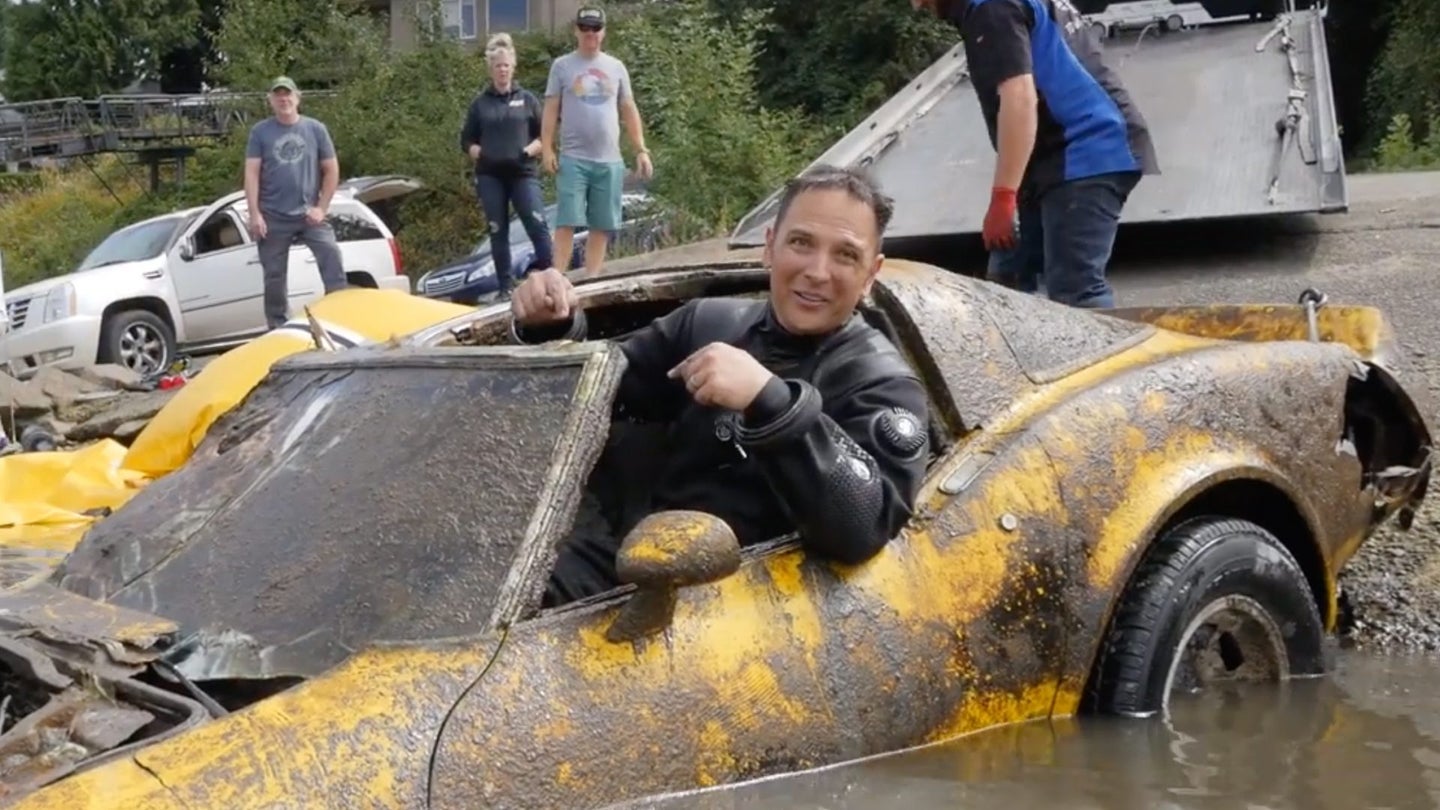 On a recent diving trip, professionals that run the YouTube channel Adventures with Purpose discovered several cars buried underwater in an Oregon river and documented their work to bring them ashore. One of the last to make it to the surface was a Chevrolet Corvette from the 1980s, still wearing most of its original bright yellow paint.

The car is rumored to have been stolen, but no one is sure if that actually happened, or if the car was just dumped into the river by the original owner, who supposedly left the country shortly afterward. Though the team in the video succeeded in pulling the ‘Vette from the river, they’re not the first to try recovering the car. The local sheriff’s department spent two days attempting to drag the Corvette from its resting spot with a tow truck, only to pull out the front axle when the car got stuck on an under water log.

Most of the video is just a lot of underwater sounds with murky visibility, but what they did to recover the car is actually quite clever. The divers used lift bags that fill with air on the rear of the car to hoist it up and over the log that foiled law enforcement. A tow truck was then used to pull the partially floating car to shore.

As neat as pulling a C3 Corvette from underwater sounds, it’s not the only car the team found stuck in the mud. There was also a VW Beetle, a Mercury Cougar, a Pontiac Grand Am GT, and in another video the team pulls out an old Jaguar. When the Grand Am finally reached shore, the team found a screwdriver in the ignition, meaning whoever dumped the car had been raiding their toolbox instead of using keys, or, more than likely, it was stolen.