This car pays tribute to Pontiac’s attempt to build its own version of Chevy’s El Camino in 1974. 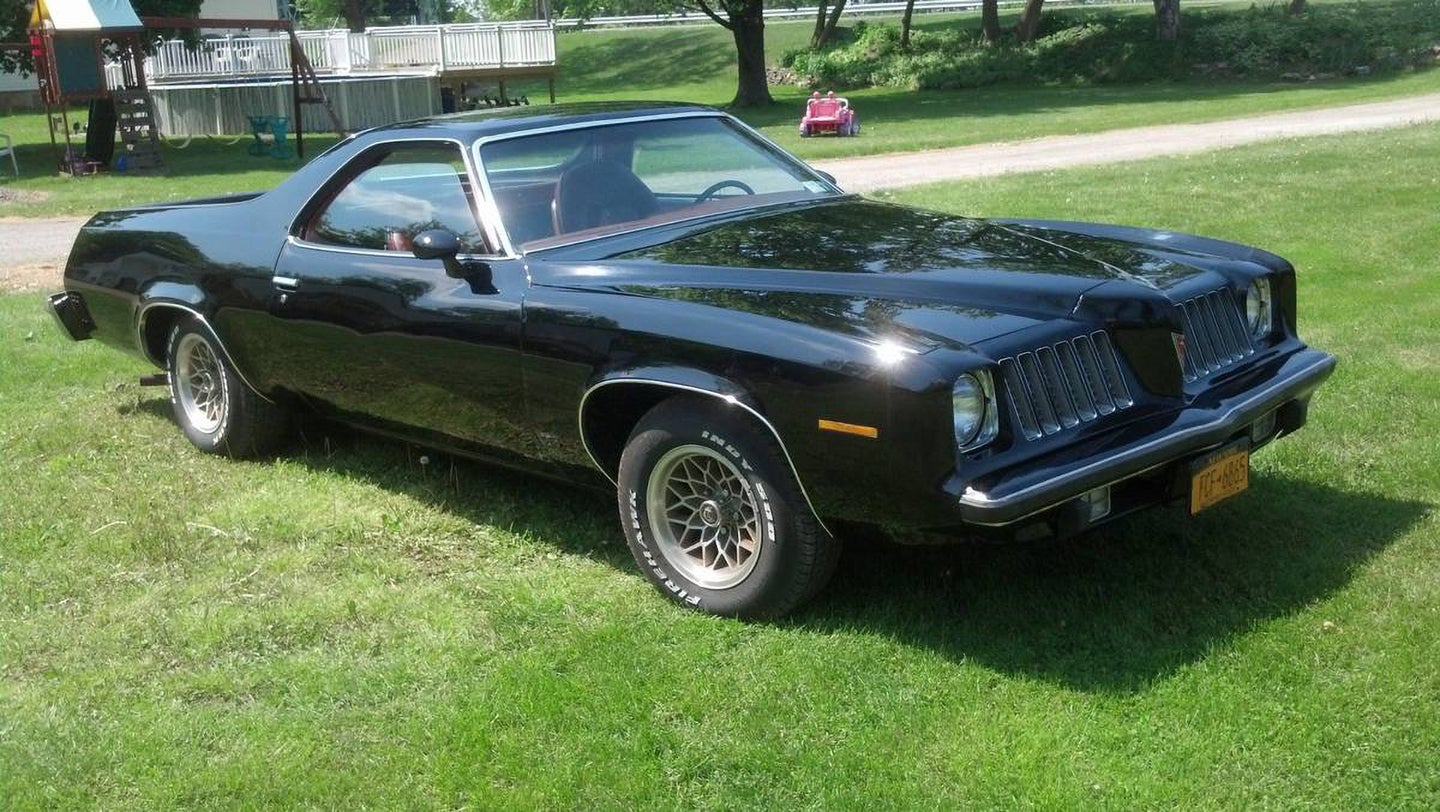 While General Motors had a reputation for “badge engineering” its automobiles quite significantly in the late 1970s and through the early 1980s, the widespread platform sharing meant that a lot of parts are completely interchangeable. Because of this, fans of GM cars are able to swap parts on different cars on ways that never were from the factory. Case in point, this latest 1974 Pontiac Grand Camino that recently popped up on Craigslist after being discovered by BarnFinds.

Anyone somewhat familiar with the General’s most iconic cars would note that Chevrolet was the only GM company who made a car-based pickup truck, or “ute” as the Aussies would call it, for the U.S. market. It was known as the El Camino, which was a direct response to Dearborn’s Ranchero beginning in 1959. But even though GM’s portfolio consisted of many brands, the El Camino was never “badgineered” into a Buick, Pontiac, or Oldsmobile model, save for the GMC Caballero and Sprint in the early ‘70s.

Hence, why this ’74 Pontiac Grand Camino is quite special. It basically started life as a fourth-generation 1977 El Camino from the Malaise Era following the heyday of muscle cars. Various bits of its exterior and interior were then swapped out with bits from a '74 Pontiac Grand Am, including the first Grand Am’s entire signature front end.

An easy transformation that is, mainly because both the ’77 El Camino and ’74 Grand Am utilized GM’s widespread A-Body rear-wheel-drive, body-on-frame platform. Just to give you an idea of how widely it was used, the platform also underpinned the Buick GS, Century, and Regal; the Chevrolet Chevelle, Malibu SS, and Monte Carlo; the Oldsmobile Cutlass and its multiple variants; the Pontiac Grand Prix, Can-Am, and the LeMans. So you can pretty much take any of those cars and switch out parts to make some interesting zombie makeups. As another example, someone mashed up a Buick Grand National with a 1980s El Camino.

But as a few historic pieces reveal, Pontiac reportedly attempted to make a few of its own versions of the El Camino with some prototypes based on the Catalina. But those never came to fruition and Pontiac ultimately canned the idea. Pontiac then tried again in 1974 with a prototype based off of the Grand Am that year. That too was shelved, but it was still known by the public.

So in essence, this Craigslist example pays tribute to that 1974 prototype that never made it into production. According to the listing, the interior is complete with some Pontiac bits and pieces. It looks thoughtfully done, but it was noted that there’s still some refurbishing that needs to be done.

Under the hood sits Pontiac’s legendary 400 cubic inch V8 that’s reportedly been rebuilt just 2,500 miles ago, mated to an automatic transmission. Information regarding its output or any mods isn’t available on the listing, but the seller is asking $15,500 for the car.

Still, this seems like the perfect project for the diehard Pontiac fan who hoped that their original idea of building a cousin to the El Camino would actually make it to showrooms, especially when you consider Pontiac has been defunct since 2010.