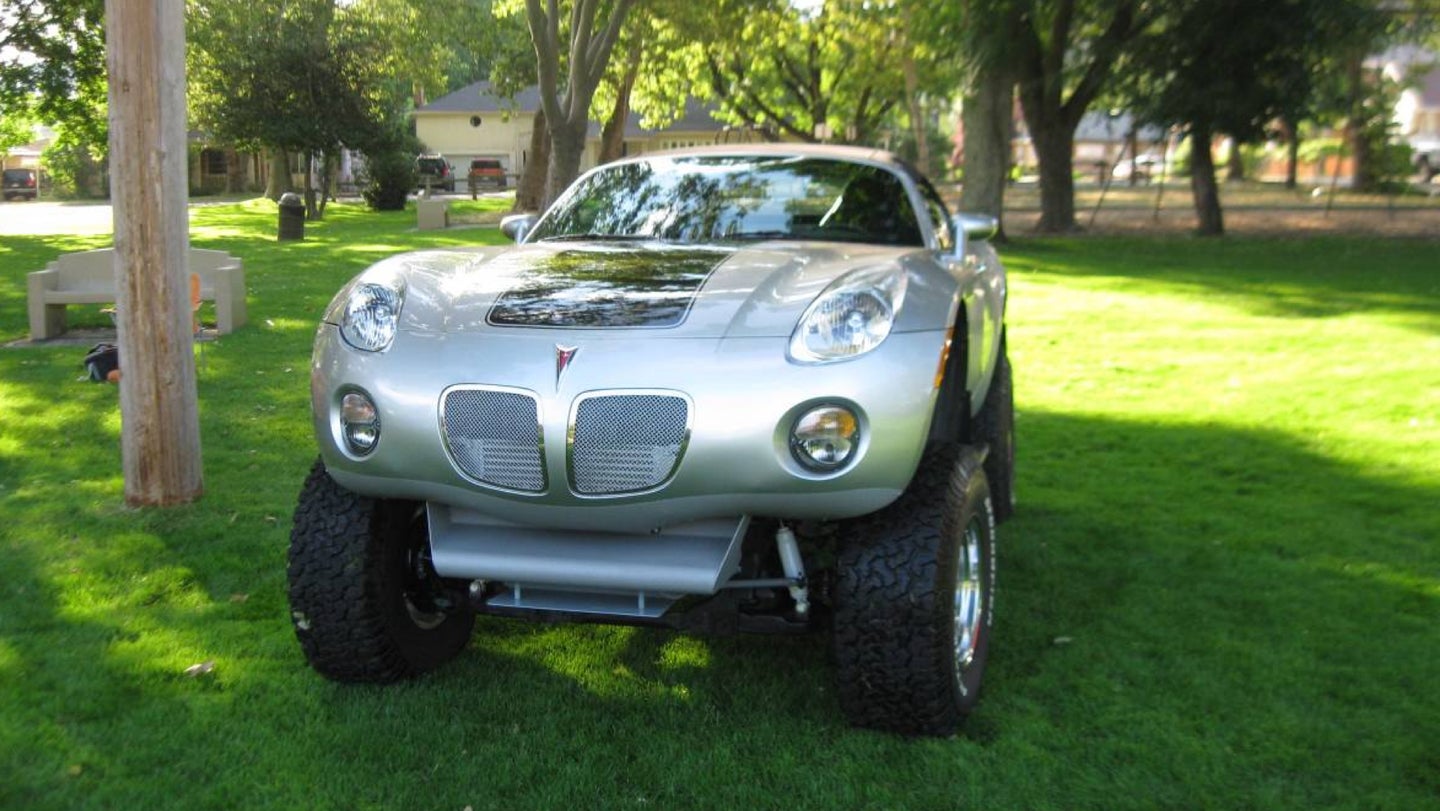 Internet, I have a confession to make: I am older than Craigslist. When Craigslist fired up in 1995 to give us everything from ran-when-parked Crustangs to "missed connections" from that guy who stared just a bit too long, I was well aware of that series of tubes' existence. Crawling from that primordial soup of misspelled text and "Camero" trade offers sometime in the early 2010s was the humorous car ad.

These car ads didn't just gun for "Best of Craigslist" status. They captivated the car sites and forums of the time, each going gaga over the next great joke ad. We all wanted to be the "Jesus Tap-Dancing Christ It's A Grand Am" guys in the early 2010s. I even sold a couch on Craigslist with a hyperbolic ad that listed its capacity both in butts and in Fisher-Price Puffalumps. The Funny Ad Effect™ was real.

Now that it's been the good part of a decade, I just groan when I see the lazy attempts to recreate the magic of the manliest teal Grand Am for sale online. Joke ads still show up on forums and in my inbox. Half the time, it's a poorly adapted copypasta from what I think was originally a Jeep ad that was written long ago, back in the halcyon pre-Facebook Marketplace years of Craigslist as a true car hoarder's paradise. Few even make the effort to do a Photoshop like the original viral car ad.

Worse yet, they've taken touting the manliness of these for-sale-or-trade machines to new try-hard lows. More of these guys just need to be upfront about the fact that his wife didn't like it, and he's too spineless to defend his own Project Car Hell-worthy decisions.

Quite frankly, most of these more recent shock-ads are just lazy. Take, for example, this true piece of Battle Car bait: a 2006 Pontiac Solstice lifted up on a 4x4 truck frame.

This car is simply beautiful. It's everything you really need in an apocalypse runabout, save for maybe solid headshot protection from wayward War Boys. You can always fab that later when we finally riot over widespread famine and destruction, and seize the materials from a nearby decimated industrial zone for yourself. For now, this is your opportunity to enjoy off-roading as it was meant to be: sans top, one with nature, with speckles of mud polka-dotting your smile.

Yet this is the meager joke-ad text for a car which needs little to no additional effort to make the daily "best ads" round-ups across the internet:

What you are probably thinking is, what in the drinking Natty light out of your sisters p*ssy in the back seat of your Earnhardt tribute Monte Carlo behind the trailer park dumpster kind of bullshit is this?  What we have here is a 2006 Pontiac Solstice on a custom fully functional 4X4 chassis with independent air bag suspension up on 33X12.50 BFG tires.  Comes with a turbo tuned ECM and turbo (not installed for CA emissions).  The only thing that drops faster then the convertible top are your moms panties when when she sees you drive by. Call Dan at [show contact info] with any questions.  No payments or trades.

Internet, I beg of you: It's time to stop. Even Tucker Max has grown out of his earlier material. I don't want you to pretend to be a low-rent Maddox in a race to the bottom for the most outrageous manly man gross-out jokes on Craigslist. I just want to know what truck was cannibalized to make this beautiful creation, or if you made it a new frame yourself.

Technical details! Photos! You know, those things that might actually convince me to buy a project car from Panties Guy on the internet. $24,500 is a lot to ask for someone else's build, and this ad's classist digs at Saint Dale (raise hell, praise No. 3 forever) don't convince me why this car's work is worth the high price. We didn't even get an interior shot that would let us know whether we can hose this sucker out after a quality day of muddin'.

I know I'm asking a lot from the website that comes up with new and inventive misspellings of "immaculate" (emaculent? immakulit? inmakewltt?) on the regular, but unless you have a new take on the joke ad, it's time to move on to other ways to seek internet fame.

However, please do continue lifting cars that were never meant to be lifted. That trend is still straight fire yeet or whatever it is that you kids are saying now. Get off my lawn so I have space to 4BT-swap a 924!

The Complex Meaning of Craigslist Ads

A look at the intersection of commerce, hopelessness and car fandom.