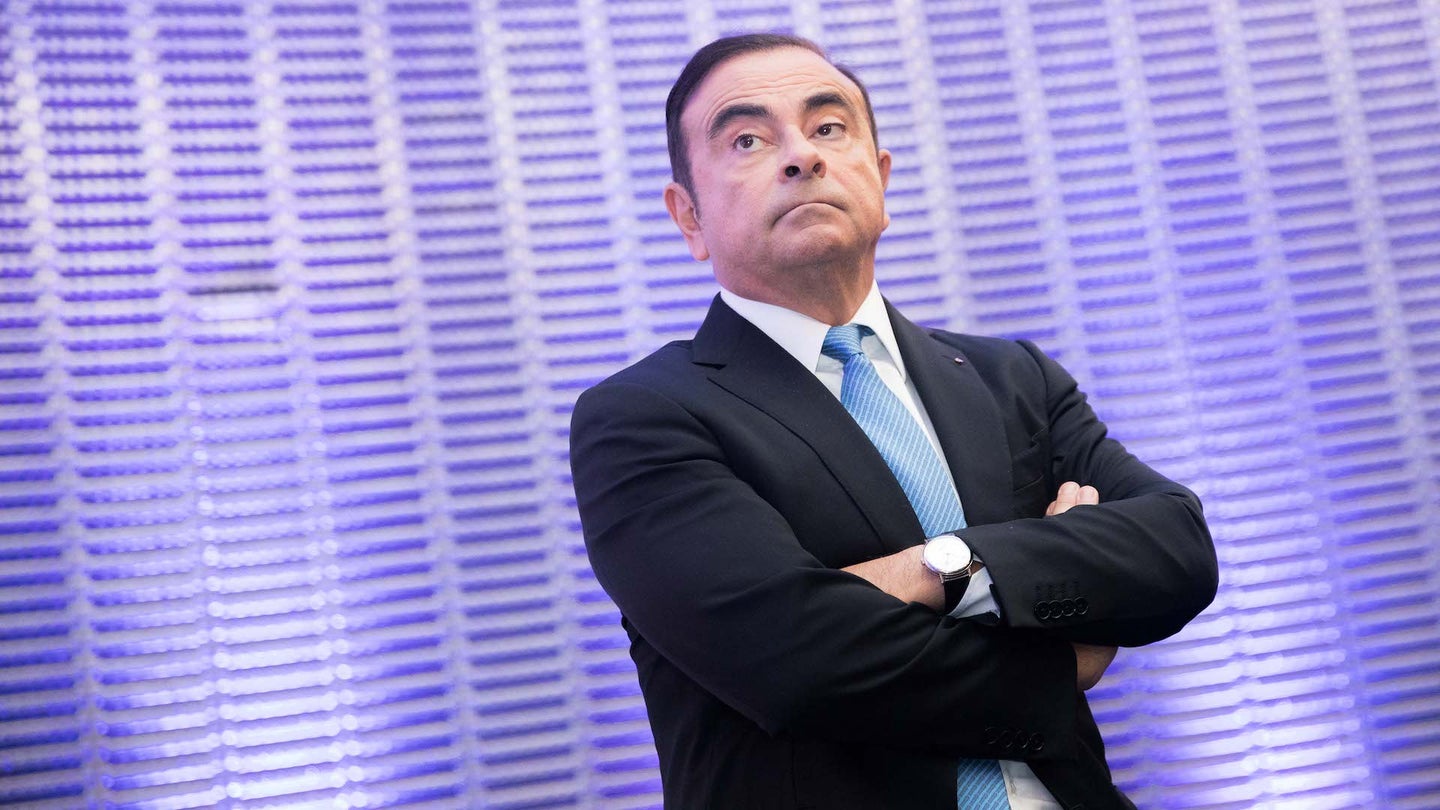 Nissan is readying to set in place actions which would remove its long-time chairman Carlos Ghosn, the automaker confirmed Monday morning. Nissan claims it has uncovered what they are deeming to be "significant acts of misconduct" by Ghosn and Representative Director, American Greg Kelly.

The chairman was arrested in Tokyo on Monday by Japanese prosecutors for violating Japan's Financial Instruments and Exchange Act by under-reporting his compensation. Nissan goes on to say that Ghosn has been found to be suspect of "numerous" acts of other misconducts, including utilizing company funds and assets for personal use. The automaker also reports that it has been cooperating fully with Japanese investigators throughout the investigation.

According to a statement released by the automaker, Nissan is also setting out to remove Kelly, Nissan's Representative Director, who is said to have "deep involvement" with the scheme. The pair had been under investigation by Nissan for several months after receiving a whistleblower report which claimed Ghosn's misconduct had spanned over the course of several years. It is unknown if the two were collaborators or if the two incidents occurred unbeknownst to each other.

"The investigation showed that over many years both Ghosn and Kelly have been reporting compensation amounts in the Tokyo Stock Exchange securities report that were less than the actual amount, in order to reduce the disclosed amount of Carlos Ghosn's compensation," Nissan wrote in a statement regarding the investigation, "Also, in regards to Ghosn, numerous other significant acts of misconduct have been uncovered, such as personal use of company assets, and Kelly's deep involvement has also been confirmed."

Ghosn's unusually high pay rate had often made him the target of criticism in the Japanese business world, though it had often been excused due to the chairman's role in saving Nissan from bankruptcy after becoming the automaker's president in 2000. While running Nissan, Ghosn became CEO of Renault in 2005 and AvtoVaz in 2012, serving all three companies in the Nissan-Renault chain simultaneously.

In 2017, Ghosn revealed that he would be stepping down as president of Nissan and focusing on the company's alliance with Renault and Mitsubishi. Specifically, the chairman would be looking to revive the once-bountiful Mitsubishi by pushing his notoriously heavy cost-cutting measures onto the company. Earlier this year, Mitsubishi posted substantially increased profits since Ghosn's influence began, moving from a $1.87 billion net loss in its 2016 fiscal year to a $924.5 million profit for its 2017. It is unknown of the effects that the dismissal of Ghosn will have on the Nissan-Renault partnership, nor if it will impact Mitsubishi's future.

At the time of writing, Ghosn is still employed with Nissan, though the automaker's CEO, Hiroto Saikawa, is reportedly preparing a proposal to Nissan's Board of Directors to remove both Ghosn and Kelly from their respective positions within the company. Renault shares have fallen 14 percent in Paris