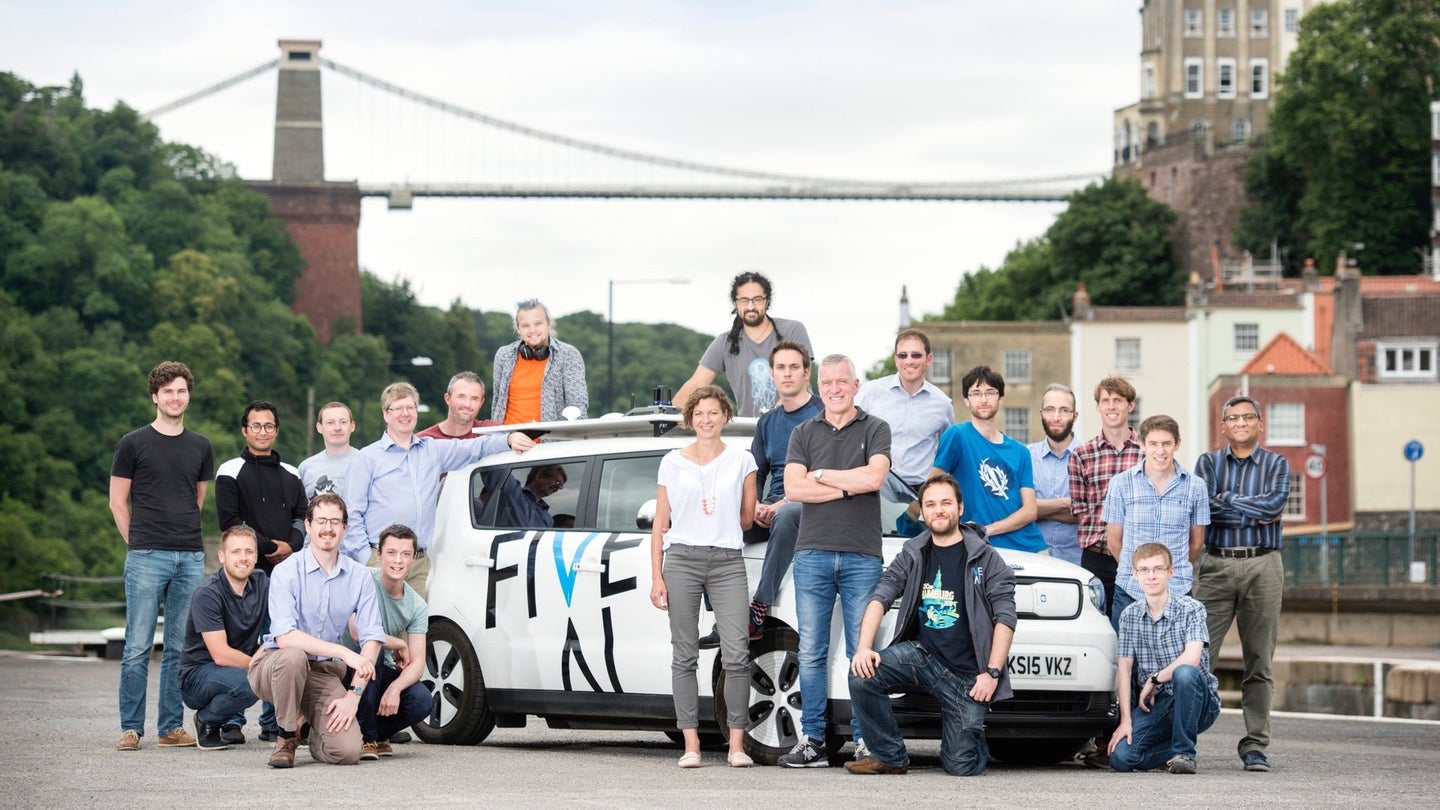 While some companies are developing self-driving cars, others are developing autonomous taxi services to utilize them. The latest is U.K.-based startup FiveAI, which just raised $35 million, according to TechCrunch.

FiveAI has a two-part plan to develop both an autonomous-driving system and a software platform that will allow self-driving cars to be used in a taxi service intended to rival Uber. Helping it achieve that goal will be $18 million in private Series A funding, plus $17 million in government grants.

The government money will fund StreetWise, a project FiveAI is working on in concert with Transport for London, Oxford University, and other groups. The goal of StreetWise is to develop an autonomous-driving pilot program in London, to see if the technology can cut traffic congestion and free up parking spaces. The first test runs are expected at the end of 2019.

FiveAI is currently in "Phase One" of its business plan, CEO Stan Boland said in an interview with TechCrunch. That's the development of the necessary systems to allow cars to drive themselves. "Phase Two" will involve development of a dispatching system and user interface for FiveAI's taxi service, with a possible small-scale commercial launch by 2021. From there, "Phase Three" will involve scaling up, including buying a large fleet of cars.

Multiple startups are already developing autonomous taxi services; Boston-based NuTonomy, for example, is already running a pilot program in Singapore. More established companies like Delphi and Russian tech giant Yandex are also diving into the field. Uber and Lyft hope to adapt their ride-sharing platforms to self-driving cars. So where does that leave FiveAI?

Poland told TechCrunch that his company will be focused specifically on the European market. Differences in the layout of European cities and driving patterns make a Euro-centric company worthwhile, he claims. But that doesn't mean other companies won't also try to crack the European market and give FiveAI stiff competition.