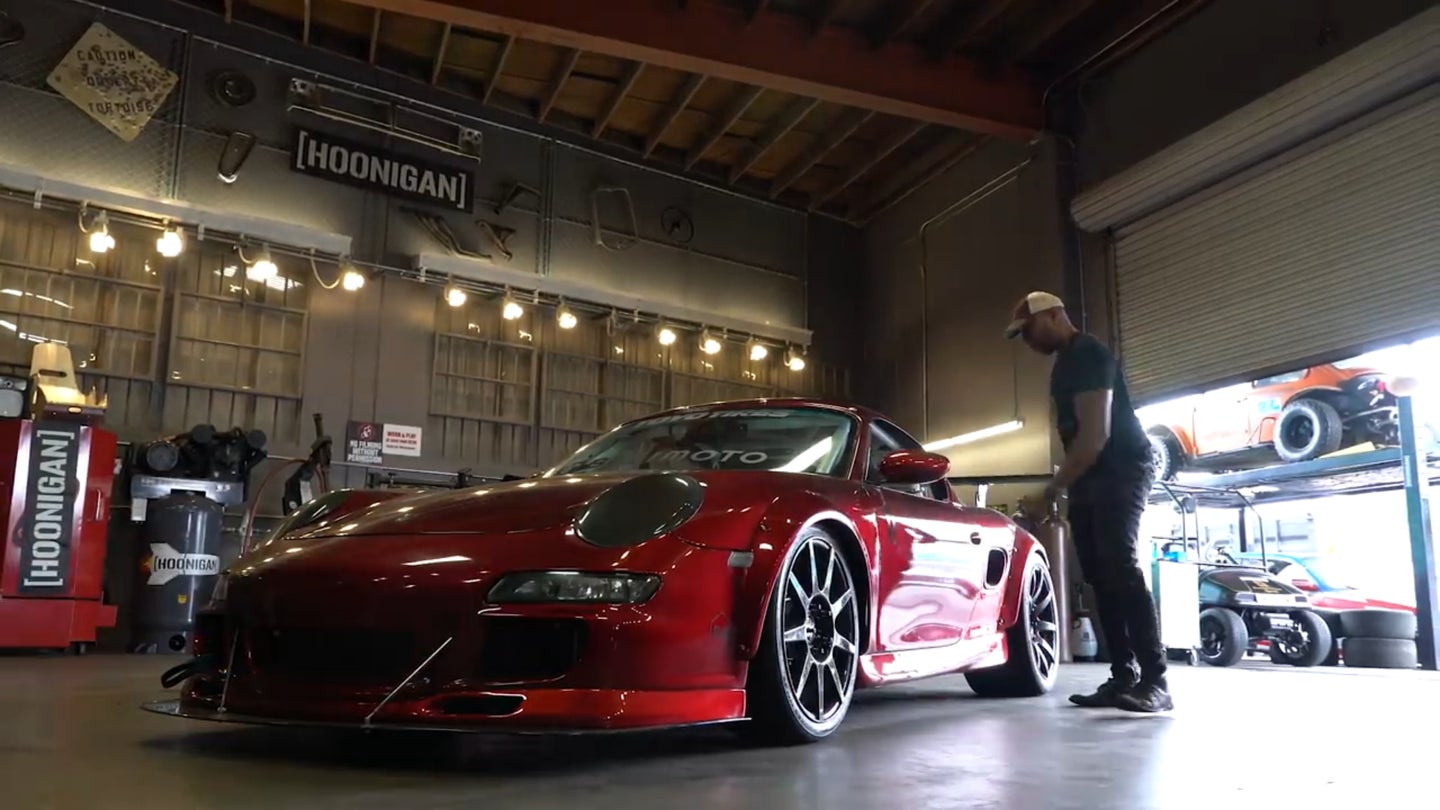 In the most recent episode of Hoonigan's series Build Biology, Bisi Ezerioha brought something new. He brought a custom 2000 Porsche Boxster 986. Ezerioha's Porsche build is a one-off special and perhaps the most noticeable thing about it is its center seat configuration.

During that episode, Ezerioha the owner of Bisimoto Engineering was featured along with his duo of 1000-hp cars. He talked about both vehicles and let /DRIVE on NBC Sports host Matt Farah have a go in both vehicles in the California canyons.

Here, Ezerioha shows Hoonigan Vinny Anatra every nook and cranny of the exterior and interior of the car. For the build Ezerioha went for significant weight savings, for example, the car features Carbon Revolution carbon fiber wheels that weight less than 20 pounds in the 19-inch wheel on the car.

Another unique item in the car is on the steering wheel there is a "TO PASS" button, much like that in an IndyCar or Formula 1 car. Ezerioha compares it to a Formula 1 Kers system except it does not need replenishing. In the case of his build the button increases the boost creating a real life "NOS button effect." On the other side of the steering wheel is a "LINE LOCK" button for—you guessed it, burnouts.

Watching the video you see it is a work of art but the best thing is that Ezerioha actually tracks the car.