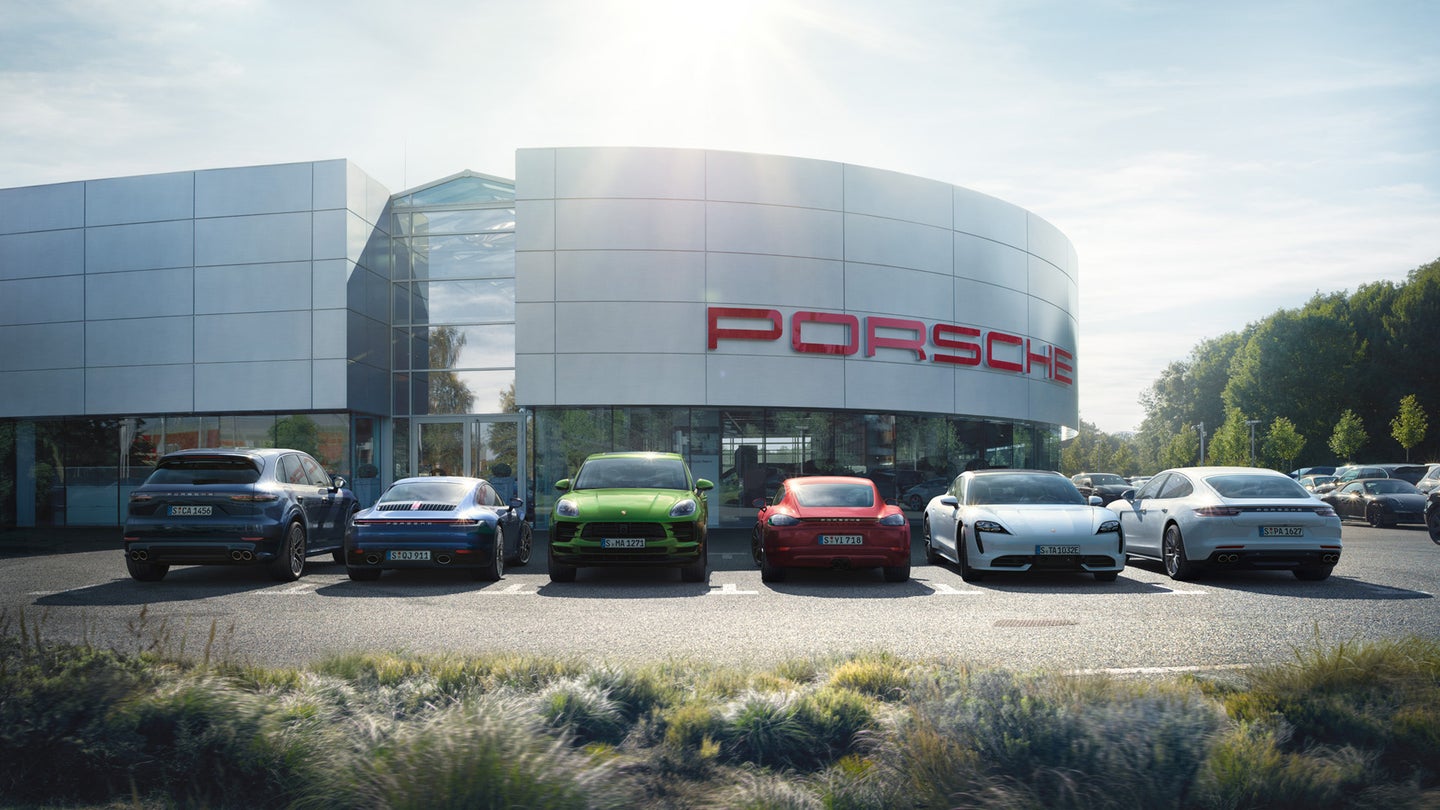 Good morning and welcome back to Speed Lines, The Drive's morning roundup of the news that matters in transportation. We have so much news to cover today—none of it good—that it's hard to know where to even start, but let's see what we can do.

Since about 2018 or so, the auto industry and its observers have known that a new car sales downturn was on the horizon. It was inevitable after years of pent-up demand following the Great Recession, and it was already underway in China. But no one could've predicted we were headed for a "Death Stranding minus the time-rain and the giant monsters" scenario.

Yet that's where we find ourselves as we close out Q1 of 2020. While some automakers still post monthly new car sales figures, many others have switched to quarterly reporting, often to minimize investor freakout as demand either plateaued or slowed down. Any way you want to look at it, however, this is going to be a brutal year for every part of the economy—including and especially new car sales.

Porsche announced today that Q1 sales were down 20.2 percent year-over-year, " after a record 2019 that marked a decade of sustained growth." Every single model Porsche sells declined by double-digit figures that went as high as 39.8 percent for the 718 models. If you're the kind of person with the money and job security to buy a brand-new Porsche right now, congrats! Good for you! Hold off on the selfies from your yacht while the rest of us are dying.

Automotive News also reports that Hyundai posted a 40 percent sales drop in March alone, while Fiat Chrysler is down 10 percent for the total first quarter. (Obviously, if you broke FCA's sales into monthly ones, that figure would be a lot worse for this past month.) From the story:

Fiat Chrysler Automobiles reported a 10 percent decline in first-quarter sales as a virus-impacted March more than offset gains in January and February.

March deliveries at Hyundai totaled 35,118, with retail demand falling 39 percent and fleet volume dropping 54 percent, Hyundai said, even as the brand quickly rolled out a promotion that included no-interest loans and deferred payments for four months on select models.

In the first two months of the year, Hyundai's U.S. deliveries rose 11 percent, but volume dropped 11 percent in the first quarter on the sharply weaker March results.

"The entire world is facing a tremendous challenge that is having a significant impact on business and our normal way of life,” Randy Parker, head of sales for Hyundai Motor America, said in a statement. “Tough days are ahead but we’re doing all we can to position the company to survive this and return to the growth trajectory we’ve been on.”

None of this is surprising, of course. Unemployment is skyrocketing, still-employed people are nervous about their jobs and much of the country has been ordered not to go outside at all. And dealers in many areas have been ordered to shut down or scale back safety operations as part of efforts to keep the virus in check.

Expect more sales data to arrive in the coming days. And don't expect any of it to be good.

It's Not Just Automakers With Dealerships, Either

But even having a direct sales model like Tesla can't stave off what's happening. Usually, Tesla does a huge end-of-quarter new car delivery push, often enlisting workers from other areas of the company and even volunteers and fans to make it happen. This was especially important with the debut of the Model Y crossover, arguably Tesla's most important car ever.

But its release, and the deliveries of other Tesla cars, is feeling the heat here too.

Tesla Inc. tends to pull out all the stops at the end of each quarter, with Chief Executive Officer Elon Musk often rallying the troops to deliver as many vehicles as possible to customers.

This approach probably didn’t work well for Tesla in March, with shelter-in-place orders and distancing guidelines around the globe limiting how many vehicles the company could hand over. While Musk tried to salvage the quarter by introducing a “touchless” delivery option in select locations, the coronavirus pandemic is expected to have done a number on demand for all automakers.

Analysts on average estimate Tesla delivered roughly 78,100 cars worldwide last quarter -- the first to include hand-overs of the new Model Y crossover. While that would be a jump from a disappointing result a year ago, it also would mark a more than 30% drop from the record deliveries Tesla reported for the last three months of 2019.

While Tesla's valuation is—or was—higher than rivals like GM and Ford put together, it still tends to be more volatile in nature than its more established competitors. We'll see if the relative newcomer can weather its crisis better than the legacy companies.

But Automakers Are Going To War Against The Virus

If you can't sell cars or even build them, you may as well make ventilators and surgical masks. That's what Ford, General Motors, Tesla and more are doing in North America alone. Expect more automakers to follow suit soon.

Here's a fascinating story in the Detroit Free Press about how GM turned its shuttered Warren Transmission plant into a face mask plant with an urgency that's nothing short of heroic:

GM shuttered it when it announced plans in November 2018 to restructure the company by cutting some 4,000 salaried jobs and idling four U.S. plants, Warren being one of them. But the plant hummed back to life again at 3 p.m. on March 20 when GM brought in an initial core team to figure out how to turn a former transmission plant into a medical face mask facility.

More than 30 engineers, designers, buyers and members of GM's manufacturing team helped develop the product and find the machinery and materials, such as metal nose pieces, elastic straps and blown, nonwoven fabric filter material, to make the masks. They also laid out a plan for the production process, Doran said.

Then they went to work "around the clock," said Peter Thom, GM's vice president of Global Manufacturing Engineering.

“Because we wanted to move fast, the team set an incredibly aggressive goal: To have the production line up and running tests within a week,” Thom said.

How Airlines Are Trying to Boost Efficiency and Cut Emissions (Wired)

Rivian Wants To Bring Electric Trucks To The Masses (Wired)

Were you going to buy a new car before this happened? Is that on hold for now, or are you still doing it?