Andy Warhol was commissioned by Mercedes-Benz shortly before his death for an offbeat series of car art.

Andy Warhol was one of the most influential artists of the 20th century until his unexpected and sudden death after routine surgery in 1987. While he was a prodigious artist throughout his career, he left a few uncompleted series behind, one of which was a collection of commissions for Mercedes-Benz. Now, for the first time in the United States, the collection is on display beginning July 23 at the Petersen Museum in Los Angeles.

Warhol was no stranger to the crossover of automotive culture and art in his lifetime. One of his most famous works (at least, for many car enthusiasts) was the 1979 BMW M1 he painted—not as a print but rather the car itself was his canvas. He was commissioned in 1986 by a German art dealer for yet another automotive art project with the Mercedes-Benz 300SL Gullwing as a subject, rendered in his famous vividly colored silkscreening technique. The initial intent was to commemorate the 100th anniversary of the Mercedes-Benz Patent Motorwagen that ushered in the modern automotive age.

Mercedes-Benz, which has commissioned and curated a massive art collection since 1977, saw the Gullwing pieces as inspirational. The company commissioned Warhol to create a series of 100 pieces for its in-house collection, all centered on important milestone cars the company had built over the past century. Warhol was only able to complete 49 pieces before his death in 1987 (13 drawings and 36 silkscreen prints), and viewings of the entire collection simultaneously are exceedingly rare; only twice has the entire collection of 49 artworks been on display.

Much of his Mercedes art is stylistically reminiscent of Warhol’s more famed pieces, such as his Marilyn Monroe print series he screenprinted in the ‘60s. Repetitions in shocking primary colors were a favorite theme of his; on the topic of his Monroe pieces, he said: “The more you look at the same exact thing, the more the meaning goes away, and the better and emptier you feel." To keep things from getting a bit too empty, however, the Petersen will also have Warhol’s personal Rolls-Royce on display to accompany the collection, if real cars help you fight the ennui. 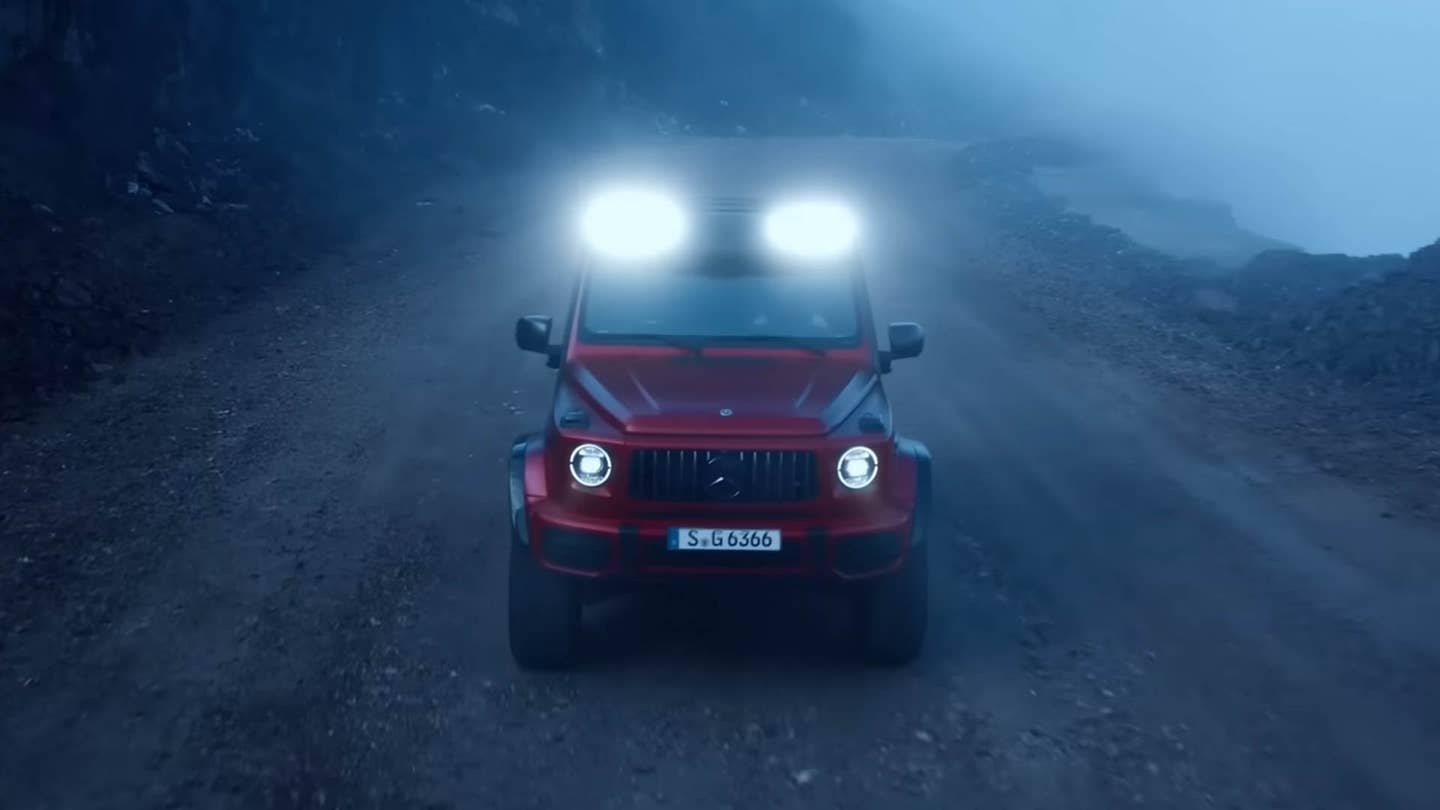 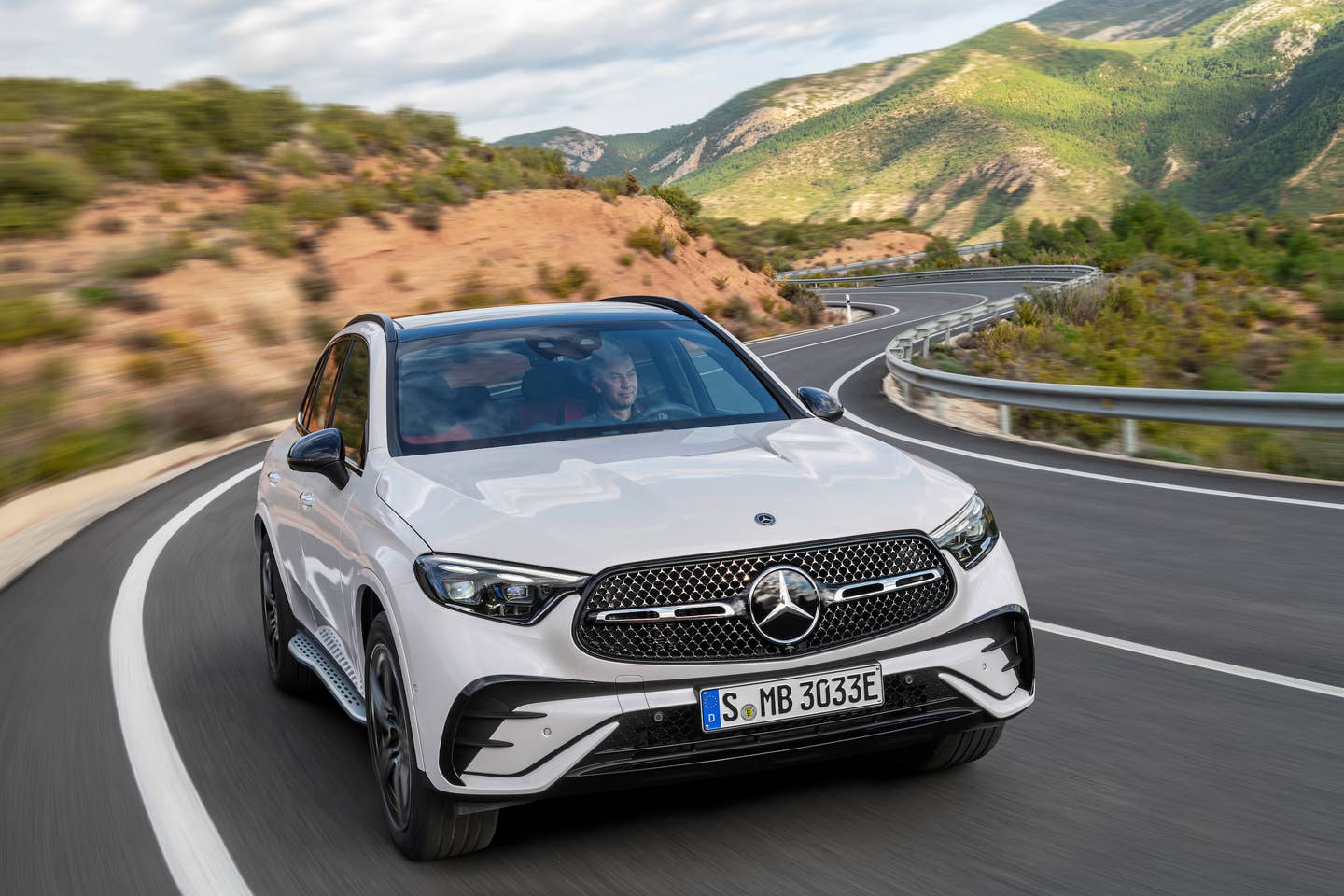 The new 2023 Mercedes-Benz GLC300 packs a bevy of screens inside and an updated powertrain aimed at efficiency. 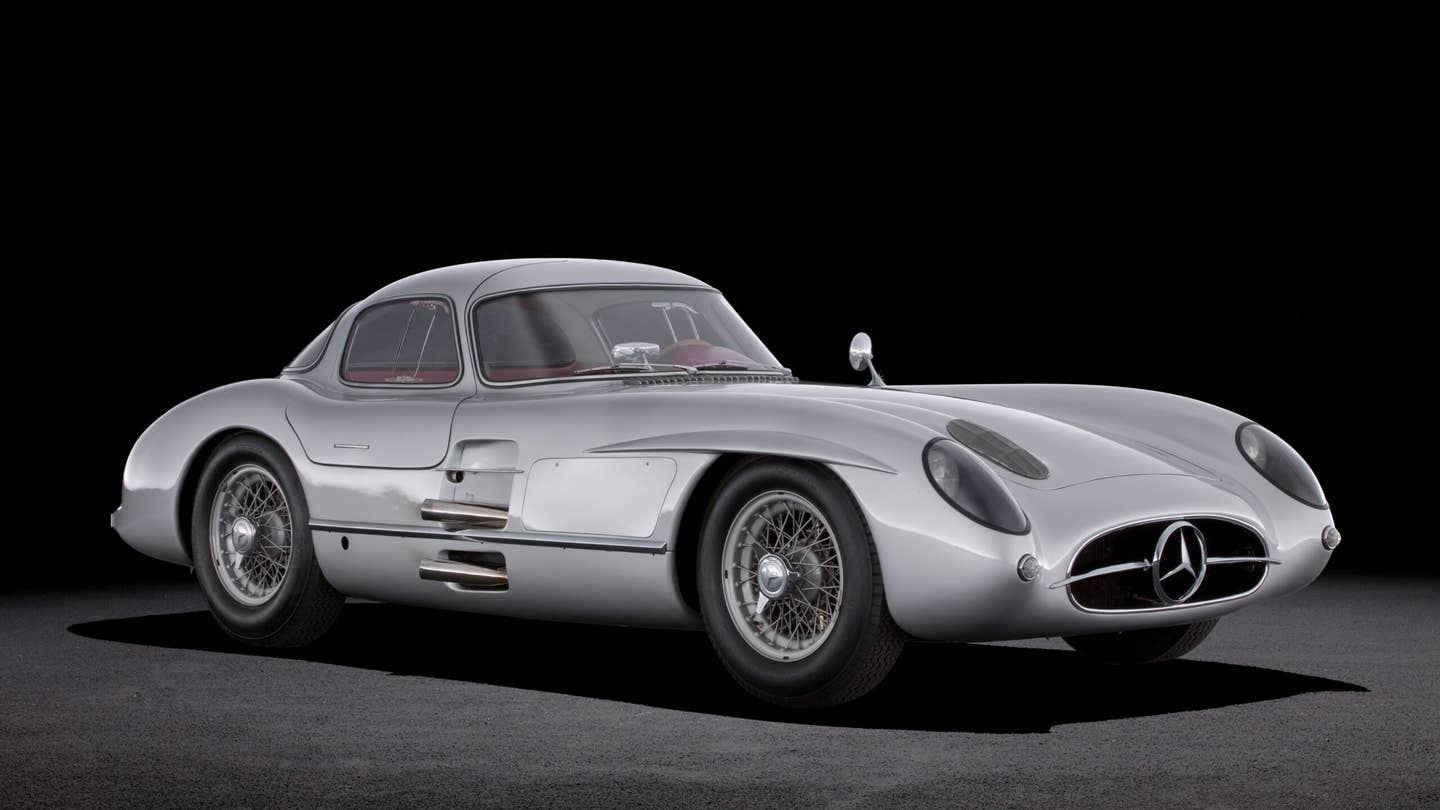 $142M Mercedes-Benz Is Officially the Most Expensive Car Sale Ever

The coupe’s tragic back story could have an inspired future after its sale.