Apparently, no one noticed him driving the stolen loader 13 miles to the plant. 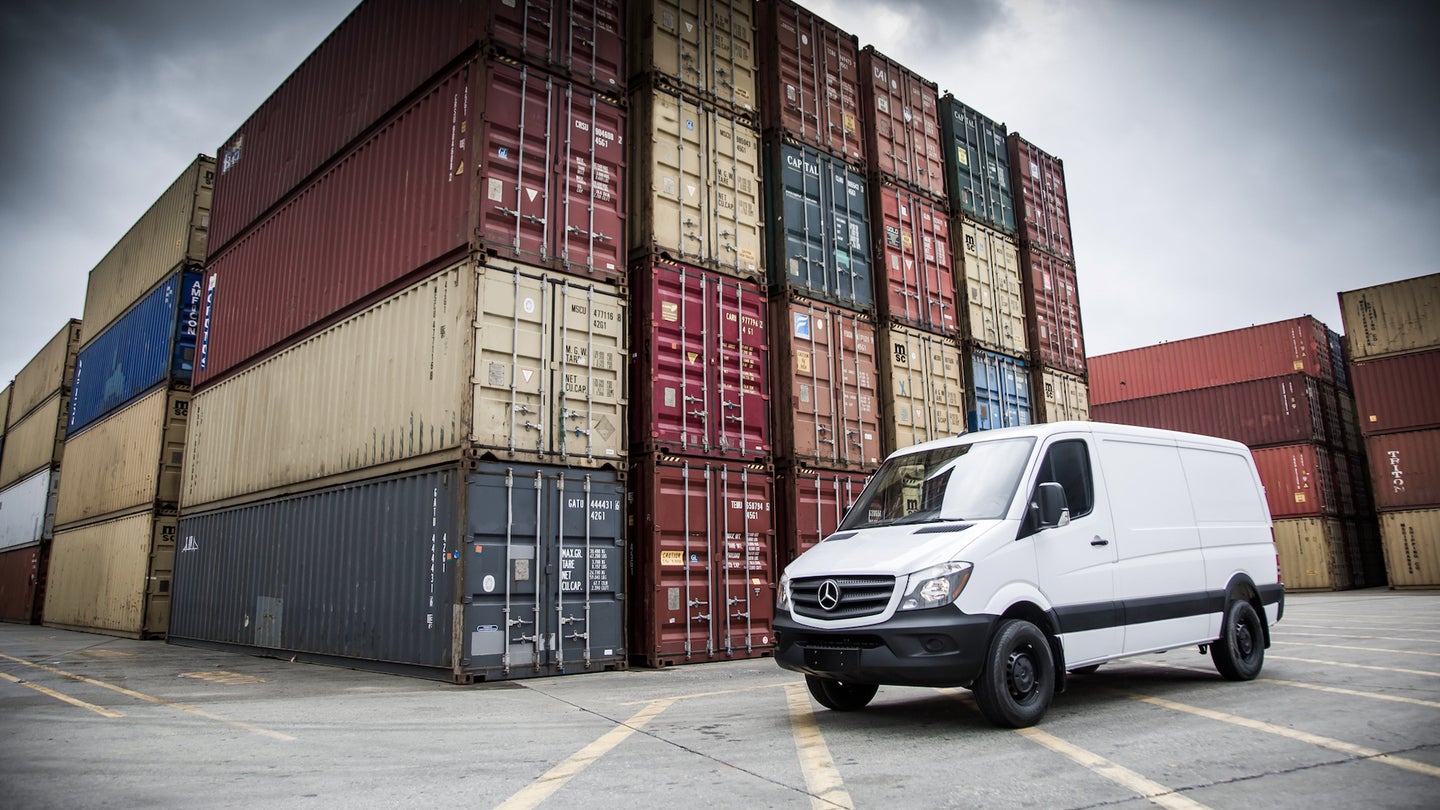 A disgruntled former employee of a Mercedes-Benz plant in Vitoria, Spain reportedly stole a Caterpillar front-end loader from a construction site, drove it 13 miles to the plant at one o'clock in the morning, and rammed through the gate. He destroyed as many as 69 vehicles, with local police and newspapers reporting contradicting figures, though most were new Mercedes vans. According to various international outlets, a guard had to fire a warning shot before taking him into custody.

Periodismo Del Motor, a Spanish outlet, reports that the 38-year-old man—possibly over-celebrating the new year Thursday evening—worked for the plant briefly several years ago. It seems as if he didn't end his tenure on good terms, and he chose to repay them by causing an initially estimated $6 million in damage.

A police report said, "During the journey between the two sites, he caused other damage,” apparently in part to other Mercedes products. “Police arrived at the scene of the damage to find the man at the wheel of the [Caterpillar] smashing into the parked vehicles. He was held on suspicion of causing criminal damage."

Police claim he was trying to get inside the assembly line area, where he could have caused far more damage. Luckily, the only employees at the plant were part of the maintenance and security teams, and production wasn't underway. Still, had he broken into the plant itself, he could've wreaked even more havoc to completed Mercedes-Benz V-Class vans.

The incident is still being investigated by police.

Update: Jan. 3, 2020, at 3:38 p.m.: This story has been updated to include more information from international outlets.