Almost 43,000 Smart Cars Recalled by Mercedes-Benz in the U.S.

So far, 27 cases of engine fires in the cars and one injury have been reported. 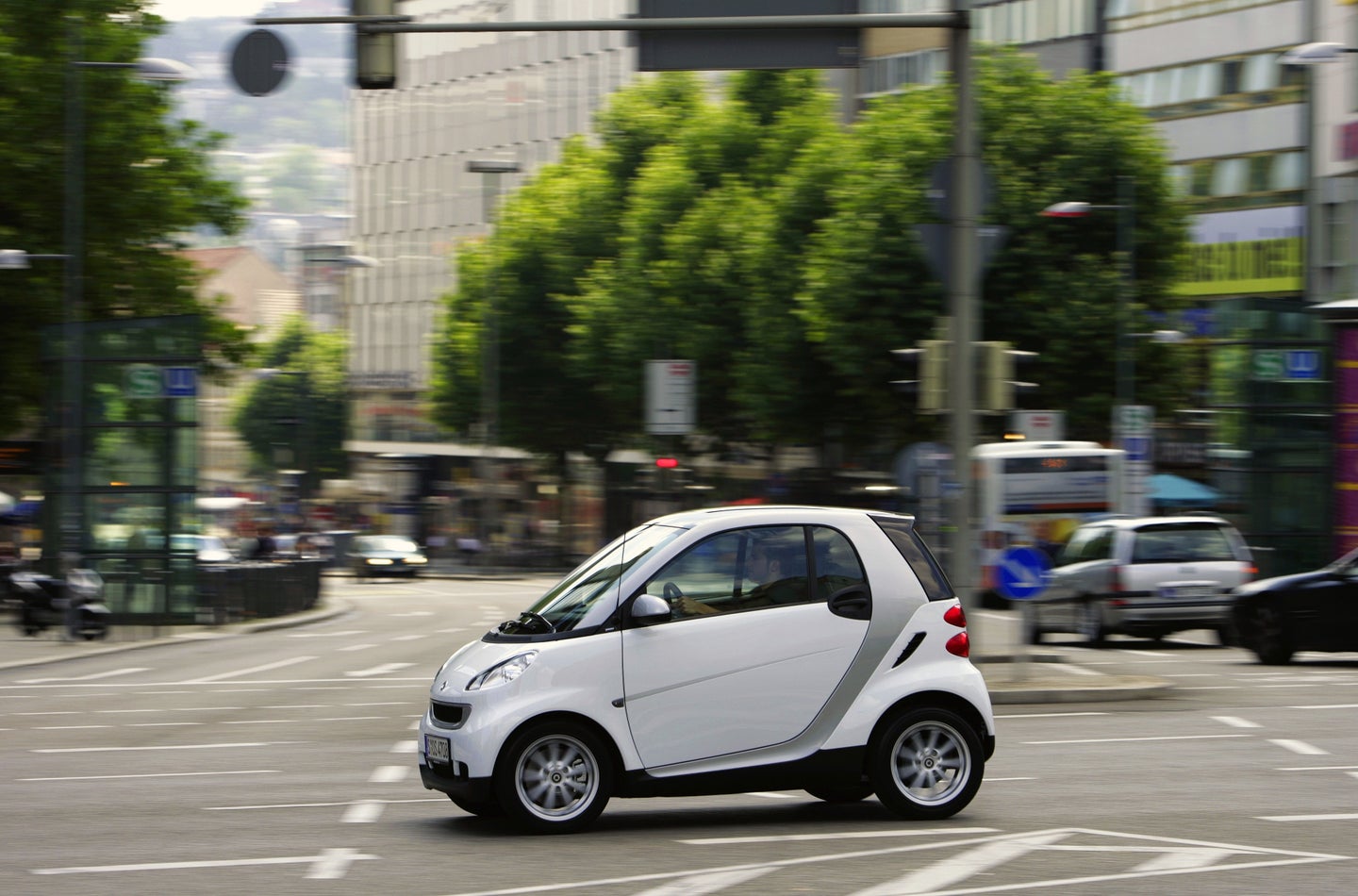 German luxury automobile manufacturer Mercedes-Benz is recalling almost 43,000 Smart cars in the U.S. market, because of a potential risk of fire in the engine compartment.

The recall covers 42,781 Smart ForTwo cabrio and coupe cars for the model years 2008 and 2009. It involves the engine, engine cooling and exhaust systems, and the quality of insulation mat used.

According to National Highway Traffic Safety Administration (NHTSA) recall information, "The rear insulation mat in the engine compartment may deform, deteriorate, and loosen over time, allowing the mat to contact hot exhaust system components.” The consequence of ignoring the issue can lead to total-loss damage. “If the mat contacts hot exhaust system components, it can increase the risk of a fire.” It also states: "This recall was the subject of an engineering analysis, EA17-003, conducted by the Office of Defects Investigation."

As a remedy, “MBUSA will notify owners, and dealers will replace the rear insulation mat with an improved one, free of charge. The recall is expected to begin in July 2018.”

During this rectification period, Mercedes-Benz will not be able to sell, import, or deliver the vehicles or the defective item until the concerned equipment has been remedied according to the manufacturer's instructions.

As many as 27 cases of engine fires in the cars and one injury have been reported, but it is not clear whether Mercedes-Benz would compensate affected owners whose insurance didn’t cover the loss.

The recall also affects Smart owners up north in Canada. Transport Canada has posted notice of the recall on its website, which states that 7,028 Smart cars have been affected in the country.

The smart vision EQ fortwo
The Drive
MORE TO READ