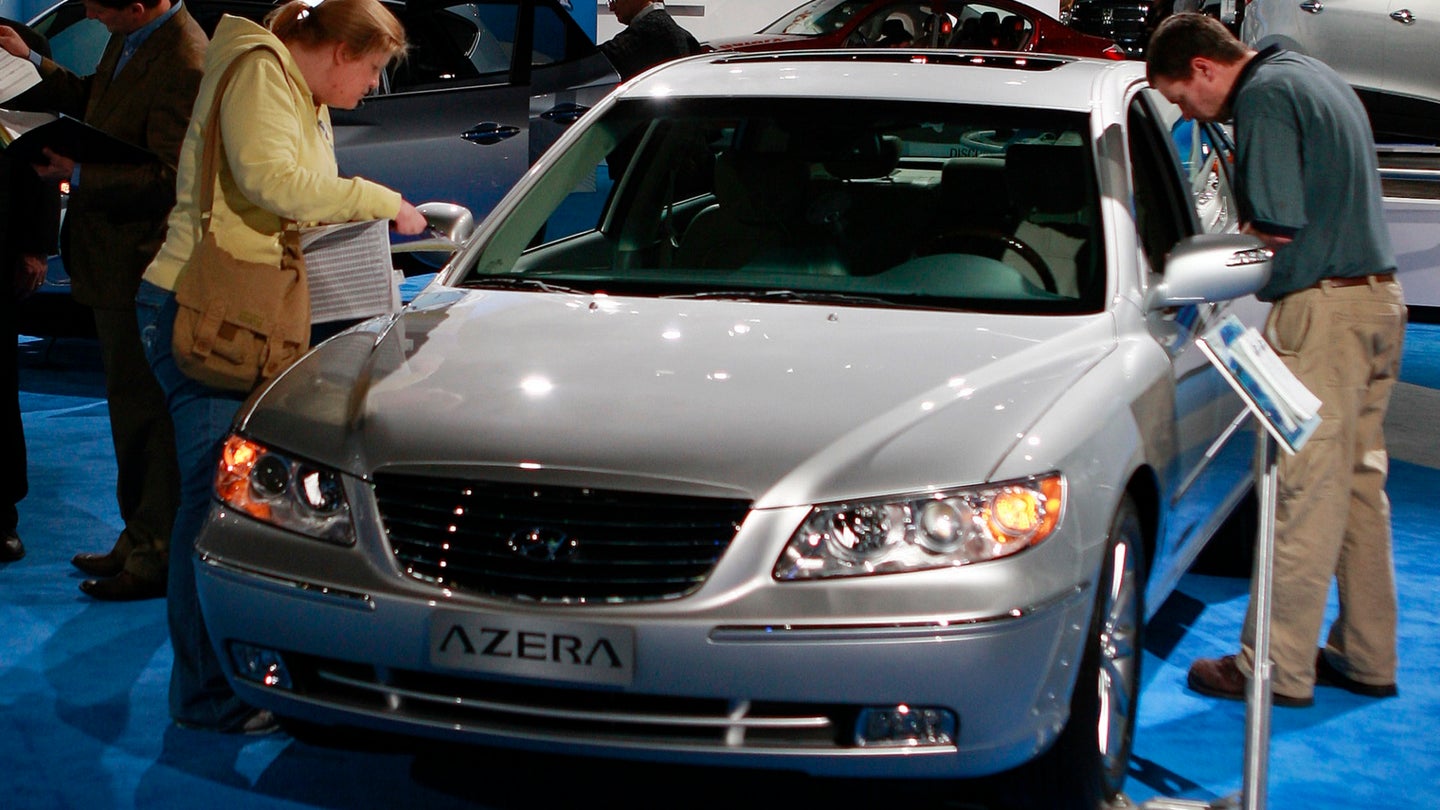 Hyundai announced a recall Wednesday on 88,000 older cars due to a problem in the anti-lock braking system wiring that could cause it to catch on fire, the Associated Press reports.

The recall covers some 2006 Sonatas and all 2006 through 2011 Azeras. Water can leak into the ABS control modules, which are always powered whether the car is on or not. This can cause a short circuit that could result in an engine compartment fire.

The repair, which will begin Feb. 23, involves installing a relay that will switch off power to the ABS module when the ignition is off. Hyundai's Michael Stewart, senior group manager, corporate and marketing public relations, told The Drive, "This recall is a precautionary remedy to address a potential concern in vehicles under very rare and specific conditions. Those conditions are the combination of moisture intrusion into the ABS module electrical circuit (typically from under-hood high-pressure engine washing), an electrical short circuit due to the moisture intrusion and continuous power supplied to the ABS module while the vehicle is stored for an extended period of time with the key-off (approximately 1 or 2 weeks). There is not a concern for the electrical short circuit along with a high temperature while the engines are operational. The electrical short circuit and high-temperature potential are specific to key-off and long-term vehicle storage (approximately 1 or 2 weeks)."

This is a perfectly reasonable explanation as to why the recall only addresses the issue while the ignition is off. When it is on, or when the car is driven regularly, there is no time for water to collect inside the ABS module between trips, plus the heat of the engine will cause water to evaporate quickly.

Although this could be a serious issue, it is, fortunately, a pretty rare one. The AP reports that documents show one overheated ABS module in South Korea and one fire in the U.S., but no injuries. Still, it will be a good idea to get your affected Hyundai repaired as soon as possible.

Maserati Recalls 2018 Quattroporte and Ghibili Sedans Due to Fire Risk

More than 1,400 vehicles sold in the U.S. in need of repair to fix faulty fuel line, the company said.